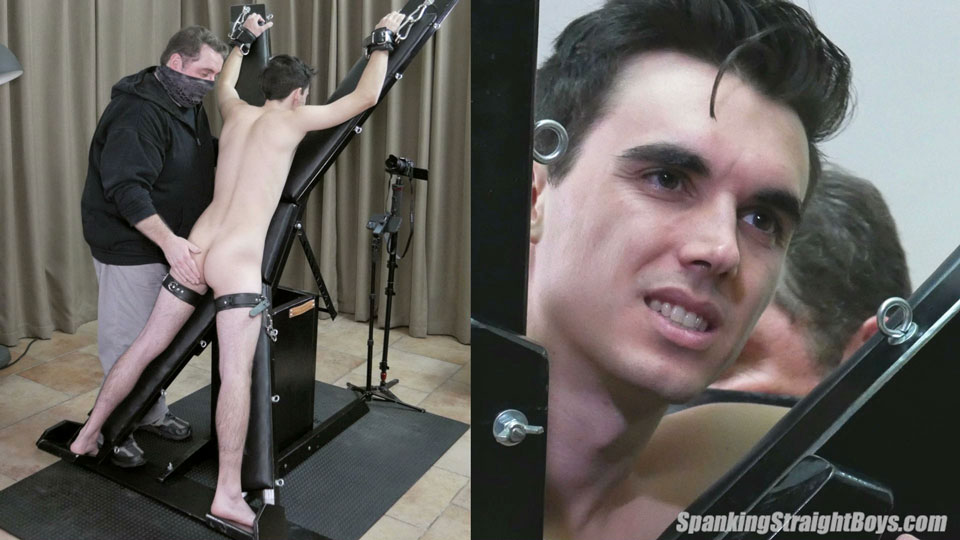 Carter, 22 and straight, was supposed to come in many months ago to get spanked in a suit and tie. Tom took him shopping and bought him a suit, which Carter then took to a tailor to have altered. However, Carter ghosted Tom for several months. Worse than that, Carter left the suit with the tailor for over six months! In fact, he had forgotten all about it. What the heck, it’s only money! 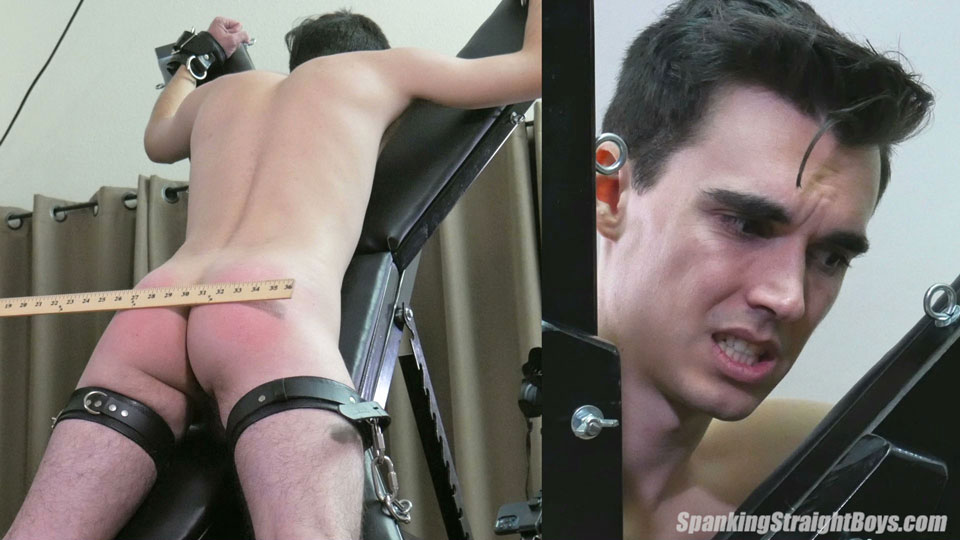 Tom straps Carter to the bondage cross and gives him a long, hard spanking while lecturing him about his irresponsibility with the suit. 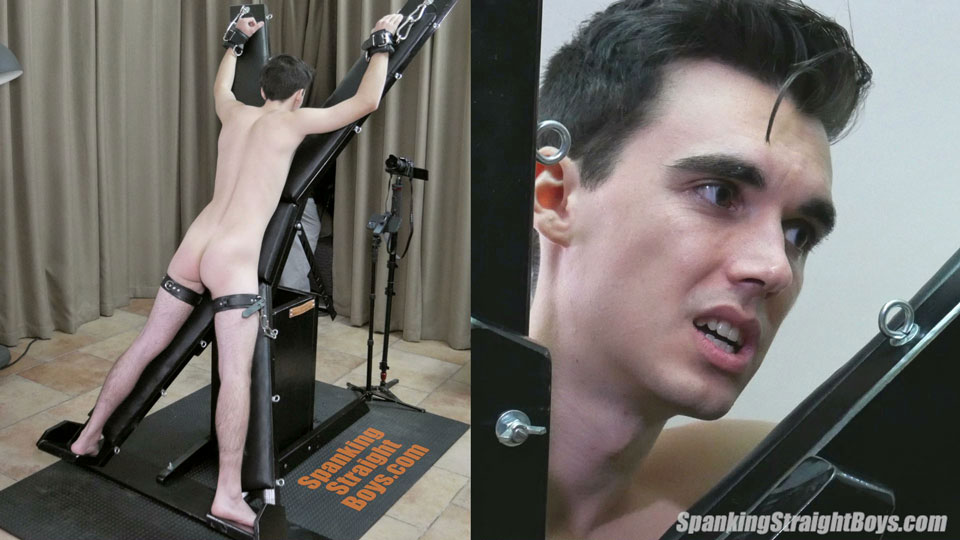 Carter apologizes, but apologies aren’t enough. He needs to learn a lesson about following through on his agreements and treating property with respect. Tom teaches him that lesson with his hand, a yardstick, birch, leather belt and flog. Carter is worn out by the end of this spanking. We suspect he’ll be more responsible in the future. 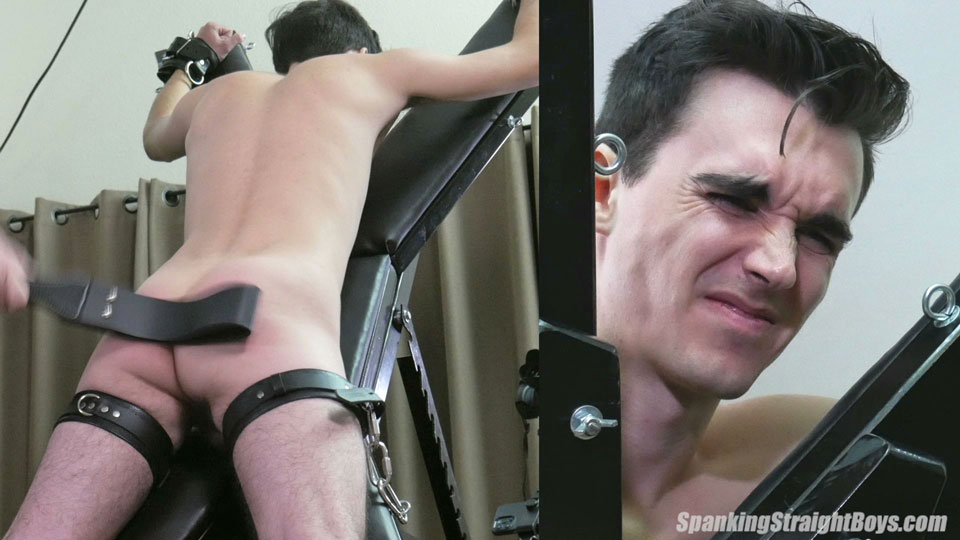 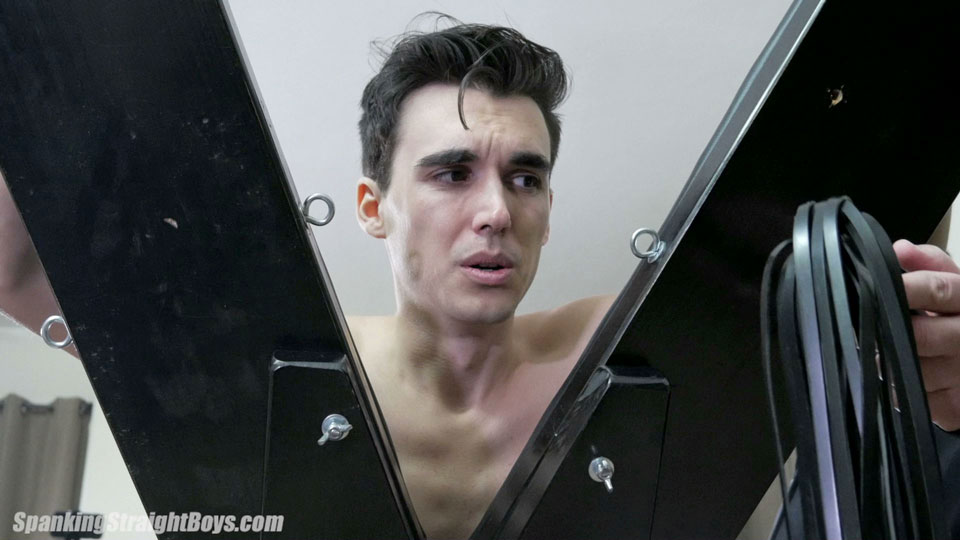 So, how do you rate the chances of us eventually seeing Carter in his suit? He’s a handsome young man who would look really good in a well-fitting suit – as it presumably will be by now! – and getting a good belting on those neatly tailored trousers…

Well, in THE suit is questionable (it probably isn’t available anymore). In A suit is almost a certainty. He better hope it’s THE suit! Glad you like it – Thanks – Tom

Carter would look good in a pair of skin tight jeans. How about Tom Carter in skin tight jeans in an over the knee spanking in his skin tight jeans. Good job on this 1 leather belt & Yard stick. Love the bondage. Carter was in pain. Hope it hard for him to sit down. Should do one. Then show them having troubles sitting down. Good job Tom you are the man

Wouldn’t mind taking him shopping for some. Make sure there nice & tight. Skin tight