Following on from Copper’s outstanding series on the history of Male on Male Spanking Videos here is an extra-credit class on the early History of Male Spanking products. In addition to all of the videos we recently reviewed, there were also a number of printed magazines that were available by subscription or in adult bookstores. Here is a sampling from Copper’s vast collection:

The three early competitors in the male-spanking business, Studio-7, Control-T and Man’s Hand, all produced spanking films but they also realized that not everyone had movie-projectors or video-players, so they also published magazines to highlight their spanking erotica. Long before the internet, these magazines also provided the invaluable service of providing personal ads, allowing subscribers to exchange contract information with other. While they all contained similar content, each magazine had distinctively different styles. Here is a little history and a few samples from those early magazines. 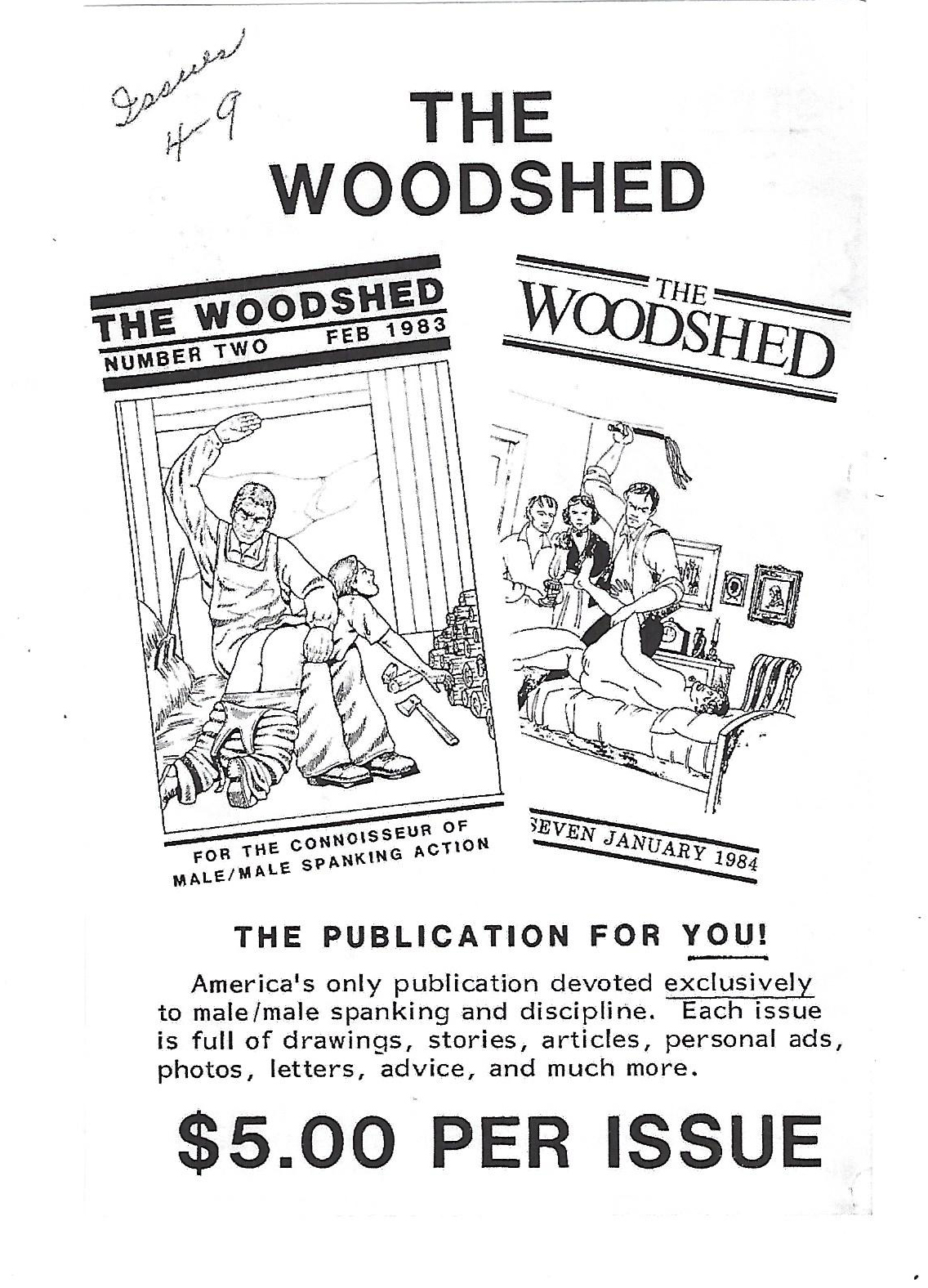 In 1983, San Diego based Studio-7, began publishing WOODSHED MAGAZINE, featuring ads for their video products, fiction contributed by readers, and “Personal Ads” for subscribers who wanted to meet other guys into spanking. Each issue featured a couple of illustrations by artists like Steve Burke and C of Sweden. Originally, Woodshed sold for $5 per issue, although by the time it was discontinued, the price had gone up to $10, or $48 for a six-issue subscription. The magazine was discontinued in 1995, after publishing a little over 50 issues. 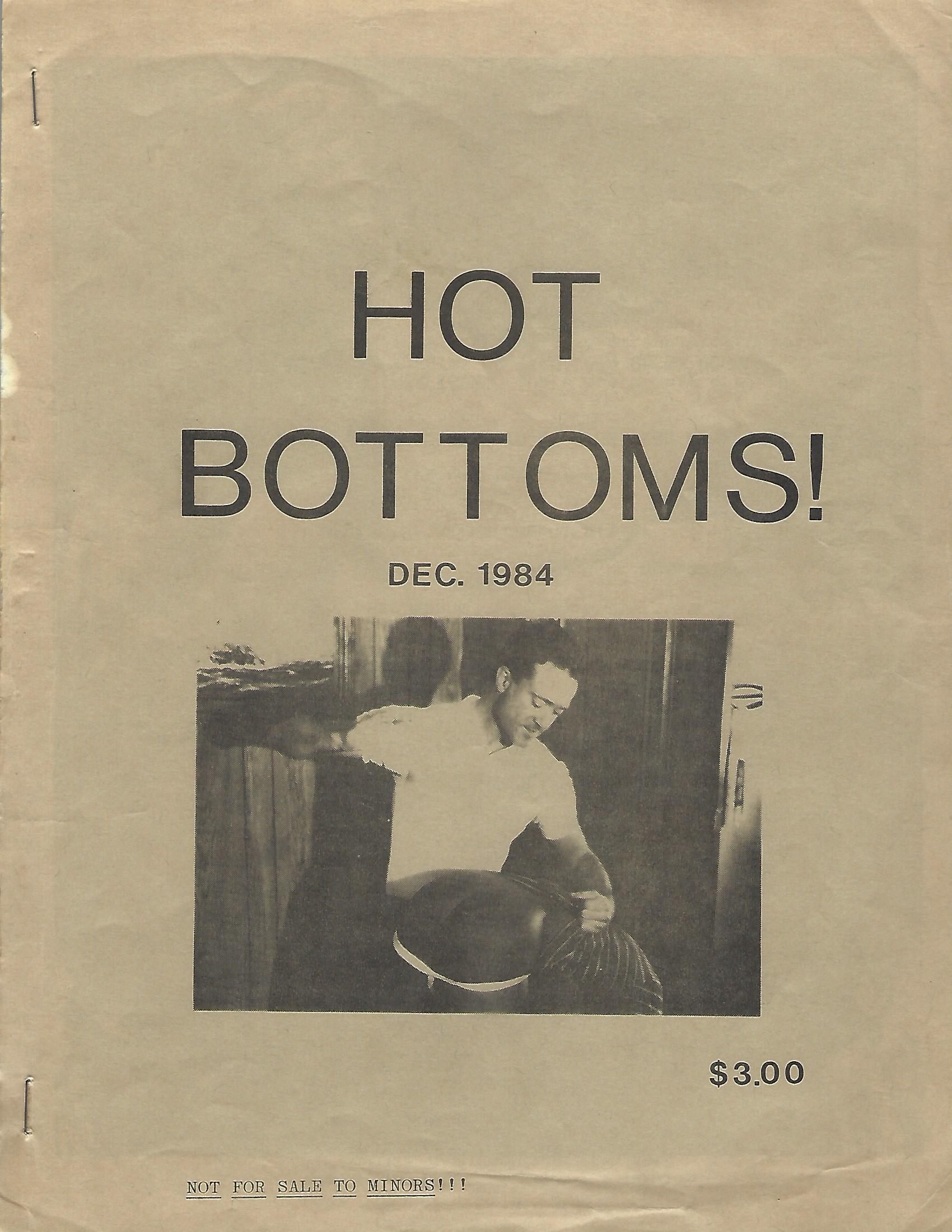 In 1985 Control-T Studios began publishing HOT BOTTOMS MAGAZINE Each issue was approximately 24-pages long and was printed in black-and-white, with covers on colored card stock and stapled along the left margin. Hot Bottoms featured original fiction that was occasionally illustrated, photos from their videos as well as some fan-drawings. The personal ads for readers was called “The Ads, Sir!” After Control-T was sold, the new owners did not share the passion for male-spanking, and the magazine quickly began to deteriorate. The stories that were originally packed tight in small type, were now set in 14-point type with huge headlines, wide margins and oversized illustrations to help fill-up the 44-pages. Stories from past issues were often re-used, and a quarter of the magazine was just advertising. In 1998 Control-T decided to stop Hot Bottoms, after publishing almost 60 issues. The magazine originally sold for $5 per issue, and by the time the run ended, the price had gone up to $9.50. Annual subscriptions (6-issues) were available for $46.95 per year. NOTE: The first male-spanking illustration I ever had published (shown below) appeared in Hot Bottoms in 1991. 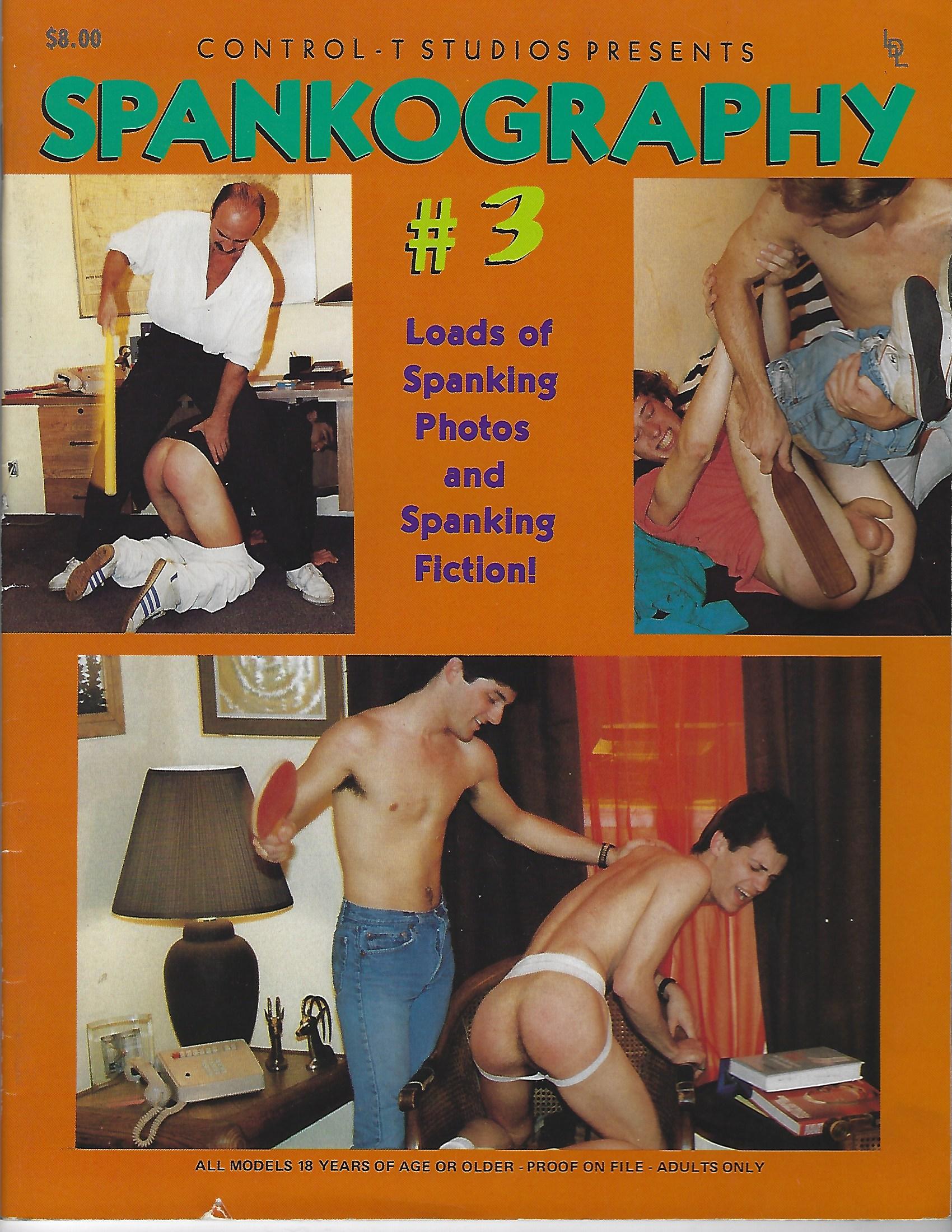 Introduced by Control-T in July of 1990, SPANKOGRAPHY was a series of seven slick magazines that were more eye-catching than Hot Bottoms for display in adult book stores. The photo-heavy magazines had six of the 48-pages printed in full-color. Each volume featured scenes from their previous five-years of videos, often embellished with captions and cartoon dialog bubbles. Occasionally they would include a story that had already appeared in Hot Bottoms Magazine. The final Spankography was published in March of 1992 and the series sold for $8 per issue (issues 1-5) or $8.50 (issues 6-7). 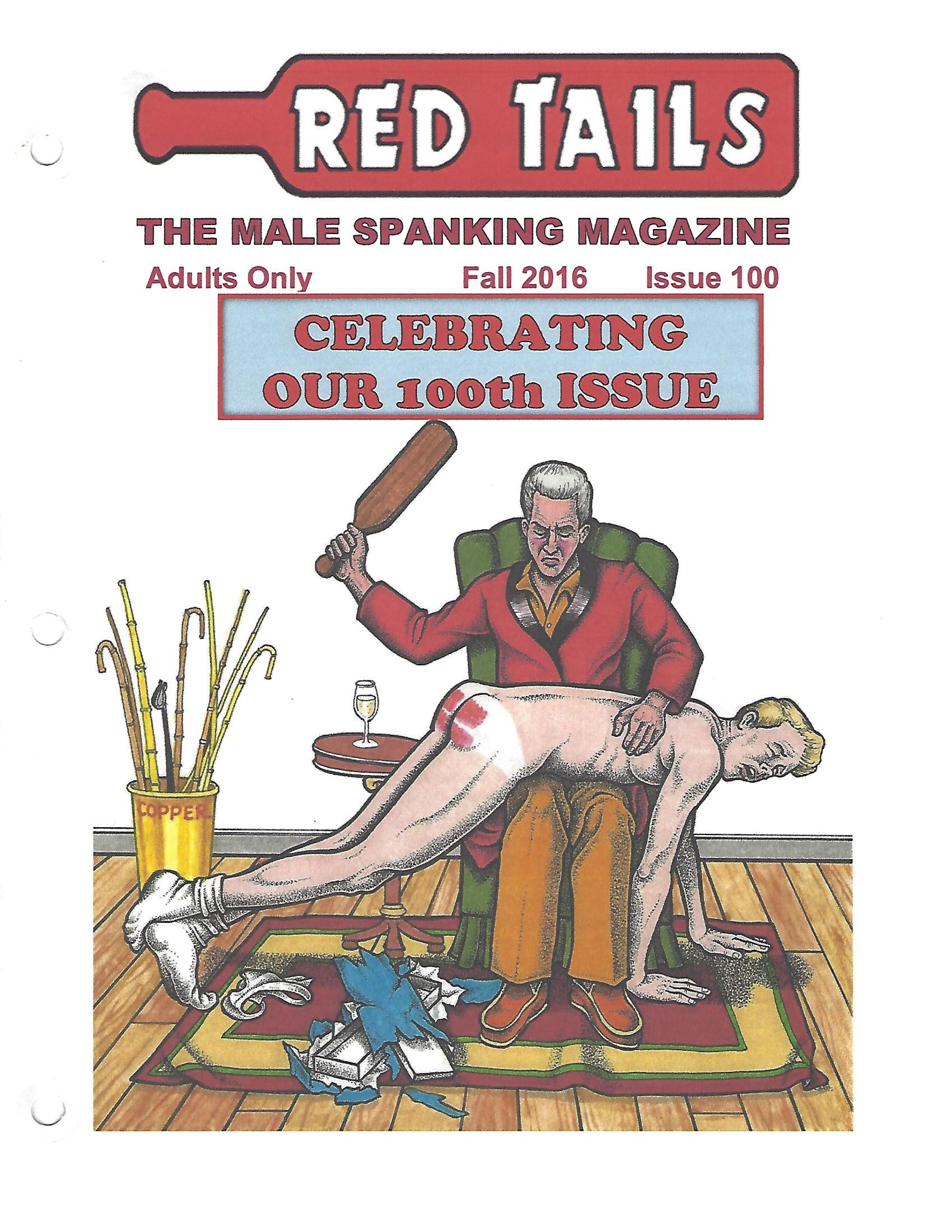 The “Grand-Daddy” of male-spanking periodicals, RED TAILS MAGAZINE began as a 22-page bi-monthly newsletter in June of 1992. Published by Man’s Hand Films in San Francisco, it grew into a quarterly 50+ page on-line magazine that covered the world of male-spanking for more than a quarter-century. In addition to the obligatory stories and photo-spreads from their videos, Red Tails featured an advice column, mainstream C.P. news articles from around the world, reviews of spanking products, websites and scenes from motion pictures and TV shows. Their classifieds were originally called “Red Tails Ads,” but eventually evolved into “Club Red Tails” that included special discounts and other perks. Scattered throughout each issue were original illustrations and cartoons by the top spanking artists in the world, including Jonathan, C of Sweden, Franco, Kirwan, Roscoe, Paul Michael Davies, Sean, Alan Paul, Axel, and many others. Over the decades, Red Tails was the only magazine that paid cash to artists (rather than offering free products or advertising) and they are responsible for much of the art from that era that is on the internet today. For the last twenty-years, I was the staff artist for Red Tails, personally creating over 1,400 custom illustrations, cartoons and mastheads.

While Red Tails Magazine was available in about a dozen adult bookstores across the country, it was primarily distributed by subscriptions that cost $40 for 6-issues and included a free personal ad. Over the years, Red Tails changed to a quarterly publication and eventually raised the price to $50 per year or $15.00 per issue. In 2006, Red Tails ceased printing the magazine on paper, opting instead for a full-color digital magazine that could be downloaded.

.Between 1991 – 1994, Man’s Hand published a series of seven SPANKING ANTHOLOGY magazines that were 48-pages long, featuring favorite articles, fiction and black-and-white illustrations. As a follow-up, in 1995 they published a SPANKING ART FOLIO with nothing but all-new illustrations and cartoons by six of their favorite artists.

In January of 2020, Gilbert Connelly, the owner of Man’s Hand Films and editor of Red Tails Magazine since the very first issue, announced that he was going to call it quits. Over those 28 years, he published 112 issues with over 5,000 pages of male-spanking content. In 2007 they actually published a special “April Fool’s Edition,” that was a parody of spanking magazines (I will attach the cover featuring Alfred E. Newman going OTK). Back issues of Red Tails are still available as downloads while Gil works on selling the video company, but once it’s gone, the magazine will also be history. I am including a few covers through the years, as well as a few pages to show some of their incredible content.

Below are a number of photos, images and pages from the various publications listed above 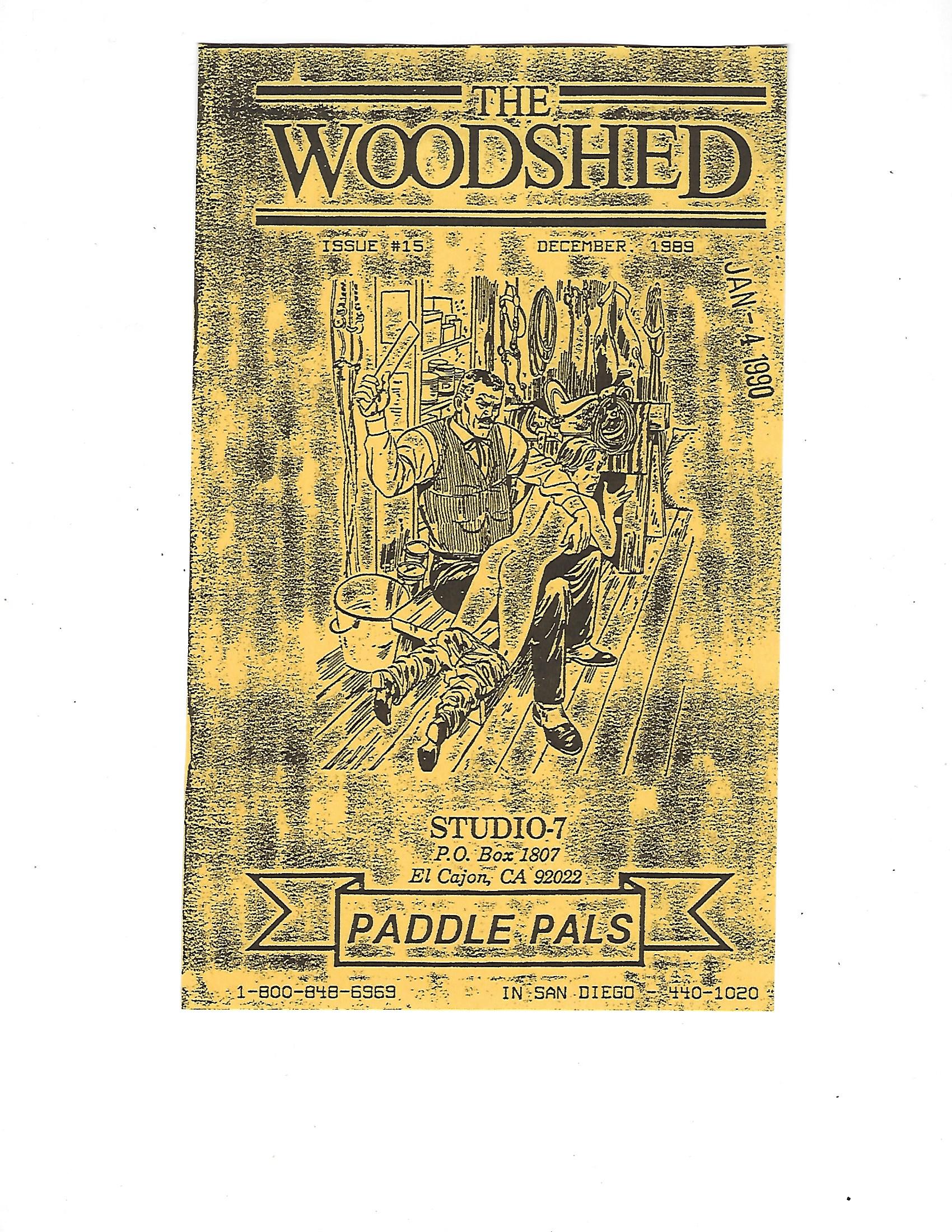 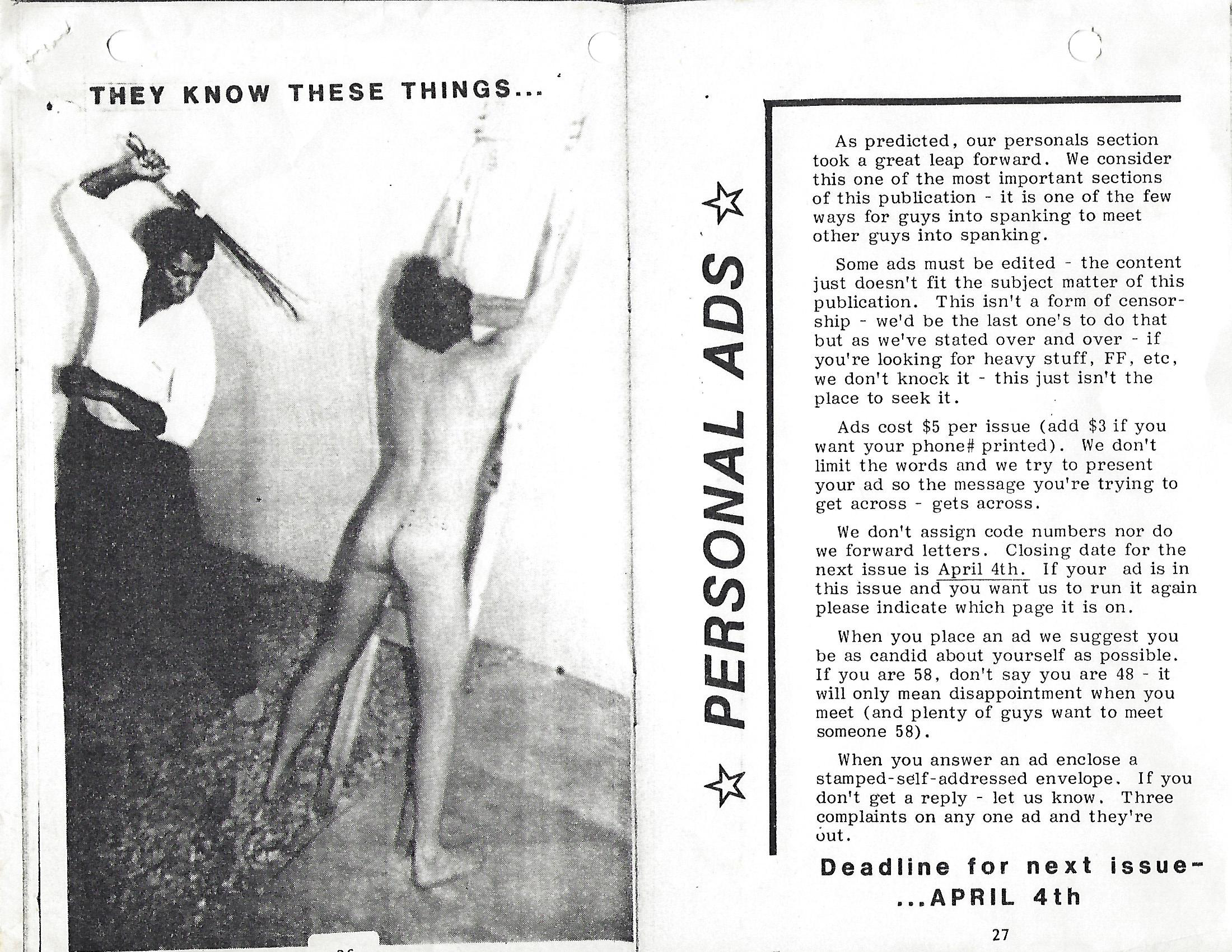 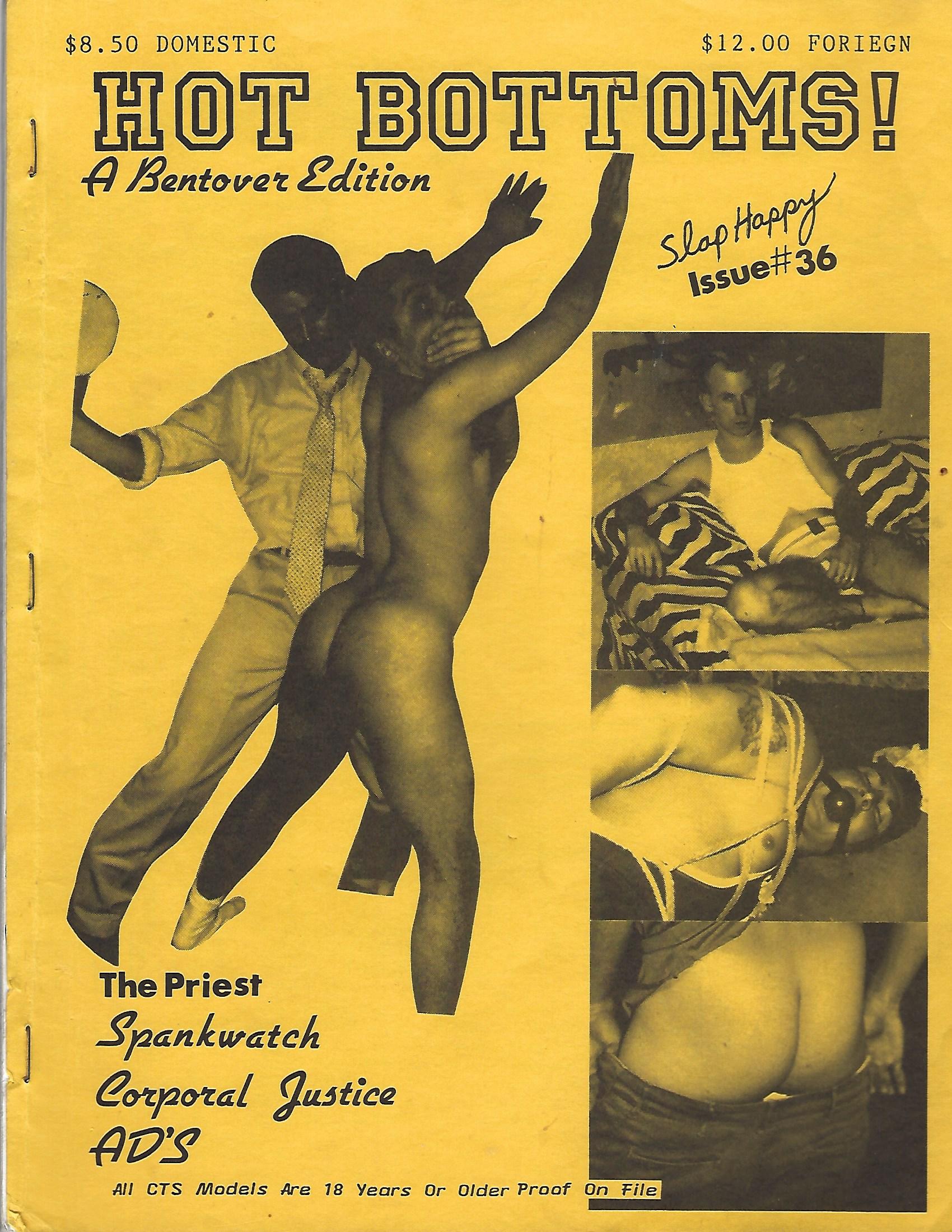 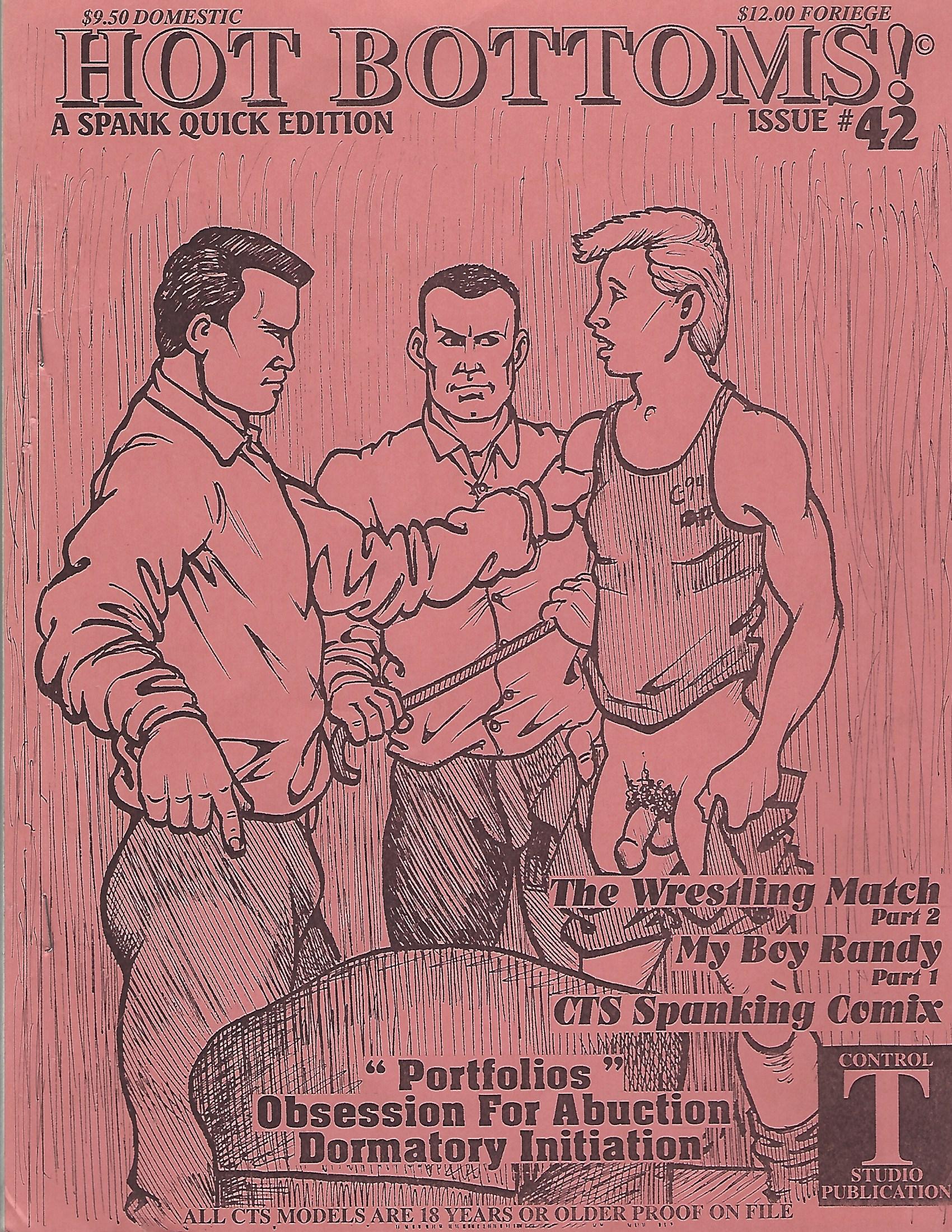 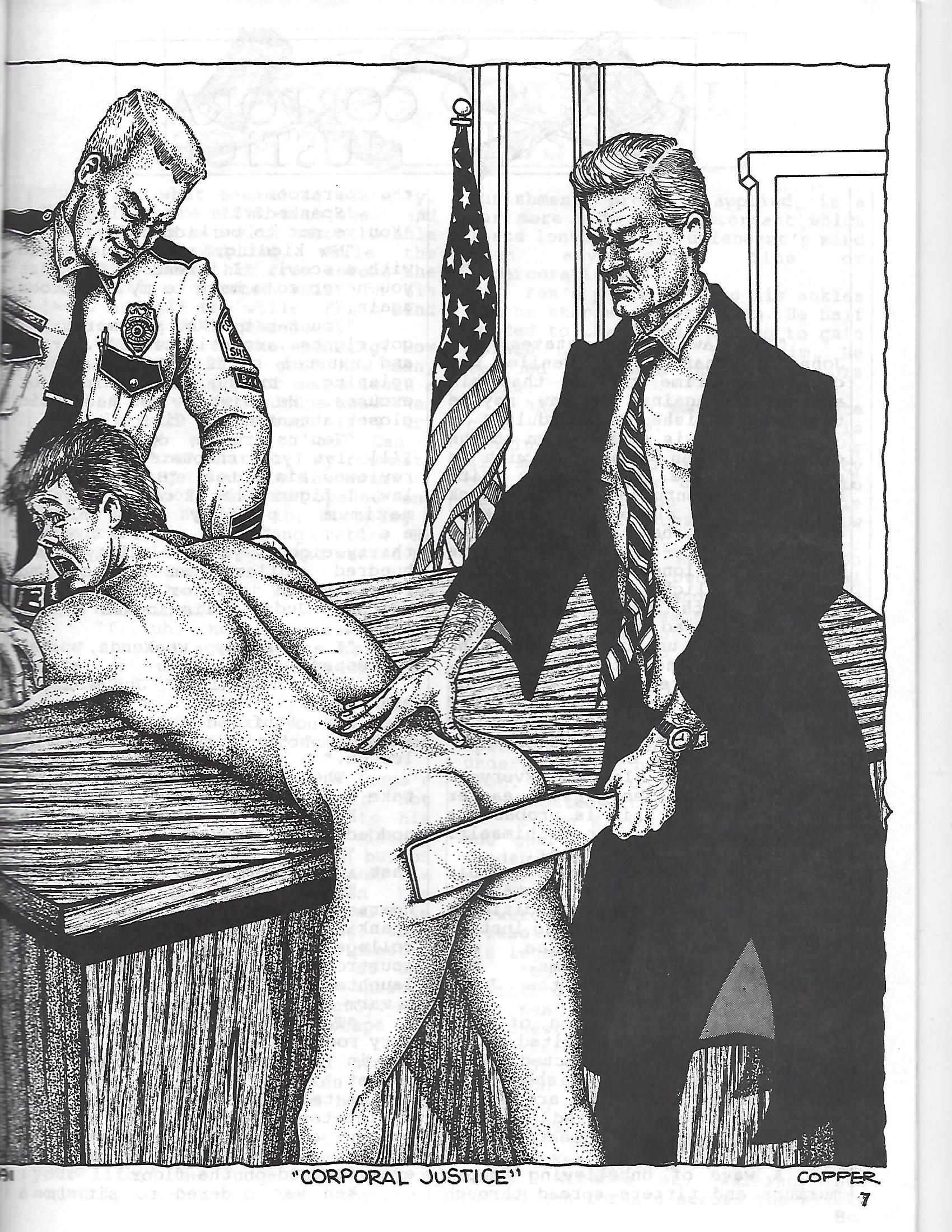 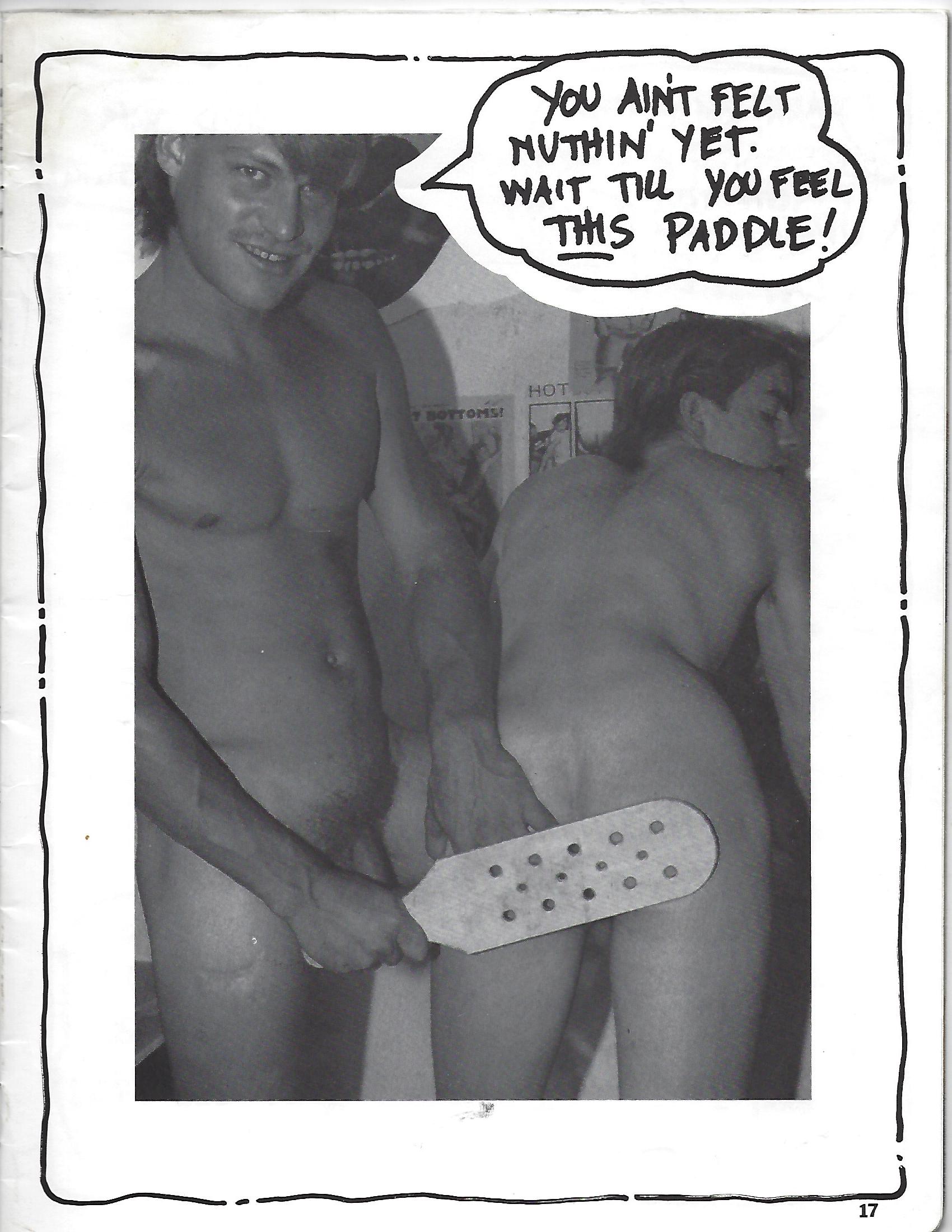 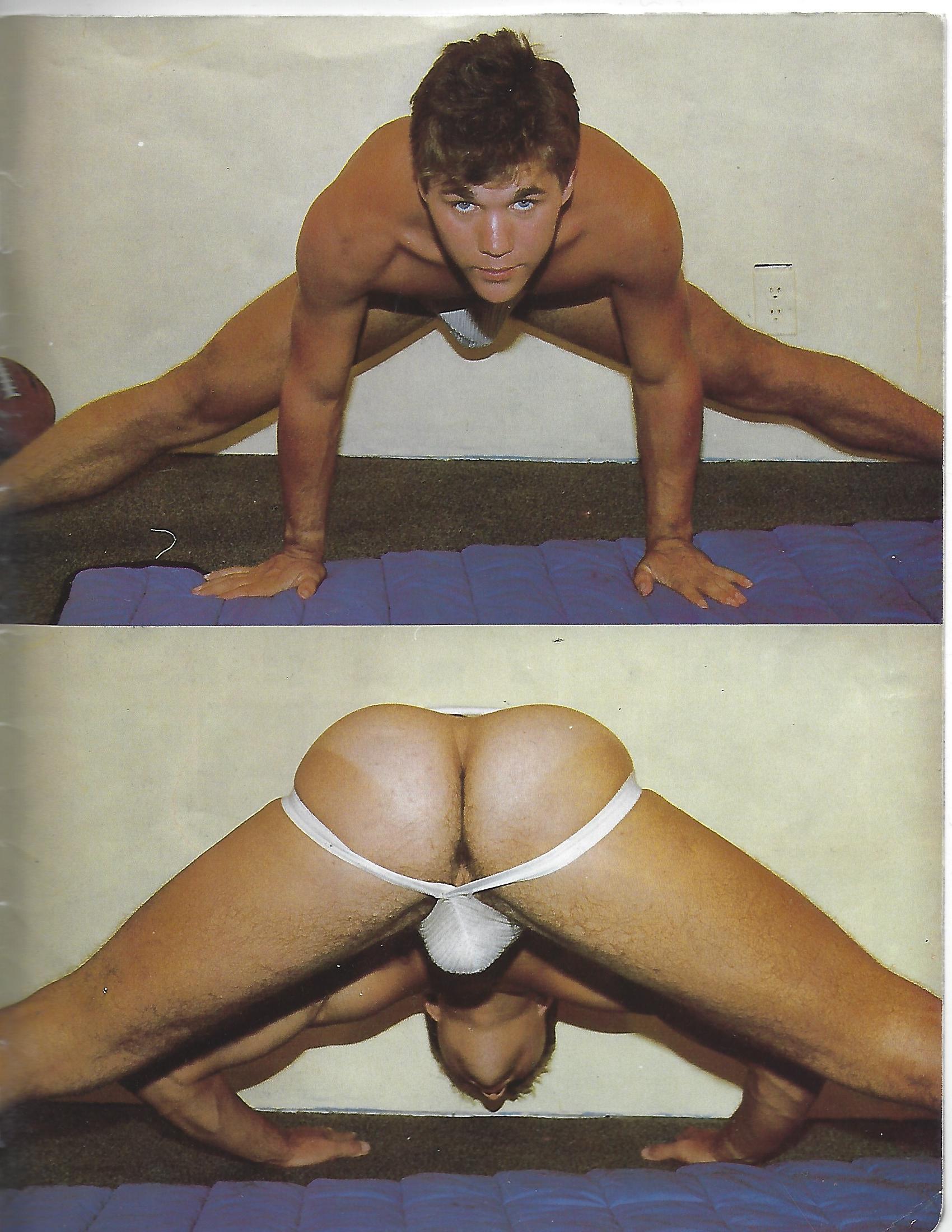 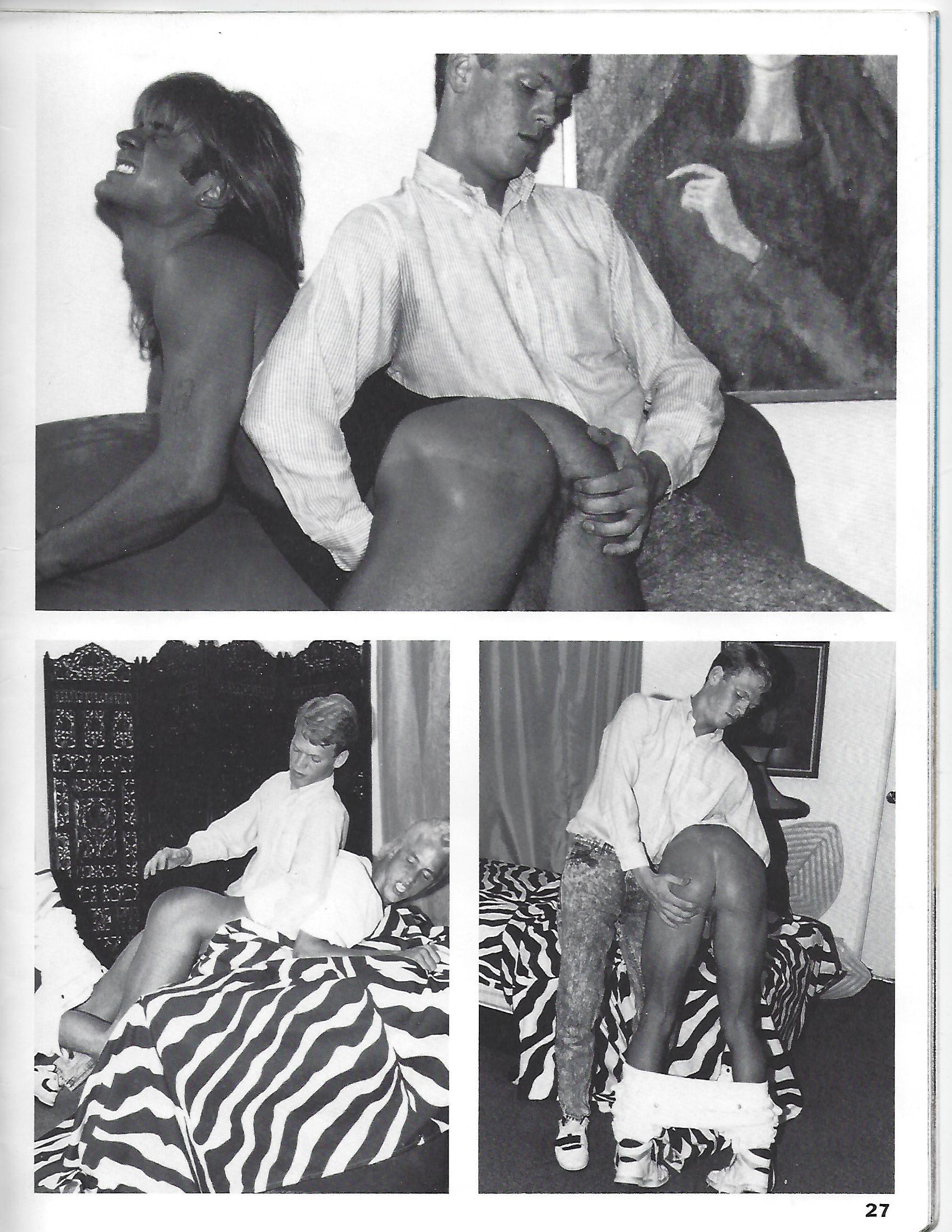 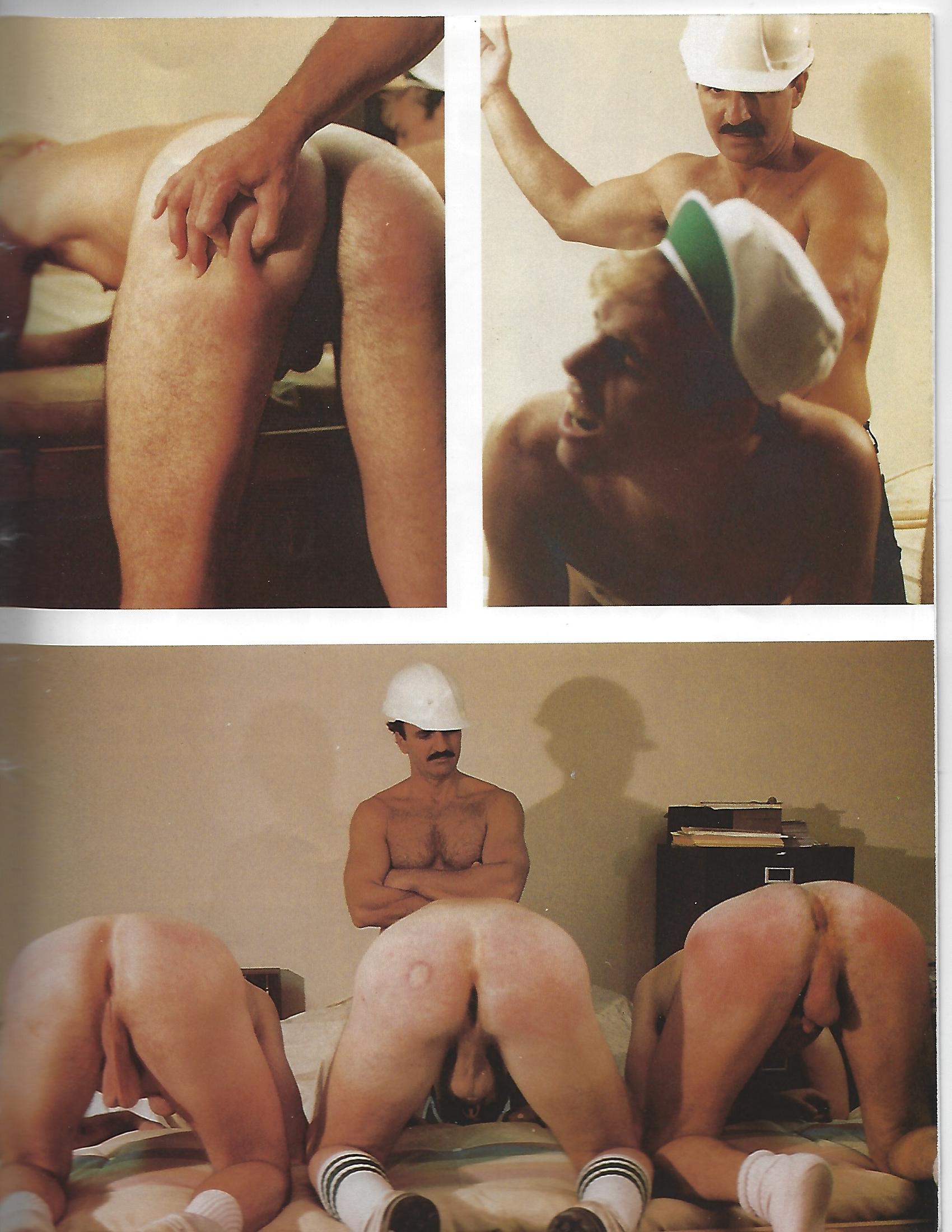 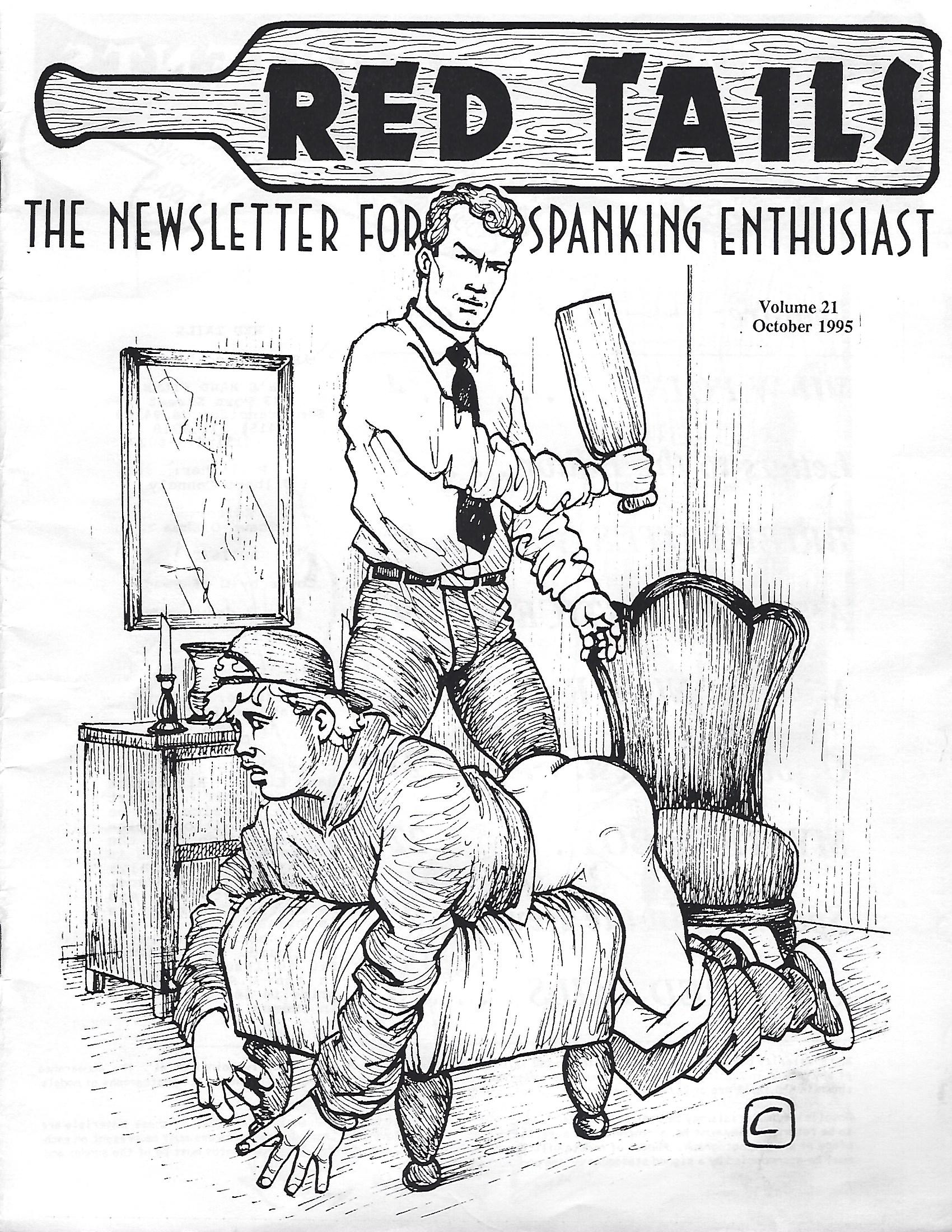 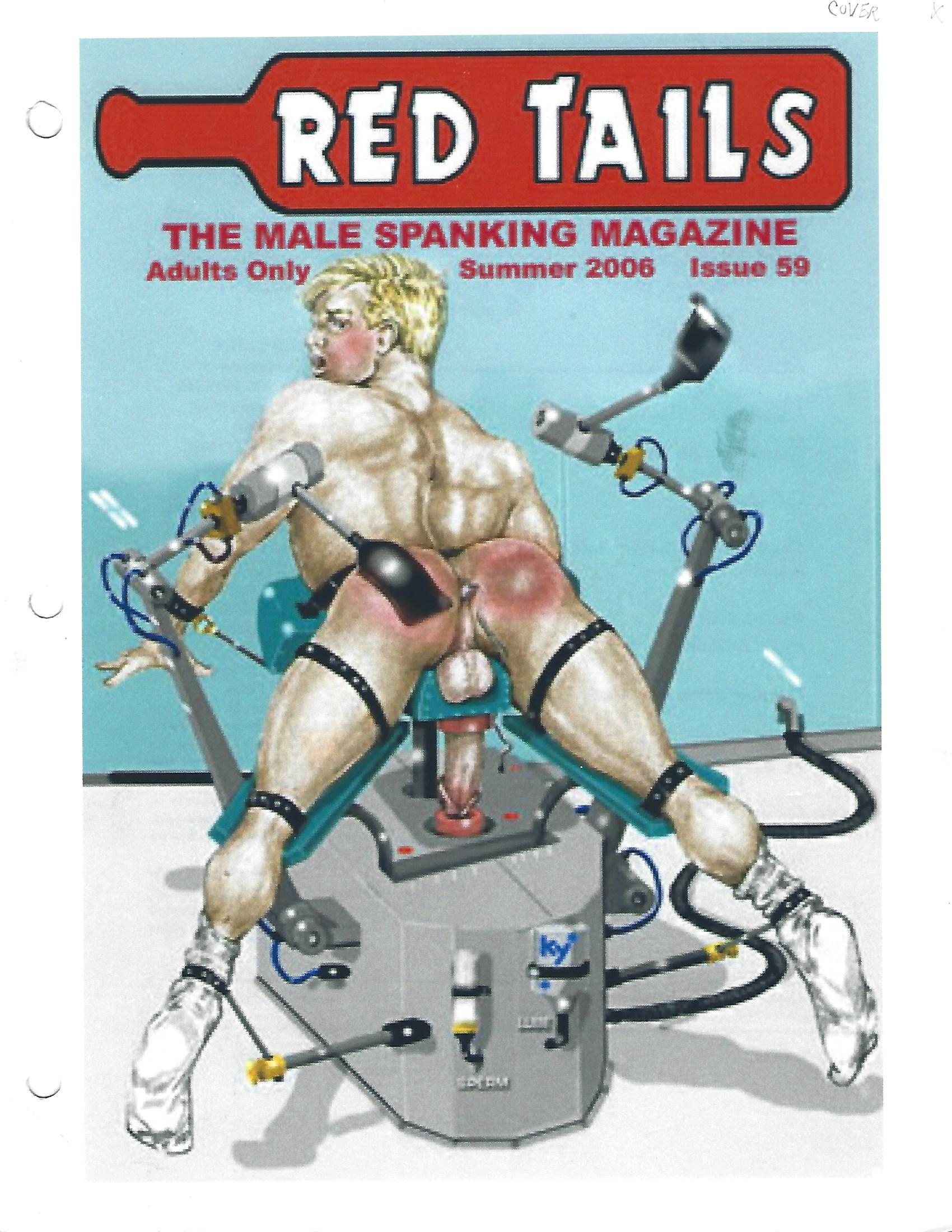 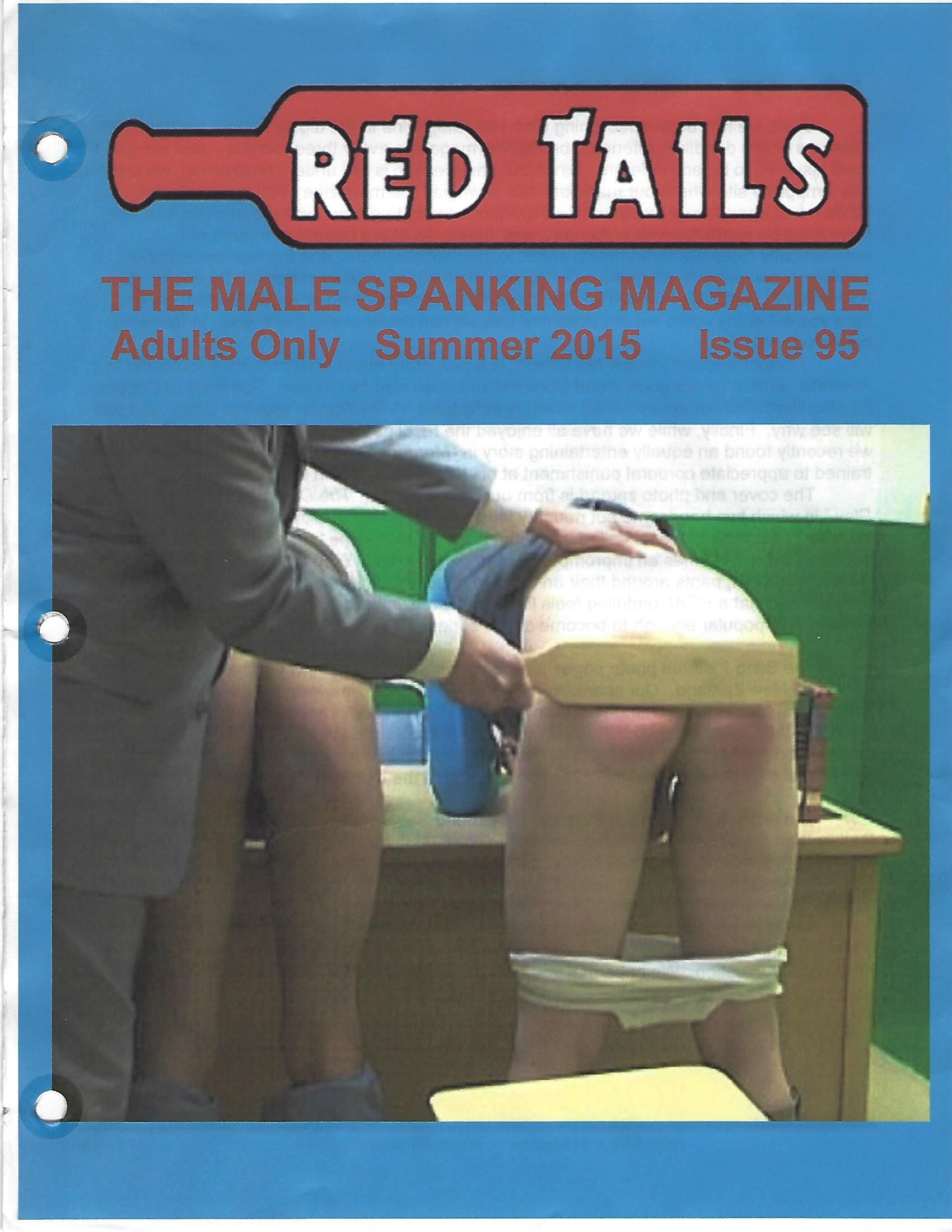 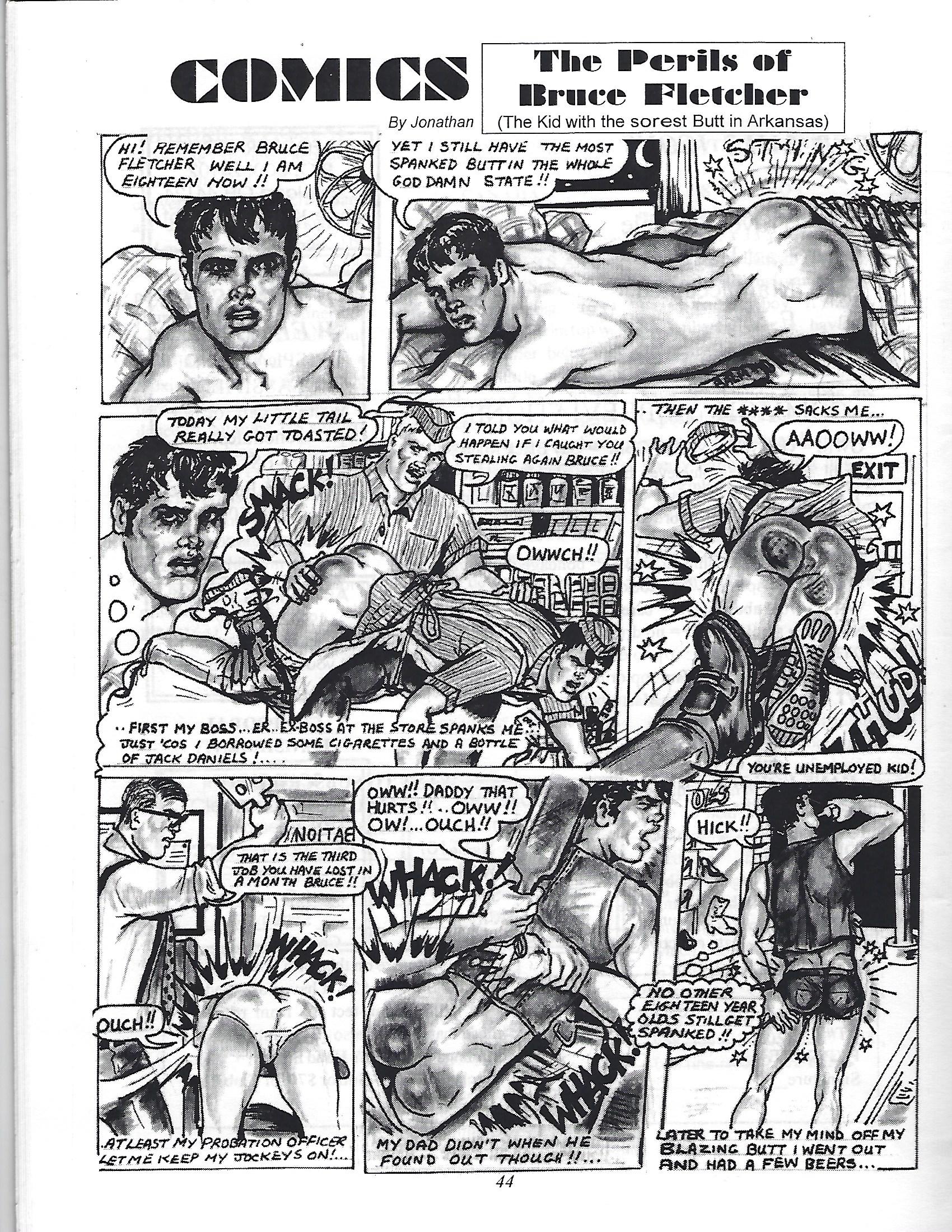 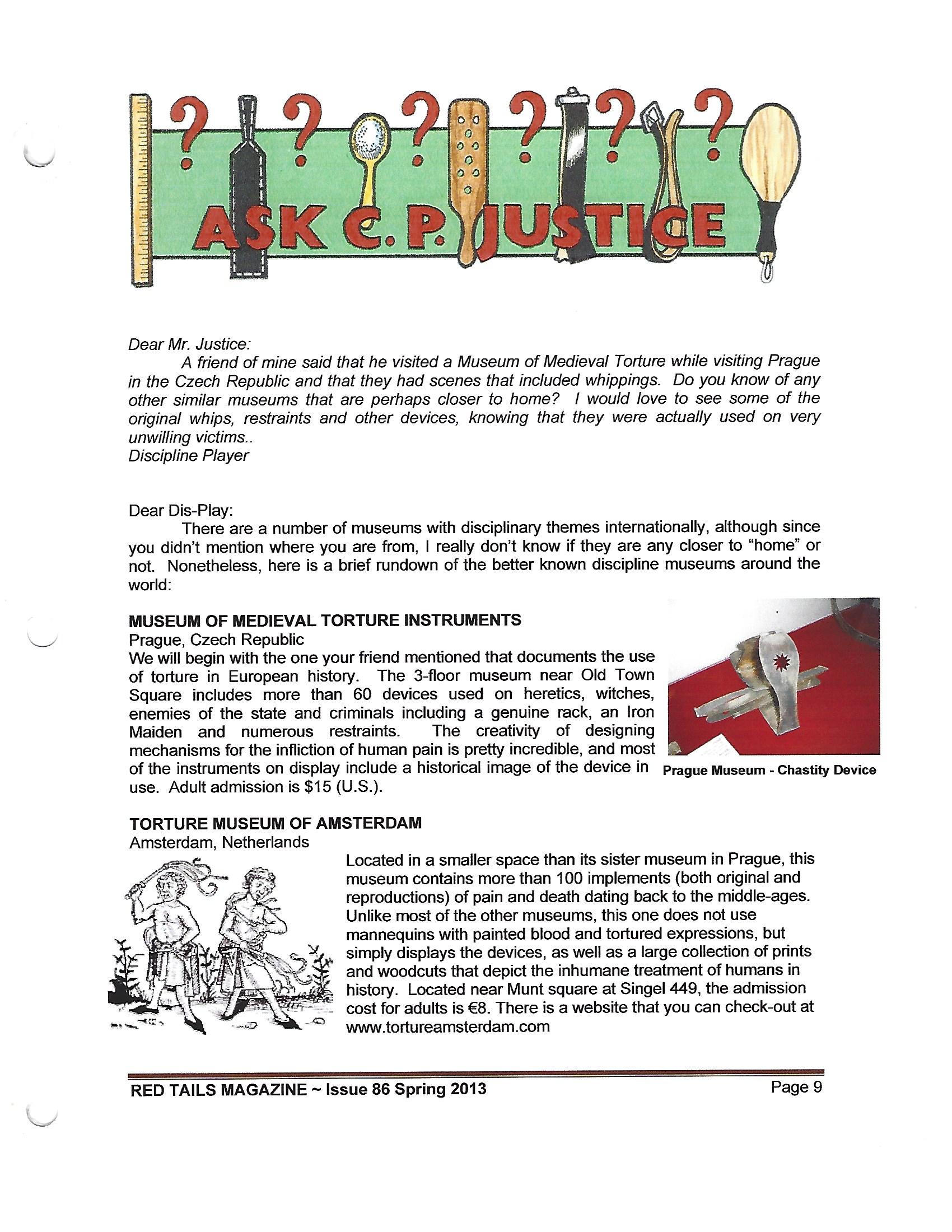 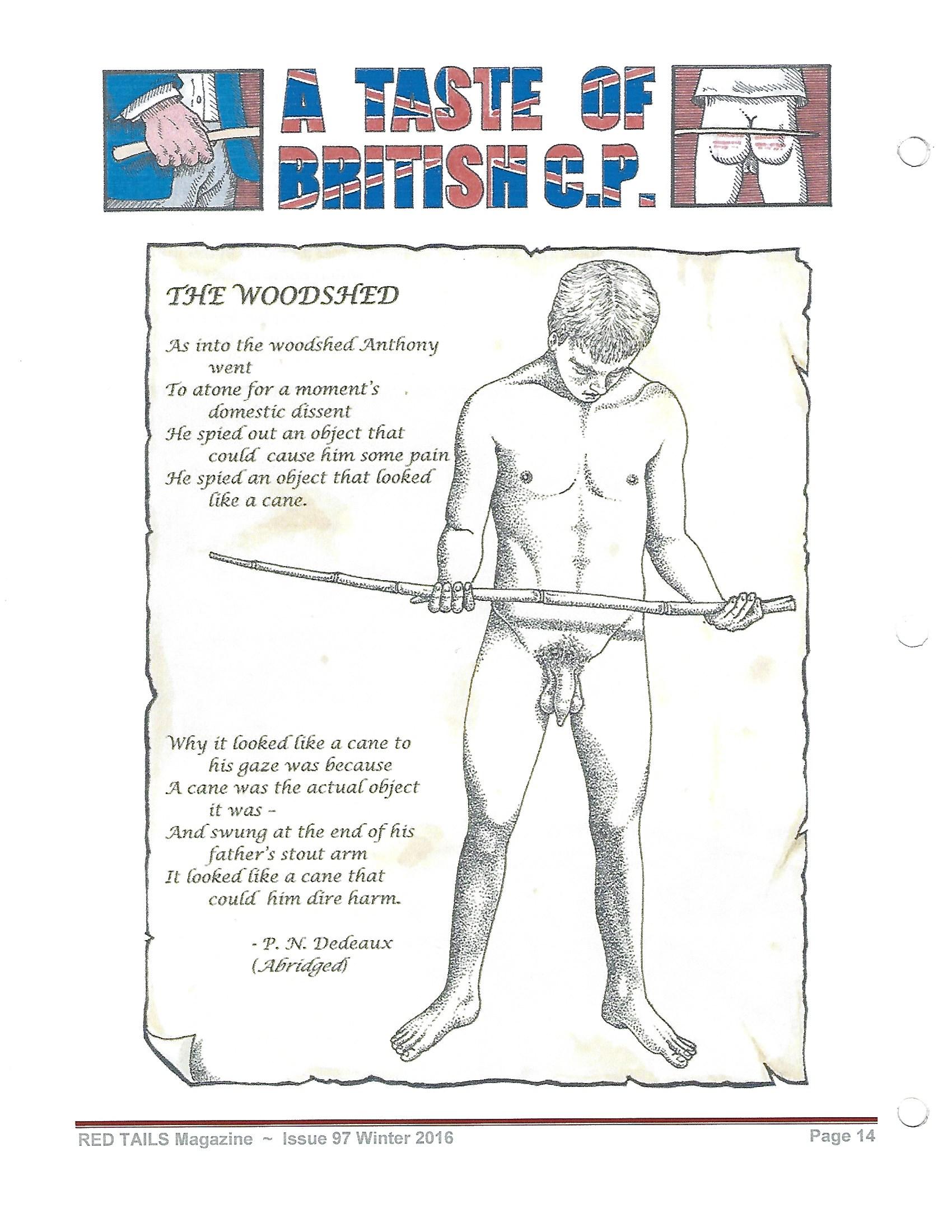 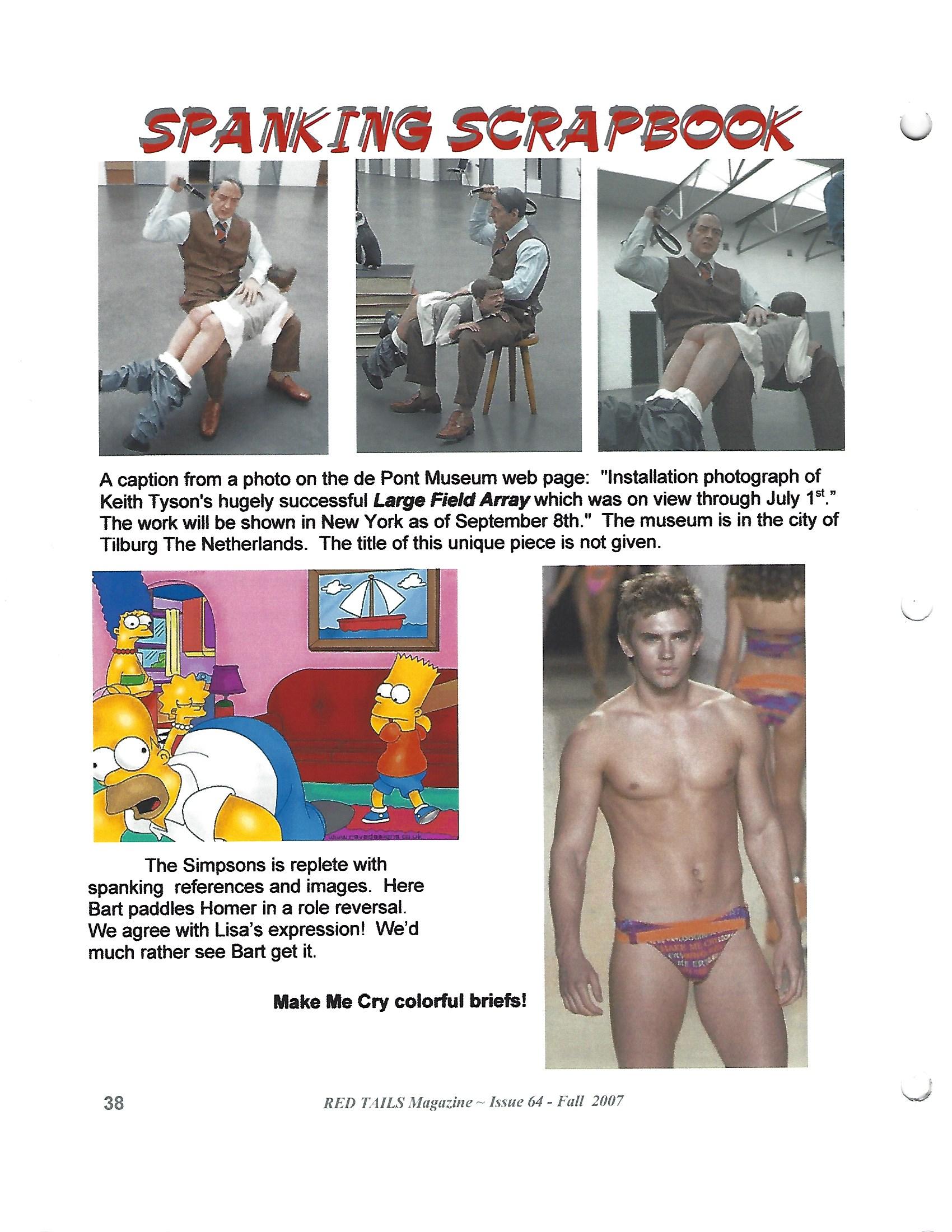 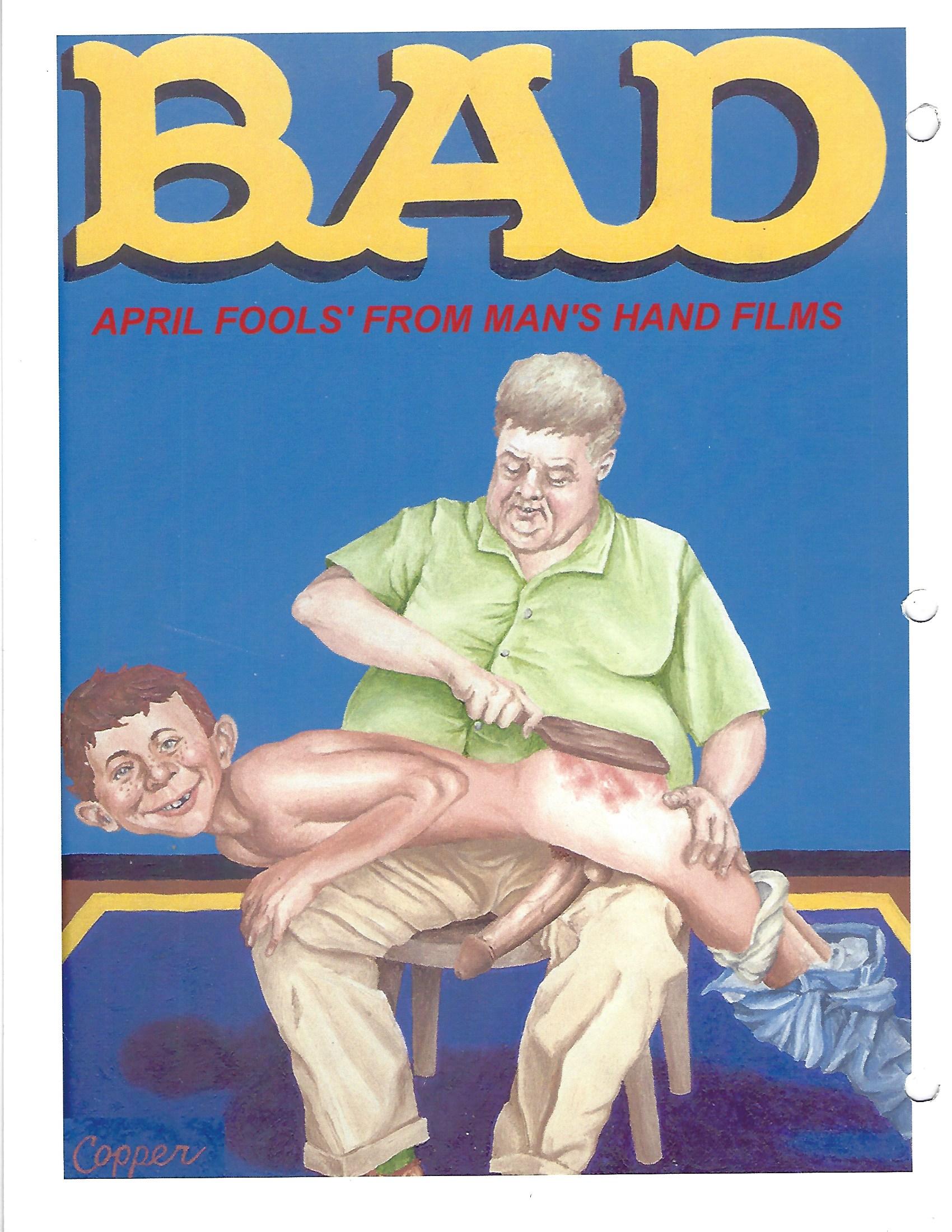 Gosh this makes me feel old! And how ‘innocent’ were then pre-internet.Can I send you stuff about Brit. magz of same date?
PS artist Johnathan was a Brit

I am going to include a couple of the British magazines in Part 2 – but please share whatever you have with the group. The more we learn about and document our history the better!

Thank you so much! This is fantastic. Would it be possible for you to share more scans from the magazines – particularly those published by Studio 7 and Control T, which have long been out of business?

Do you know where I could find the first Bruce Fletcher comic strip? the one in this thread

has been posted online a lot, but there was one before that.I would be very grateful if some one could post it or at least steer me in the right direction for finding it.

Thanks for the great history lesson! I believe photo SG-2 is Sparky O’Toole spanking Christopher Jacobs In Paddle Brats from Control-T Studios. Does anyone know where the video is available? Or maybe a pic set? Thanks in advance & again, a fun history lesson!