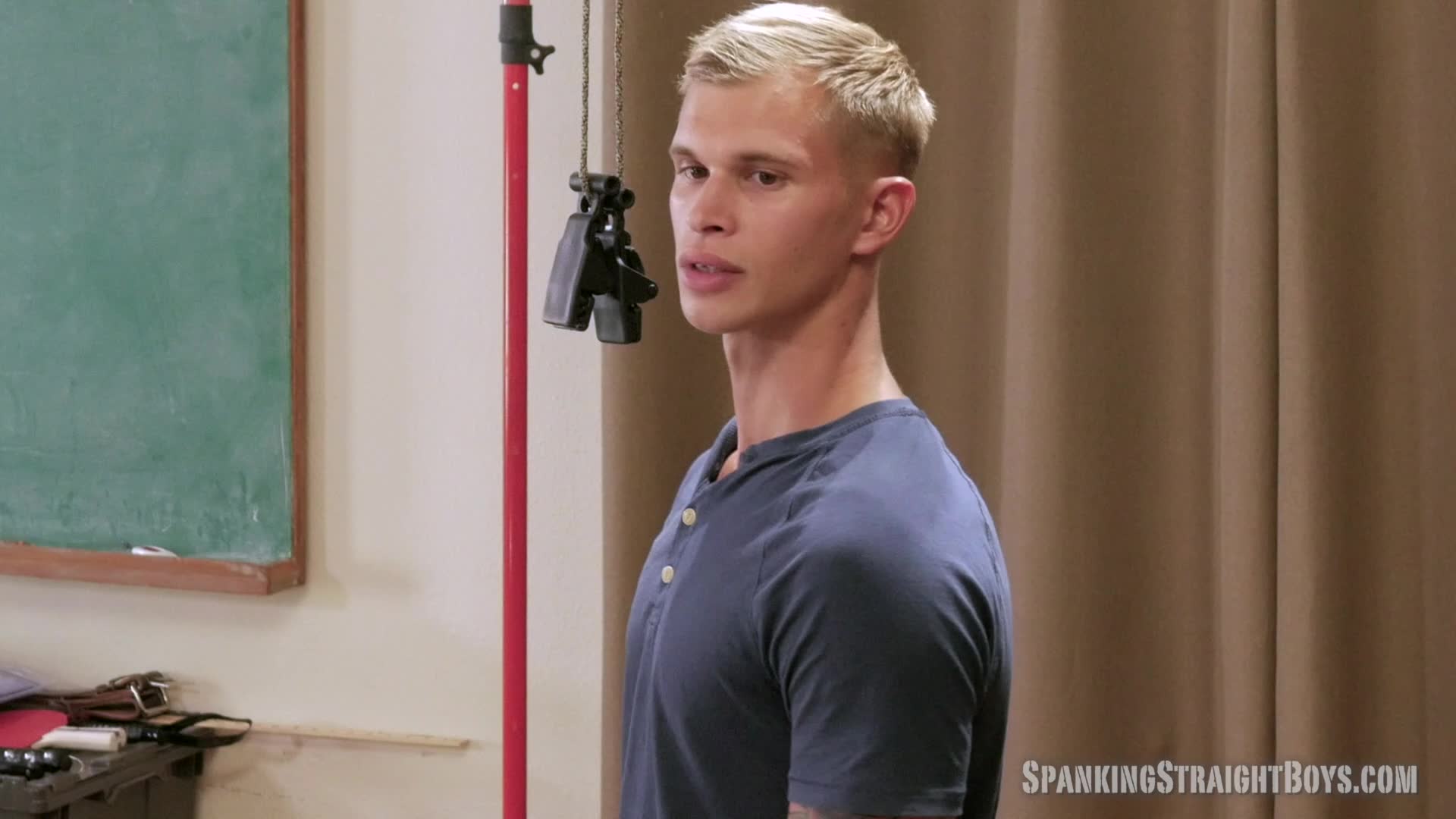 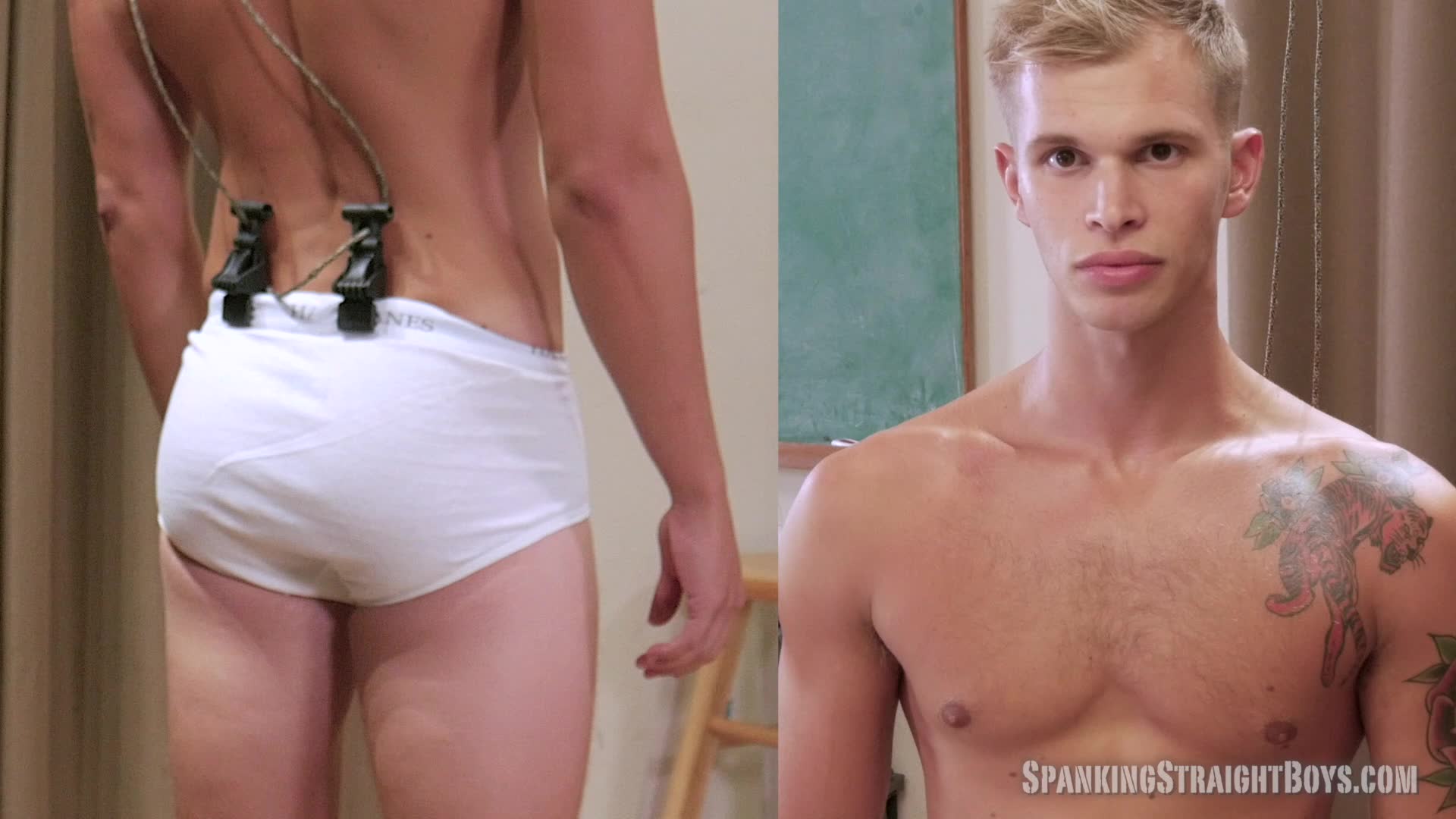 He is a tough, masculine guy who knows how to fight. Today, however, he’ll be getting his ass whipped by Tom (with added discomfort and humiliation)

Click Here or on the Continue Reading tab below to see more pictures and a video preview. WARNING this video features the use of a large sex toy 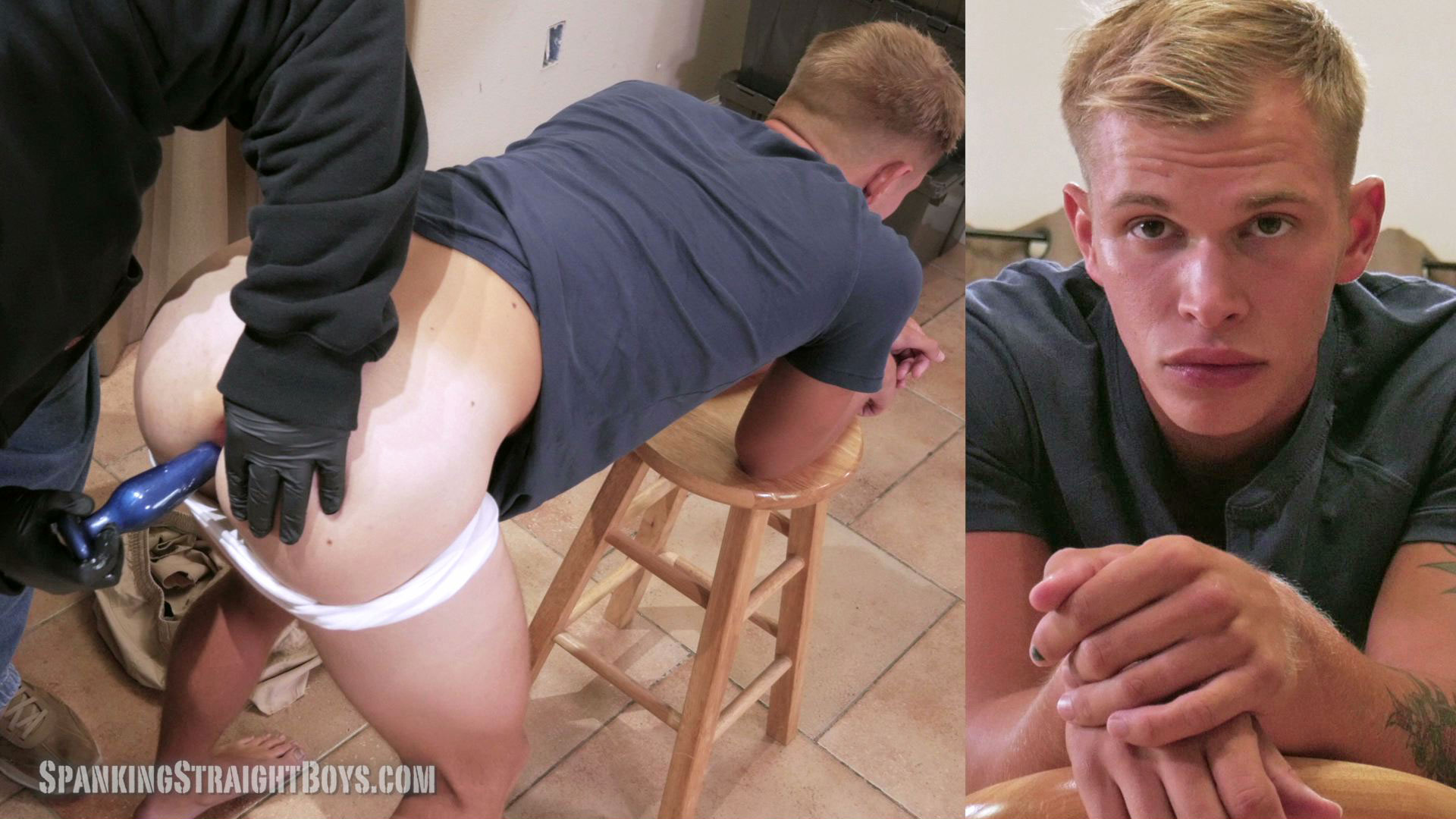 Dustin wanted to do another video (or at least his wife wanted him to). Tom has been wanting to do another wedgie and butt plug spanking. The dynamic of a wedgie and butt plug spanking is great because the boy being spanked really stays still. While he might want to react to the spanking, he has also has to concentrate on the wedgie that’s pushing the plug farther and farther in.

Dustin showed up commando (wearing no underwear), so Tom had him put on a pair of tighty whities. 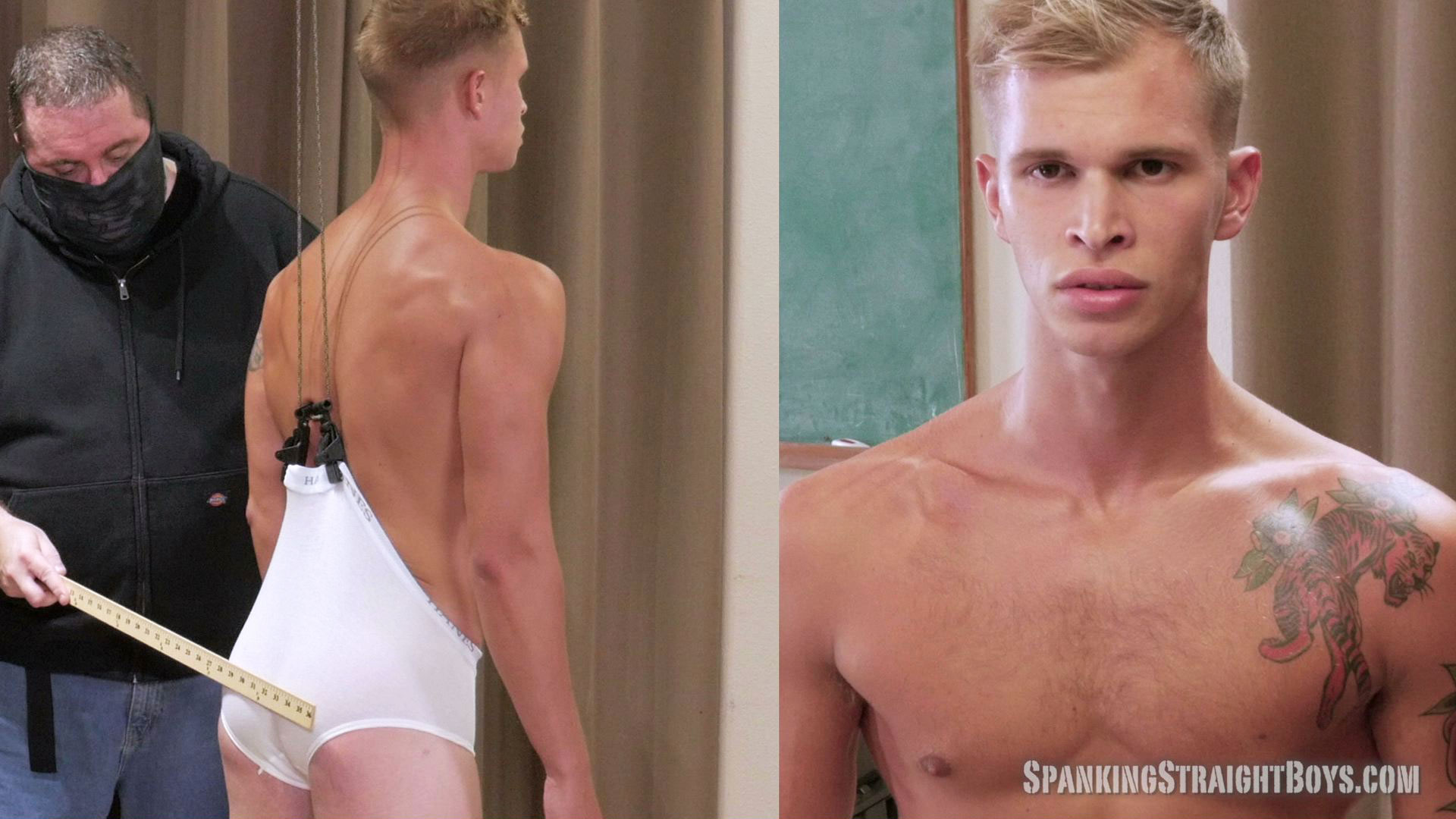 Tom uses his hand, a ping pong paddle and a wooden yardstick on Dustin’s firm butt. Each whack emphasizes the presence and discomfort of the wedgie and butt plug. 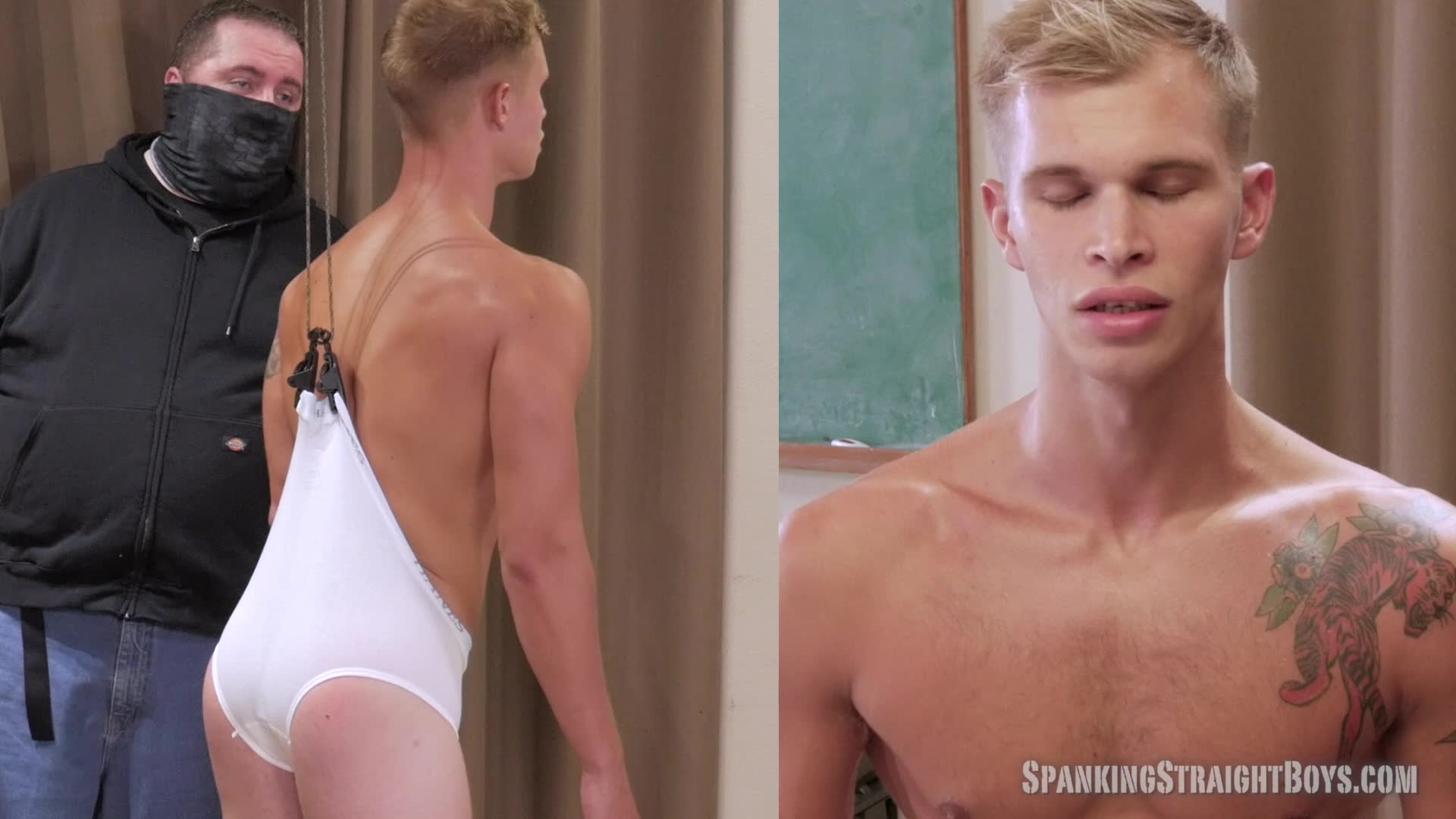 If that isn’t bad enough, Tom keeps lifting Dustin higher into the air with the industrial hoist that is attached to the waistband of Dustin’s underwear. It’s an uncomfortable, humiliating situation for a straight young man to find himself in 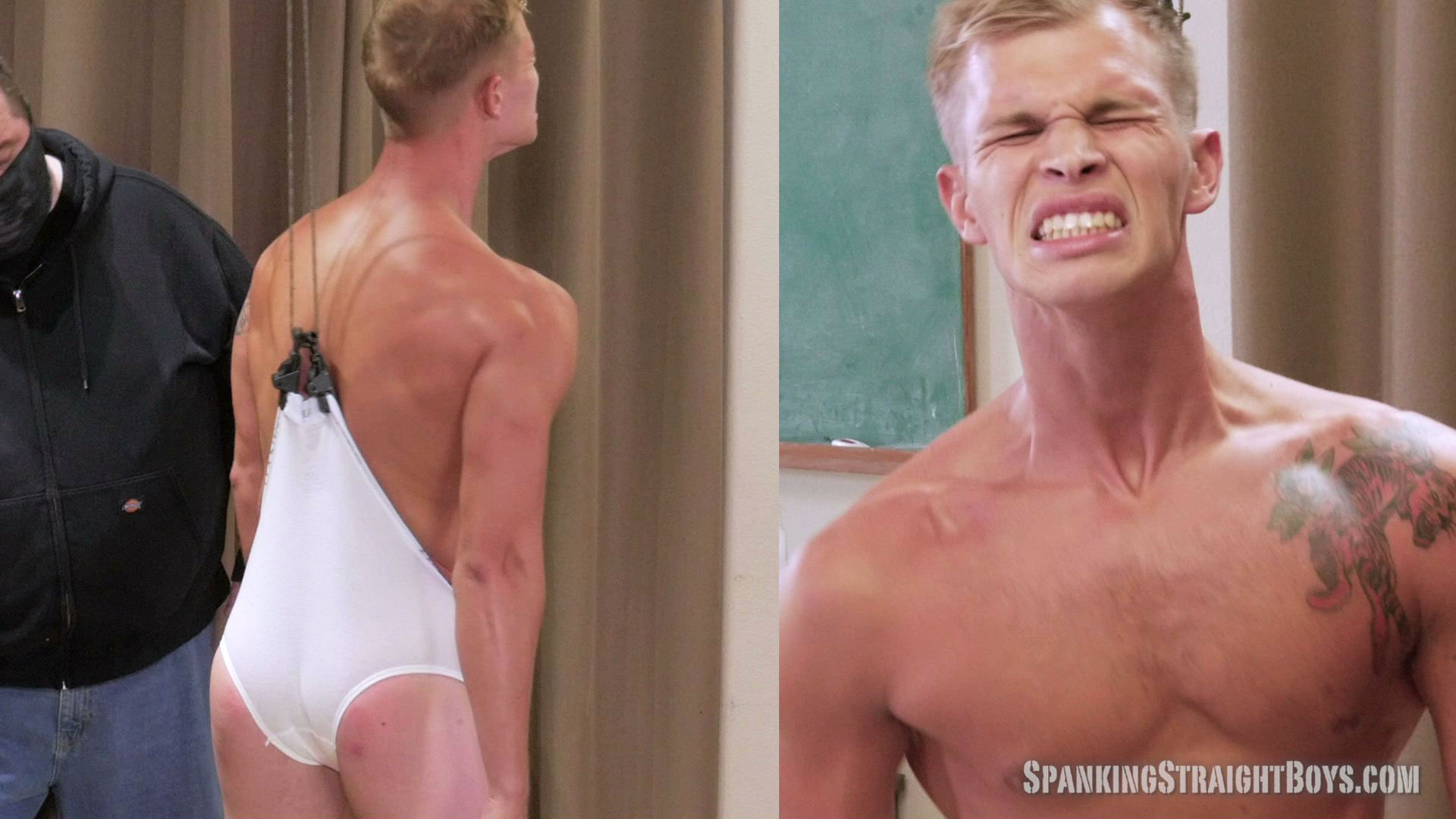 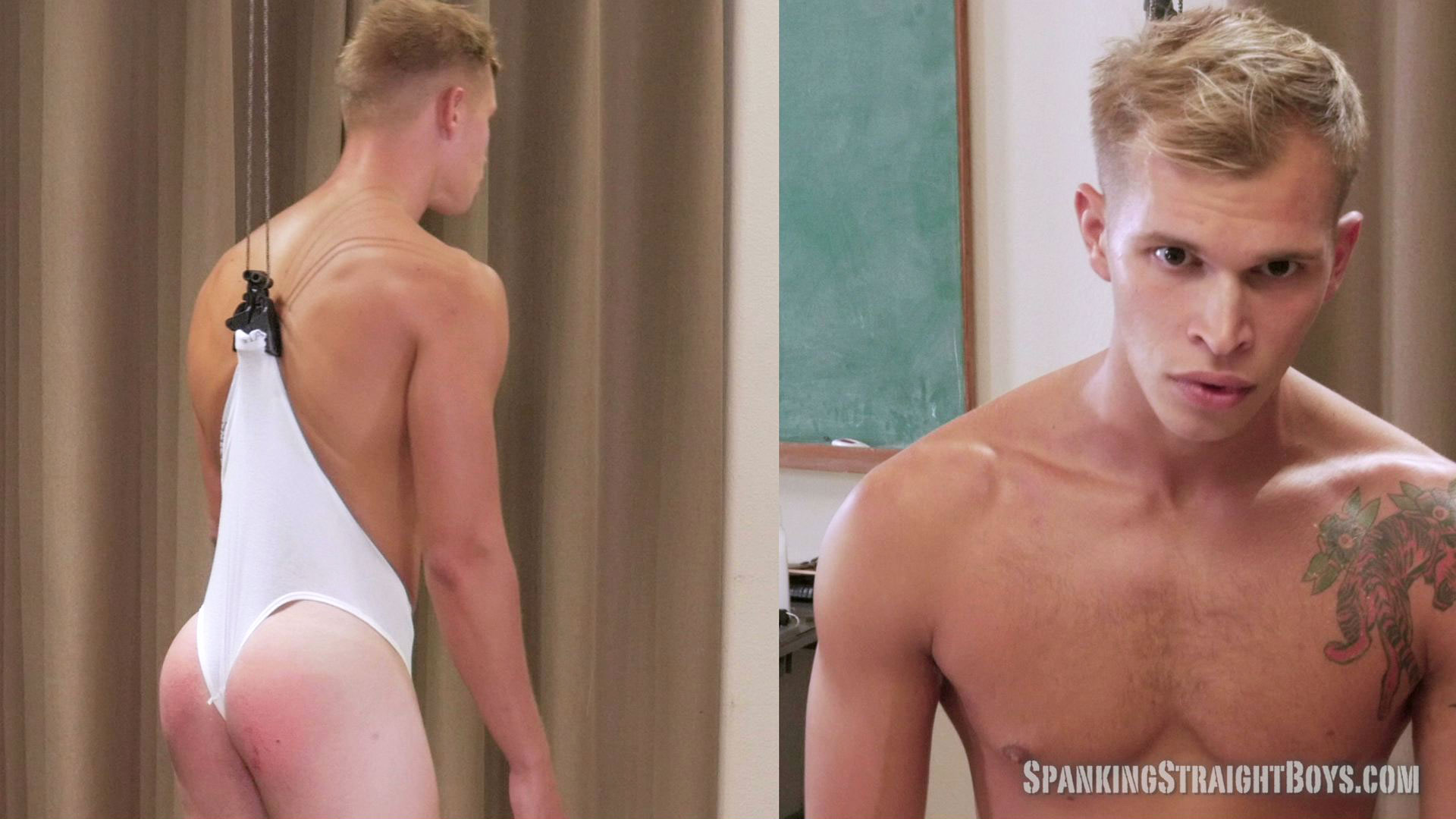 Dustin had no idea what Tom had in store for him. He had never even had a wedgie before today.

WARNING this video features the use of a large sex toy

This boy + video concept is a dream come true. It’s like picking out one of the most beautiful guys from a runway fashion show and saying “Yeah, I’ll spank him.” Bravo!

Hi J – Thanks! I’m glad you like Dustin. He has certainly proven to be popular. This particular scenario makes them really be present in the moment! – Tom

This fantastic looking lad should be earning a million as a model instead of earning a few bucks by getting spankings. 🙂

Hi Horst – I’m glad you like Dustin. He’s making more than a few bucks! And much more than the $15 an hour he was getting for construction work. Thanks – Tom

What a beautiful face he has. Just stunning.