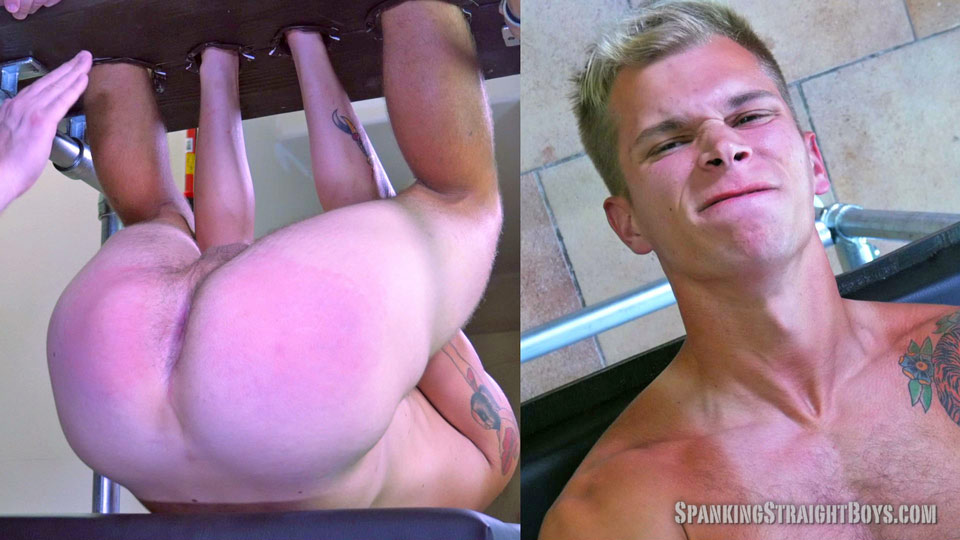 Dustin is a straight 21-year-old United States Marine whose wife pushed him into doing gay4pay and spanking videos. She is the one who sets up his shoots, and she really only has one requirement: no women can be present. That’s no problem for Tom! 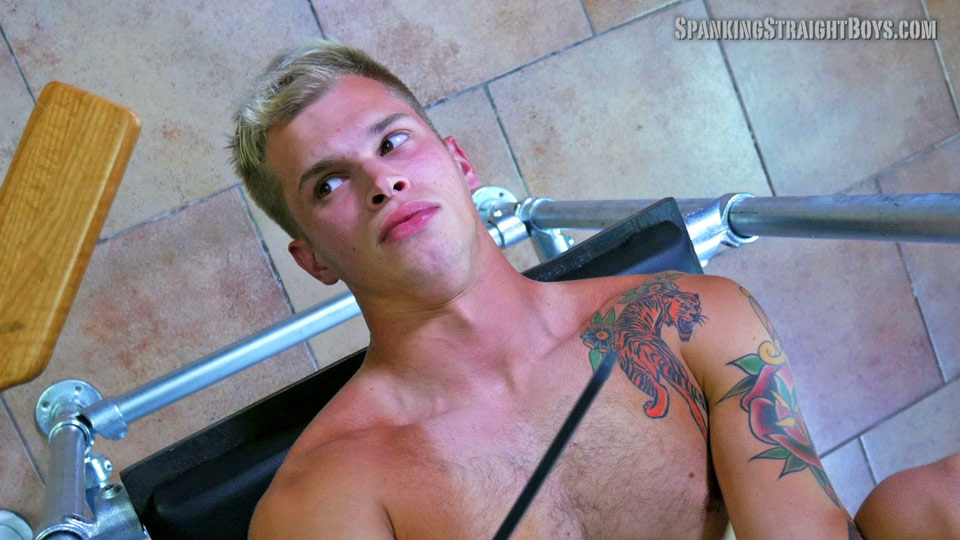 This is actually Dustin’s second spanking (filmed a few weeks after his first spanking). He wasn’t thrilled to come in for the first one, and doesn’t seem excited for this one, either! 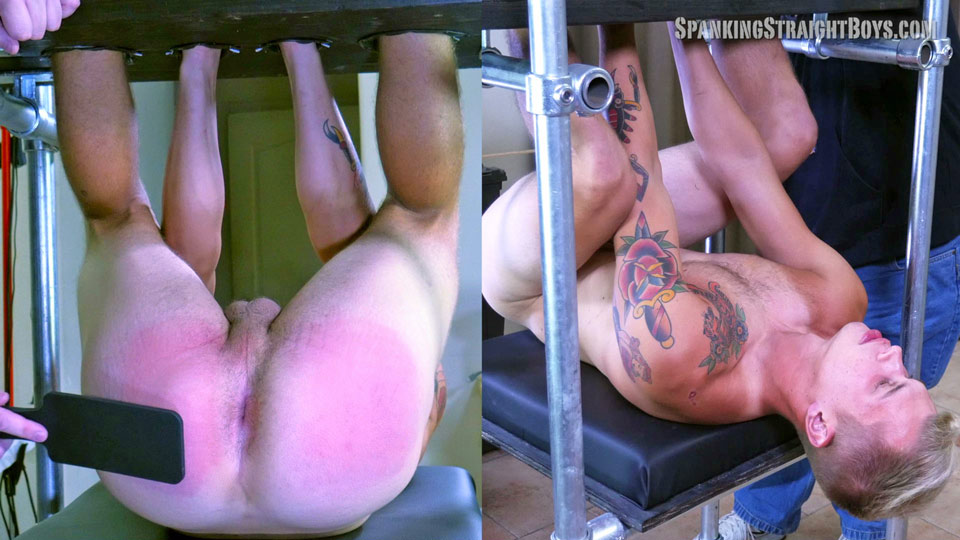 Since his wife sets up his shoots, he really knows nothing about what is planned. He knew he’d be spanked, but he didn’t know the spanking would involve bondage. 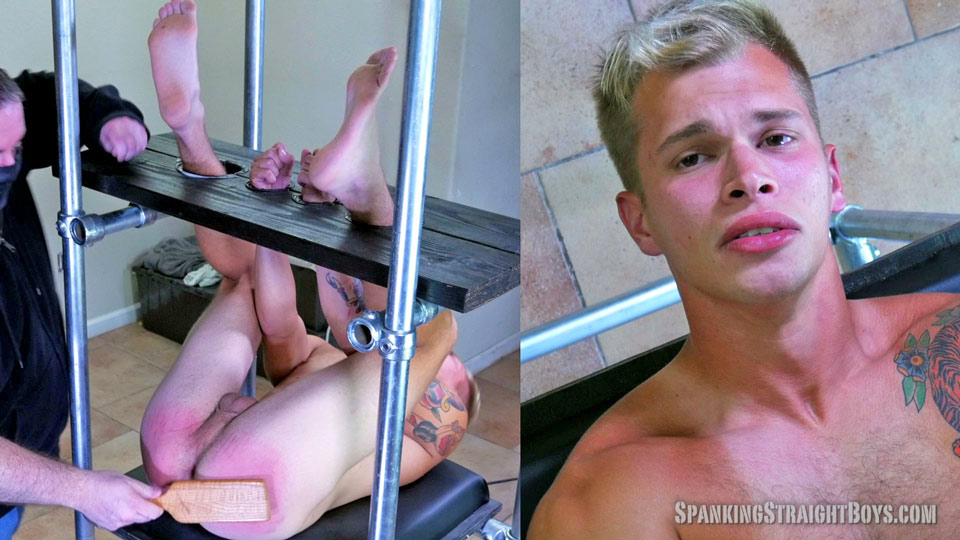 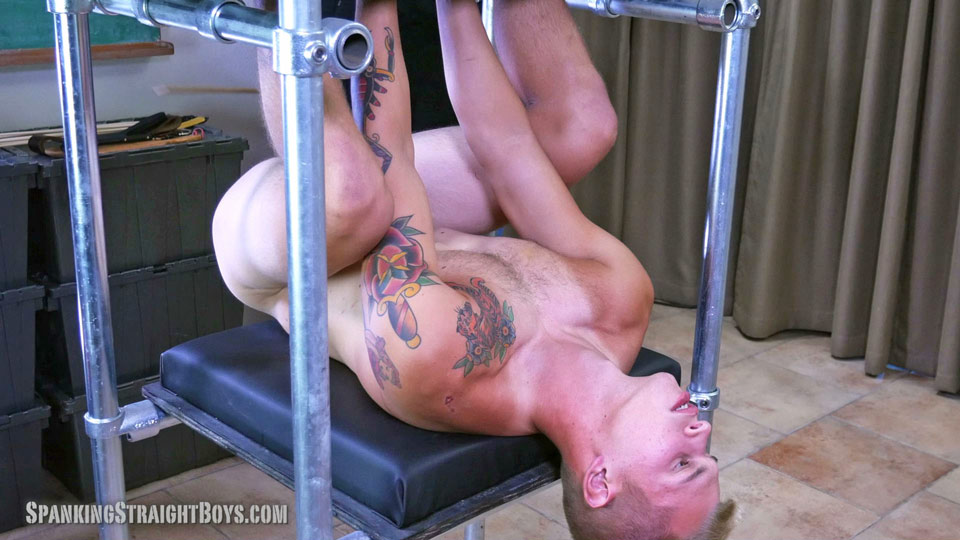 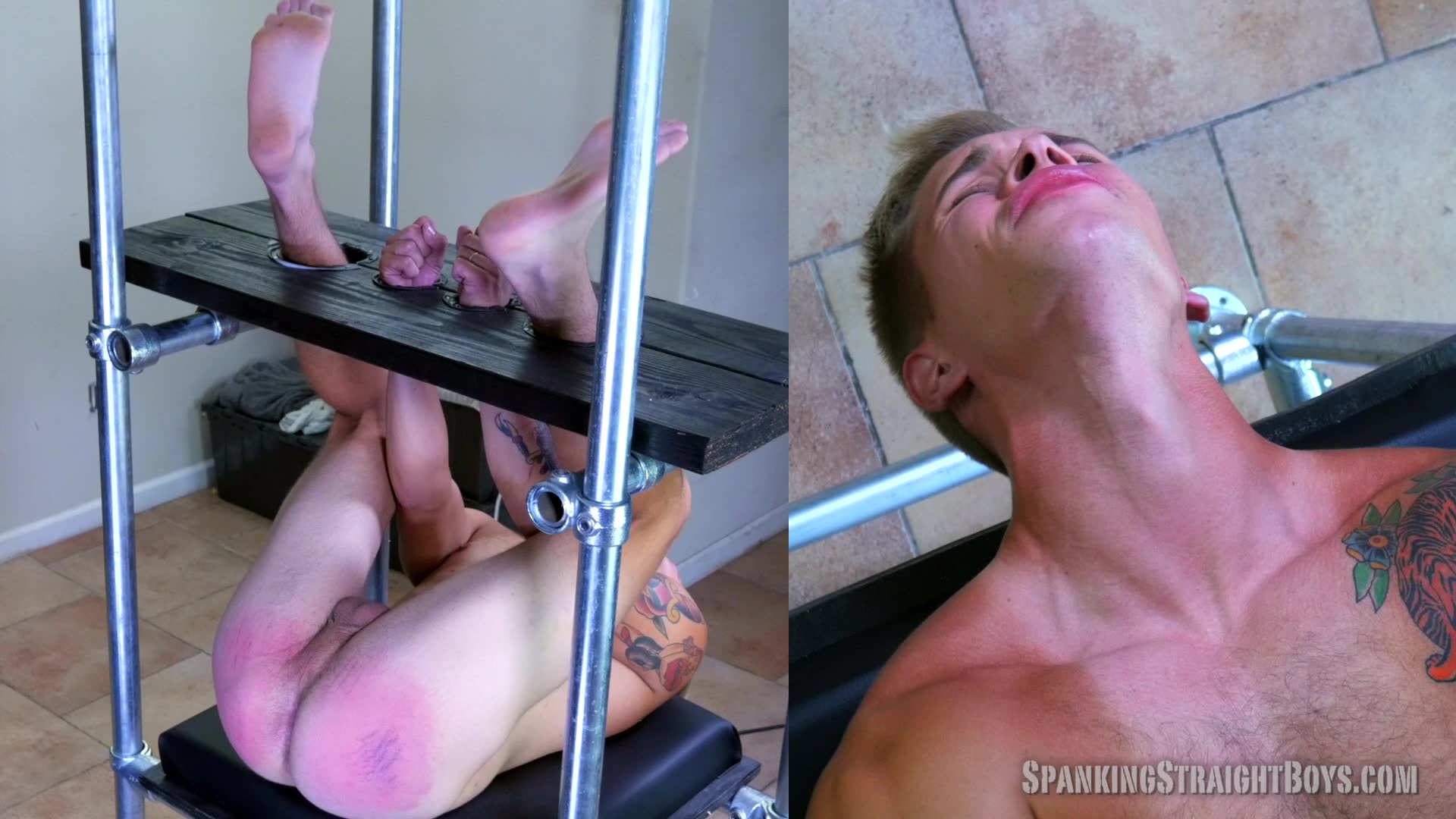 If that isn’t enough, Dustin then gets it with a small, stinging flog and a wooden yardstick (and, of course, Tom’s hand). Dustin really struggles with this spanking. Tears well up in his eyes, and, at times, it seems he might break down.

He is so so so sexy.

Hi m – I’m glad you like Dustin. He is even sexier in person! He’s a very masculine, tough guy. At the same time, he is friendly. – Tom