A Spanking History Lesson from Copper

A Spanking History Lesson from Copper

Knowing that the world has been ordered to stay in, The great American Spanking artist Copper thought it might be a good time for some home schooling. He hopes to create a series of “History Lessons” that trace the early days of our fetish on video. Today’s lesson is “Filmco Studios“, one of the earliest producers of spanking films.

Coper has attached a brief written history, in addition to two of their original four-page catalogs that might stir some memories for the older readers (and maybe some curiosity for the younger ones).

Early on, he began producing films with bondage and spanking themes. In these movies, the spankings always led to sexual situations, either solo or between the models. While the Super-8 movies were all silent films, Hal began using a video camera in the mid-80’s, which included sound. When he began offering his Super-8 films on video cassette, he improvised soundtracks, dubbing-in the voices and slapping noises with truly laughable results. He can even be heard mimicking a motorcycle driving by in one scene.

In all, Halco produced a total of 11 spanking videos. In chronological order, they are:

This video was later repackaged under the title, “California’s Golden Boys”

Hal stopped producing new material in 1996, and many of his vintage products have been available through distributors such as Bijou Video or Bacchus Productions. A couple of years ago I ran into Hal at a Tom of Finland art show in West Hollywood, where he was still selling original print of the photographs that he shot over his career.

I am attaching a couple of the catalogs that were mailed to interested customers. “Spank Your Buddy” was a Super-8 transfer, while “The Spanking Master” was the first video of the series. You can actually see Hal Roth on the third page of the catalog (in the striped shirt) portraying Mr. Brooks.

Note: the prices quoted on some of the posters below applied at the time of the various video’s release, and no longer indicate current availability. 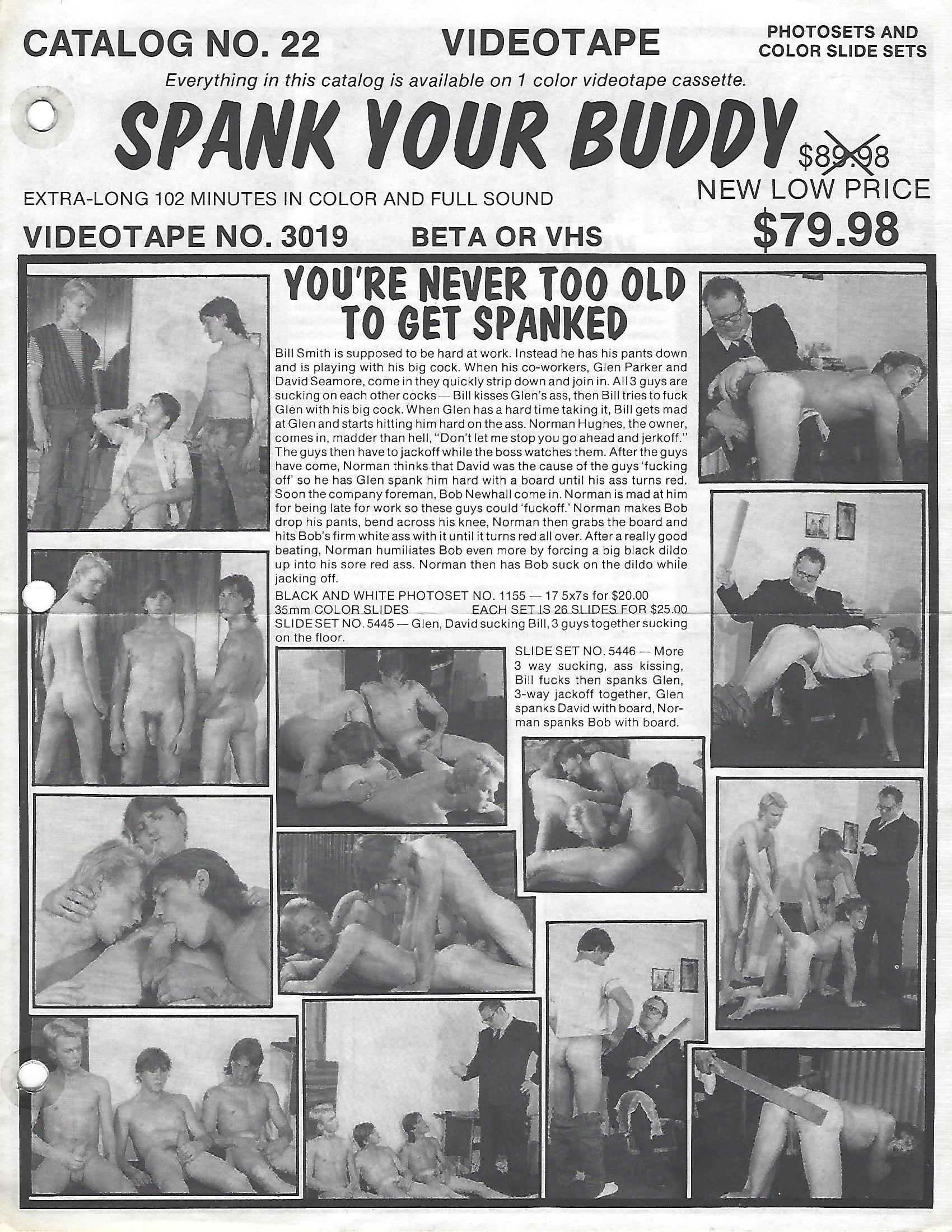 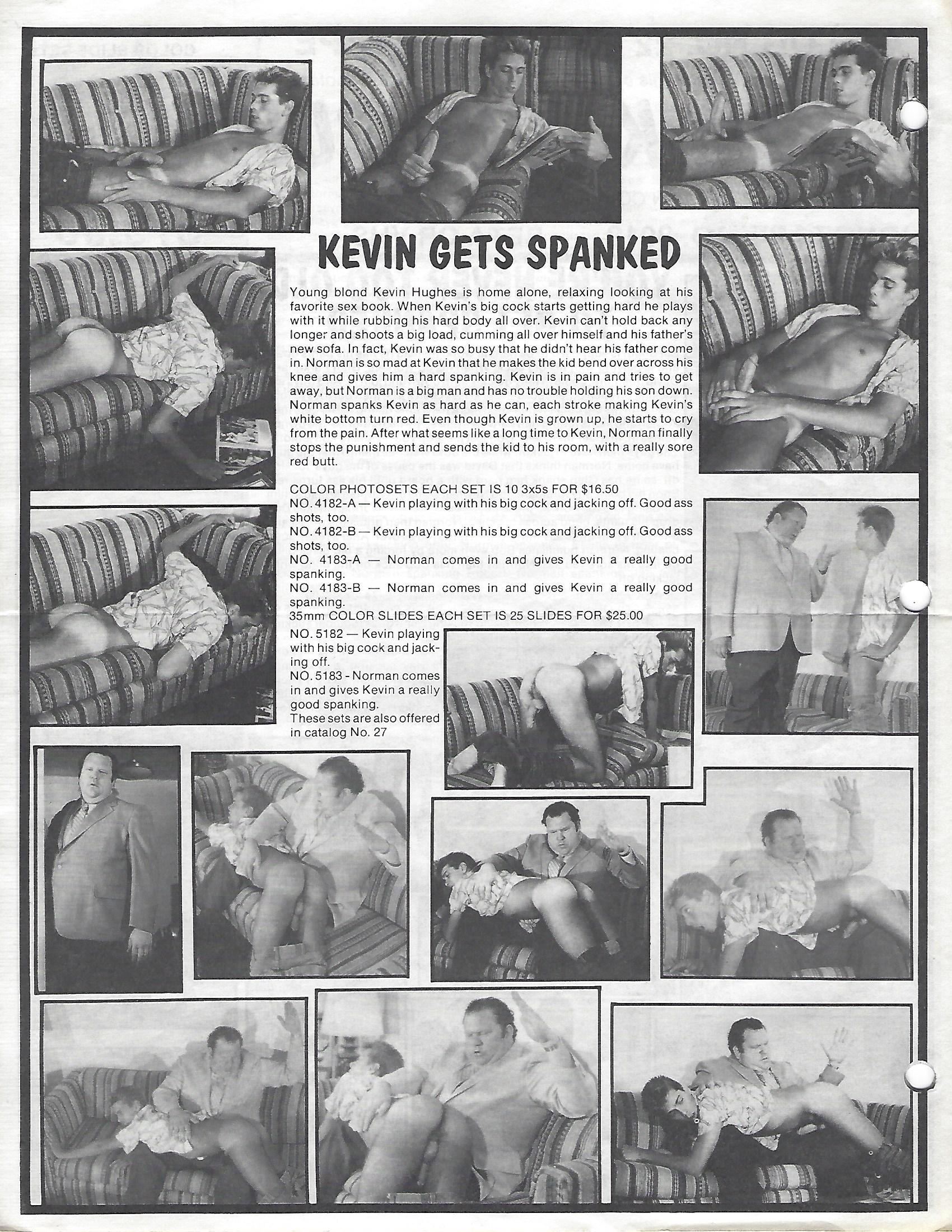 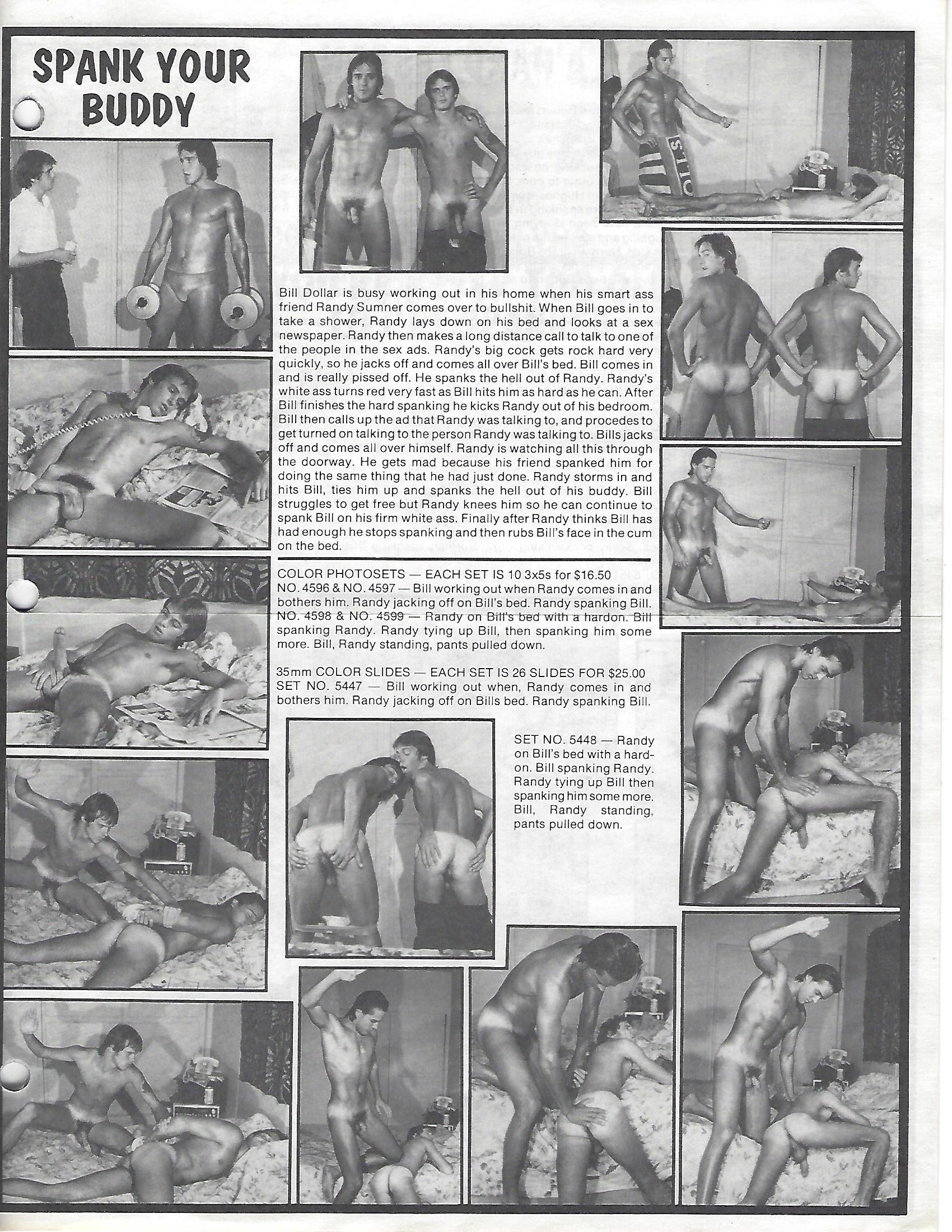 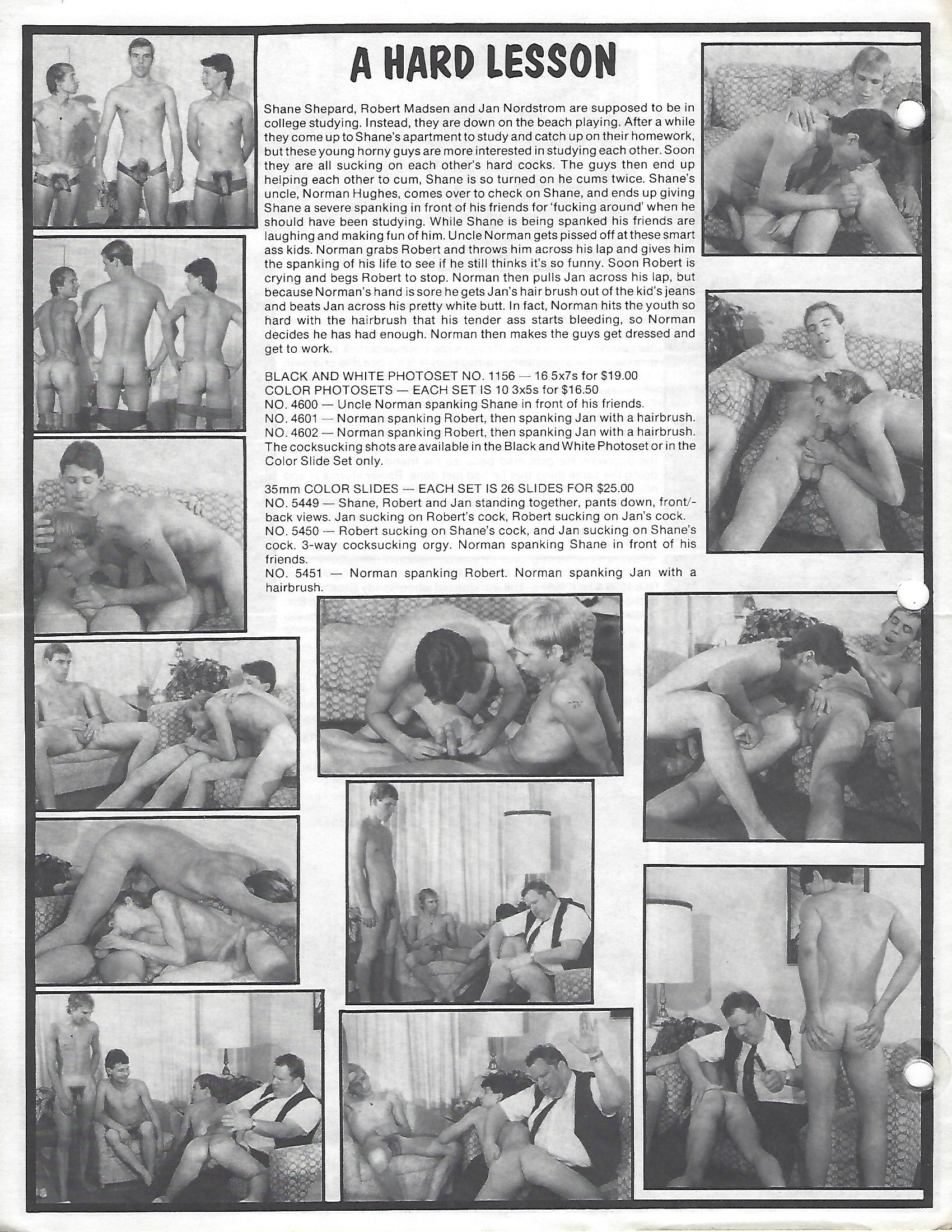 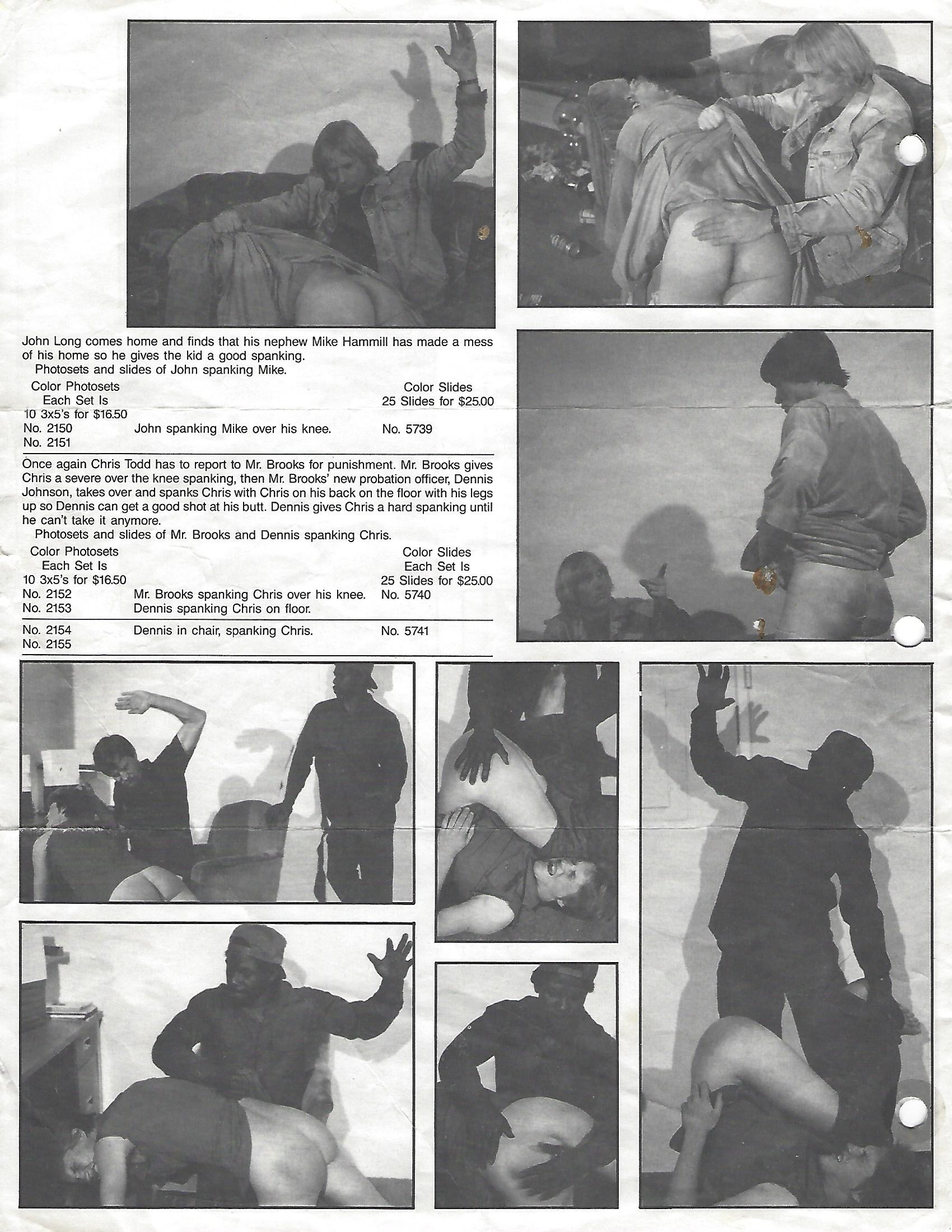 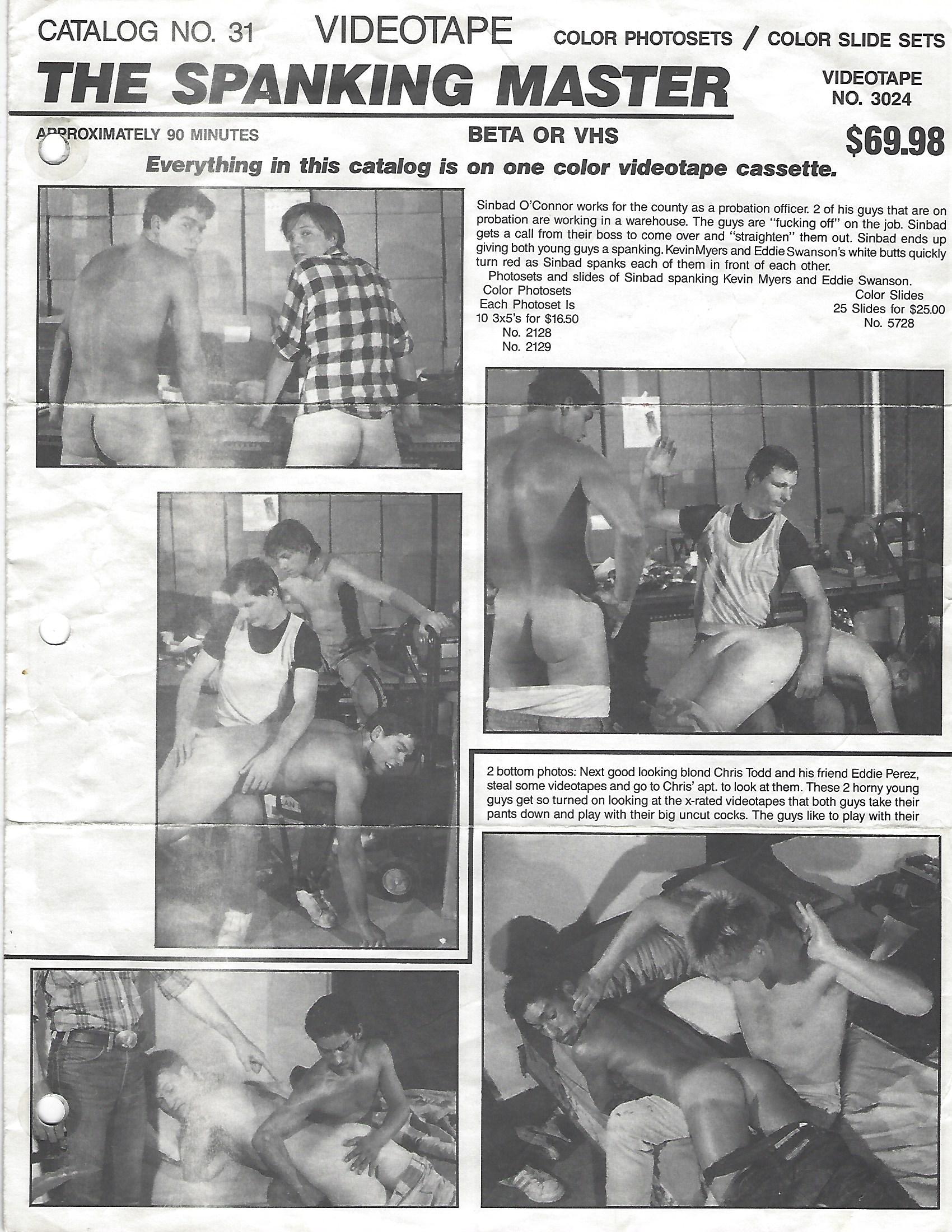 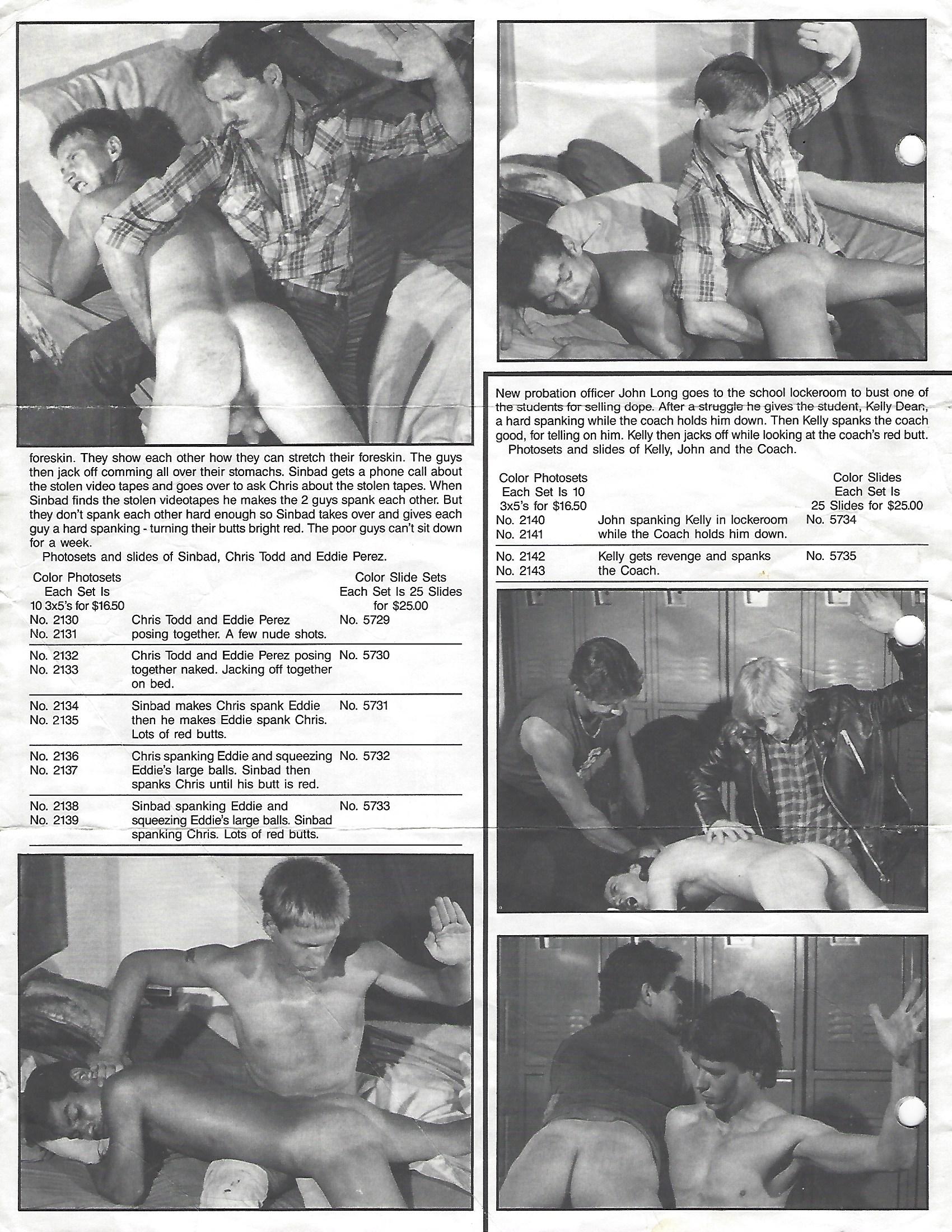 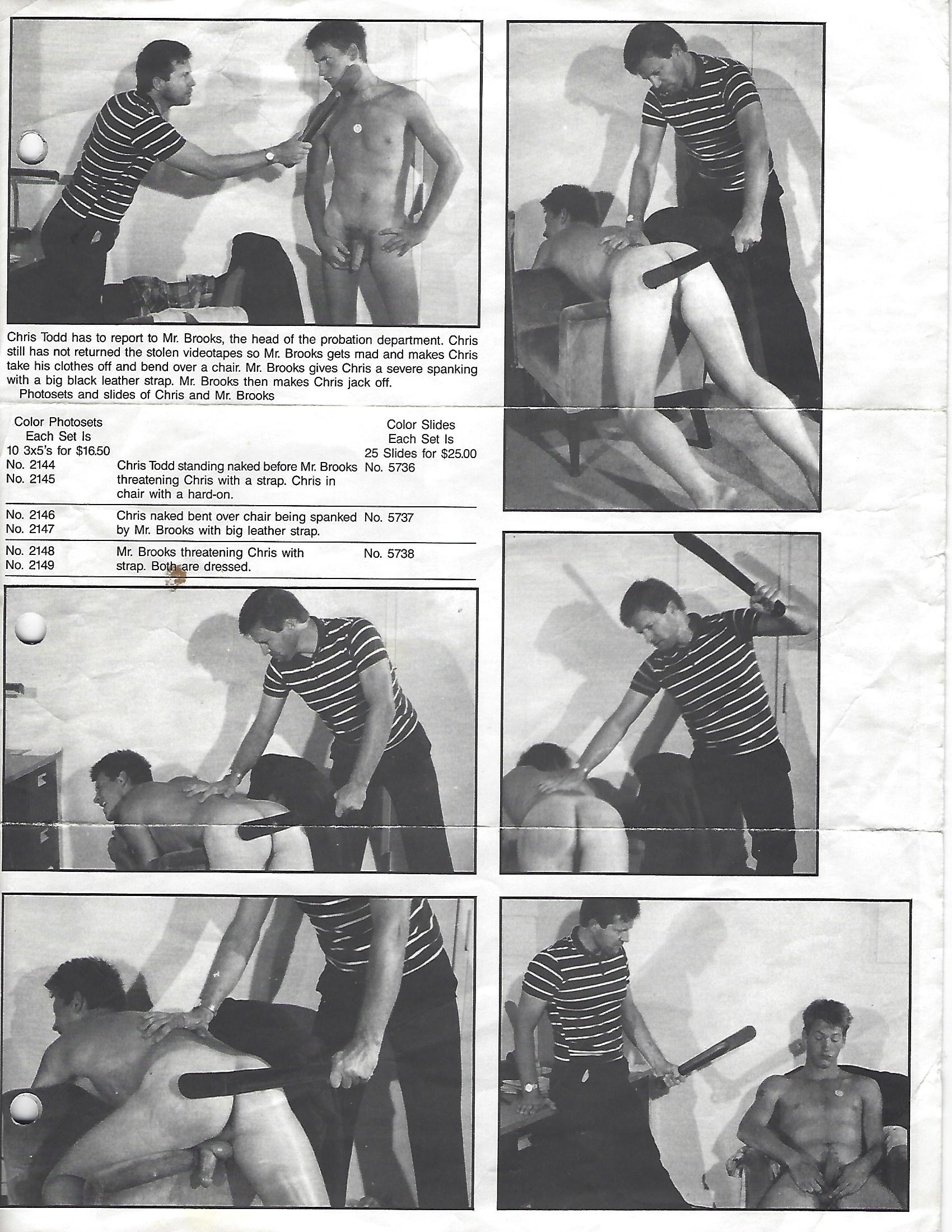 Fantastic to see these old spanking flyers gathered together – sure got a strong rise outta me, Thanks!

Thank you for this very interesting story

Real classics, great to see how they were advertised and hard to imagine how exciting they must have been at the time.

But look at the prices for the video tapes! Seventy and eighty bucks each!! People gladly plunked down the cash because you could not get this kind of video from any other source back in “those days.” I bought some of the super-8 mm silent films and then had to go buy a super-8 projector to show them on. You could buy the audio cassette tape separately if you had a cassette player. Thank goodness for Radio Shack. The tape player had a capstan and pinch roller that helped move the tape through the machine. The pinch roller was actually a strobe wheel that you could synchronize to the projector so that the sound on the audio cassette matched the video on the super-8 film. Don’t laugh – it worked !!!
Betamax and VHS video cassettes had not quite made it to the consumer market yet because of the cost, and even the cheapest VHS video cameras were expensive. The camera itself was one part, the VHS recorder was a second part, and the third part was the battery pack. That’s a lot of shit to carry across your shoulders and neck on a strap. And they were all connected together by cables! No internet and no home PCs yet in those days (late 1970s / early 1980s). But like I said, you couldn’t get this type of entertainment any other way. I still have that VHS video recorder and camera and the super-8 mm film projector and the audio cassette player.

The Spanking Master series of videos was pretty hot. Just by chance I saw all of them at an adult book store in El Paso, Texas and I bought them all on the spot. You should have seen the looks on the clerks’ faces – obviously a straight boy and a straight girl – when I plunked them all down on the counter. They all had the word SPANKING in big letters on the outside of the boxes. I would bet those two clerks had never been spanked and had no concept of what is involved.

I often wonder what happened to all those models from the early days, whether they are still alive, and what they might be doing today.

Truely wonderful to see this – thanks to this blog and to Copper!