n 1980, Control-T Studios, was founded by Mark Powers (not his real name), in Mission Hills, California. Although incorporated then, it wasn’t until August of 1984 that Mark released his first video, “Golden Rule” and “Lesson Learned” (CTS-1). The Control-T style of film-making was slick and professional for their day, using some location shots, but mostly filmed in their warehouse studio. Due to the lewd act laws of the day, the earliest videos never showed any genitalia, although as times changed and other companies began including actual sex acts along with the spanking, they also began including total nudity.

Control-T’s earliest videos were sold on VHS or Beta cassettes, ranging in price from $11.95 to $79.95, with some videos (the “FMO” series) only available to members who paid an annual fee of $39.95 – $59.95 for these exclusive offers and discounts. Initially all of their videos were also offered in photosets and audio-only cassettes.

While the primary demographic for Control-T was the production of all-male spanking films, the company did venture into several short-lived fetish experiments including body-shaving and bondage videos. They also offered a small number of spanking videos with young men being punished by dominant women. There were about six videos that featured an all-black cast, marketed separately and listed as “CBV” rather than “CTS” in their catalog.

In 1985, Control-T began publishing Hot Bottoms Magazine, selling for $5 per issue. Each black-and-white issue was approximately 24 pages long, photocopied and stapled along the spine. Each issue featured fiction stories (some with original illustrations), classified ads and photos from their videos. The 55th and final issue of Hot Bottoms was published in March of 1992. Staring in July of 1990, Control-T also published a series of seven slick full-color magazines called Spankography. These periodicals featured scenes from their videos, along with popular stories that had previously appeared in Hot Bottoms. Spankography sold by mail order or in adult bookstores for $8 per issue.

Behind the scenes, Mark Powers had been studying to become a lawyer and, in 1988 when he passed the California Bar Exam, he decided it was in his best interest to sell the company. Control-T was purchased by another fetish producer called Leoram, Inc. It was at this time that the operation of the Control-T brand was now helmed by Steve Powers, rather than Mark.

That transaction began the demise of Control-T, since the new owners really didn’t understand the spanking fetish. Over time, their original production began using spanking as foreplay for sex, or missing it with other fetishes such as cross-dressing or extreme bondage as part of the plot. In 1999 they began purchasing the distribution rights to inferior male-spanking videos shot in Eastern Europe, and in 2003, the final video to be shot by Control-T (White Collar Crimes) was released.

As usual, I am including some of their earliest advertising, including a few pages of the first Control-T Catalog that sold for $5 by mail order. This included a letter from Mark Powers, introducing the company to its customers, as well as single-photo listings for their first few videos and an ad for Hot Bottoms magazine. As time went on and they produced more videos, they would regularly mail out full page flyers to customers around the world, with multiple pictures and expanded storylines, and I have included a random selection of those. 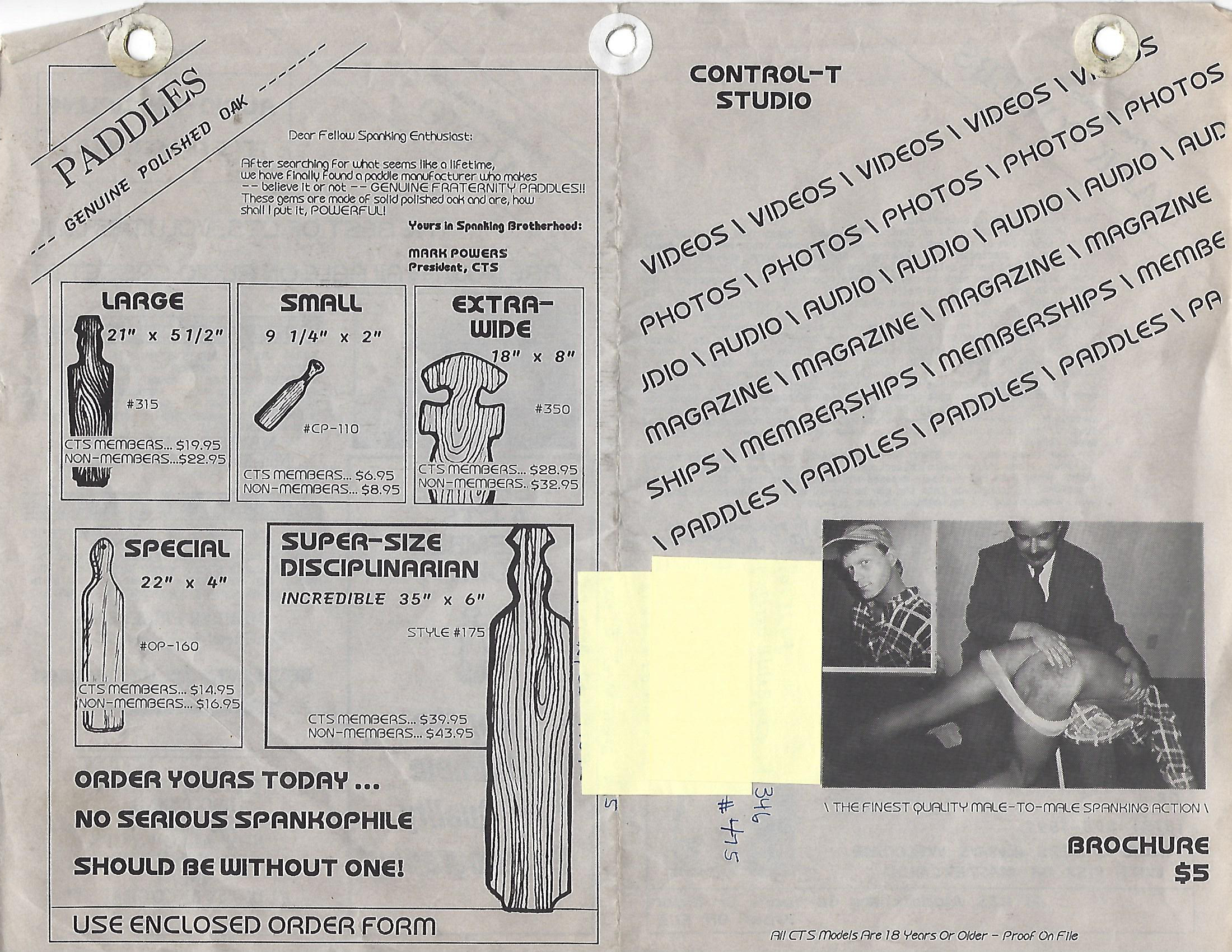 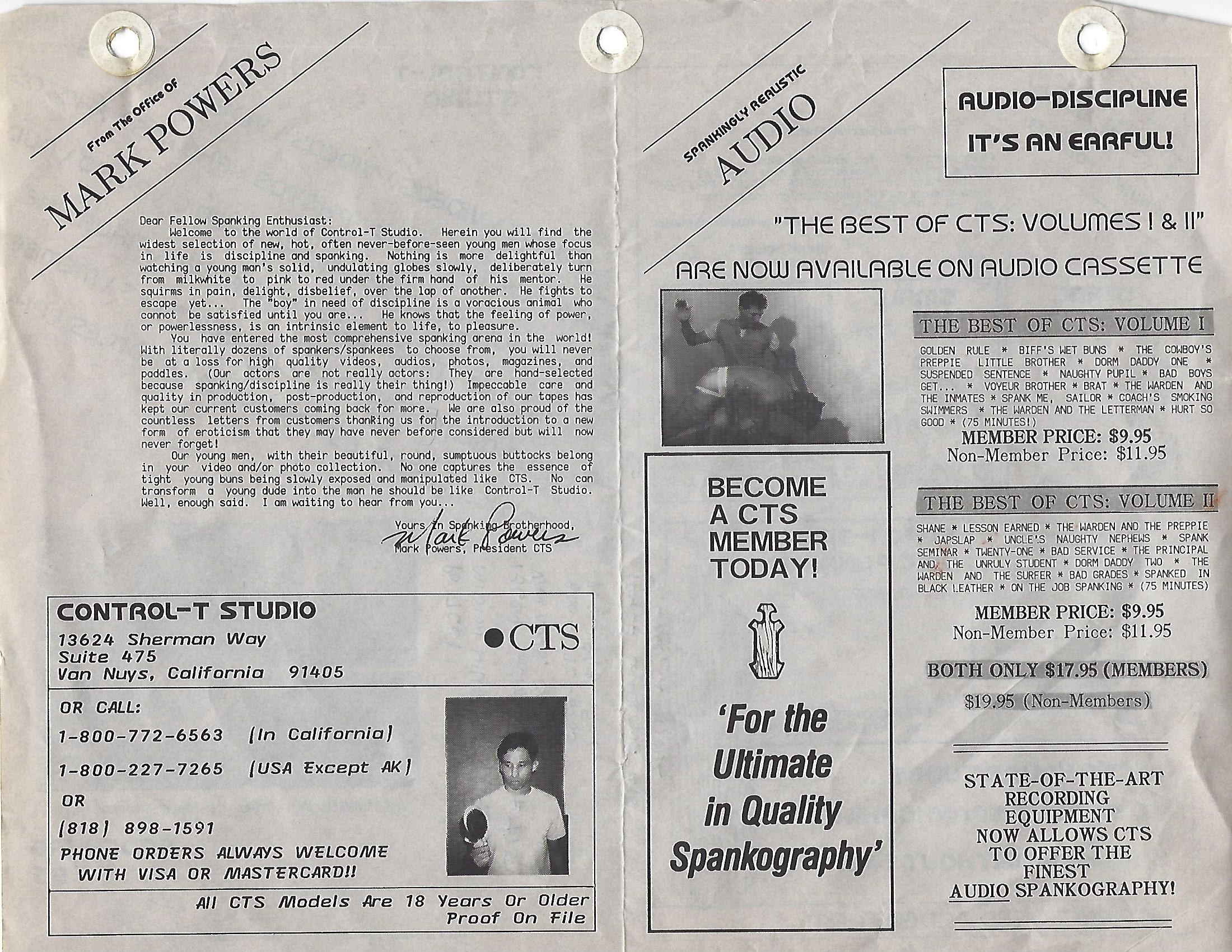 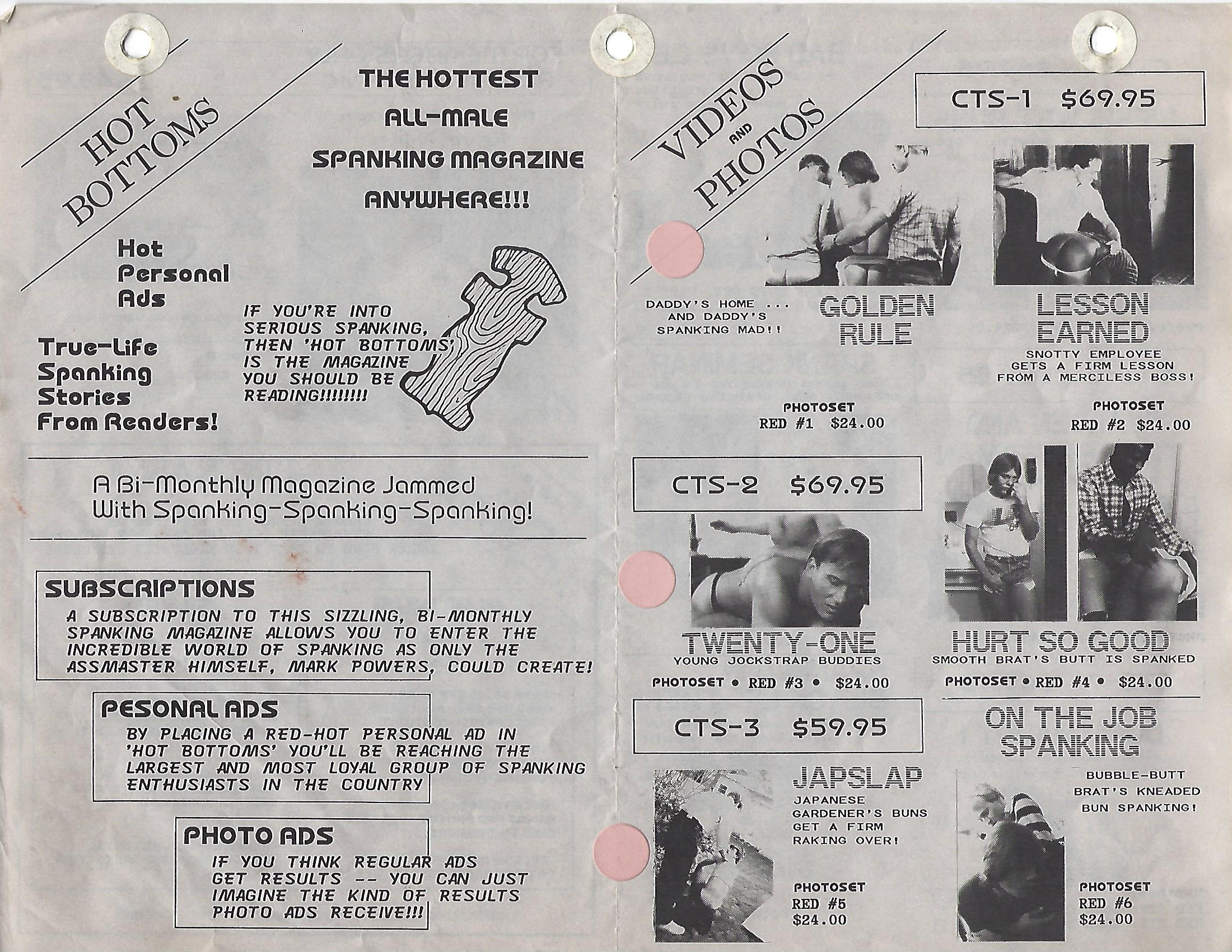 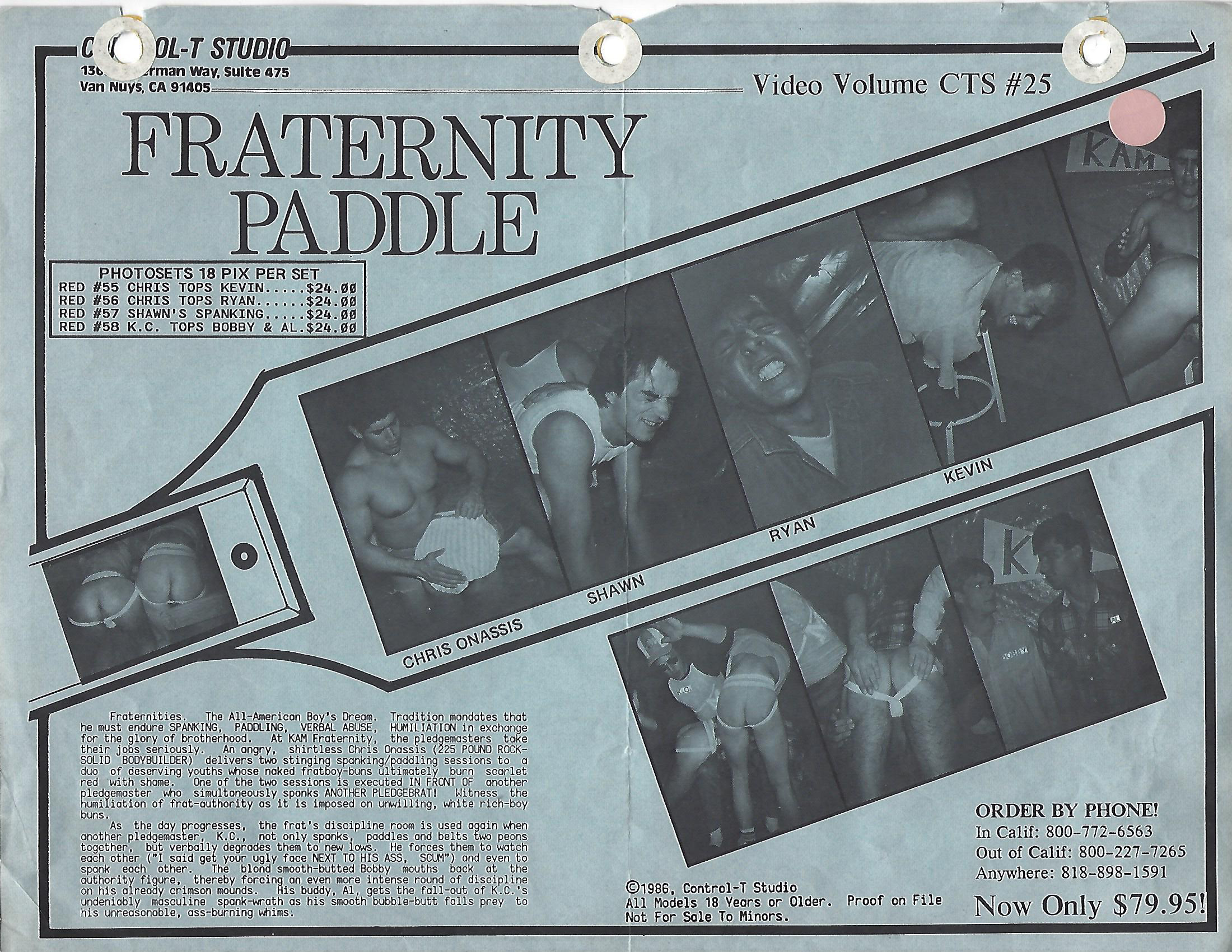 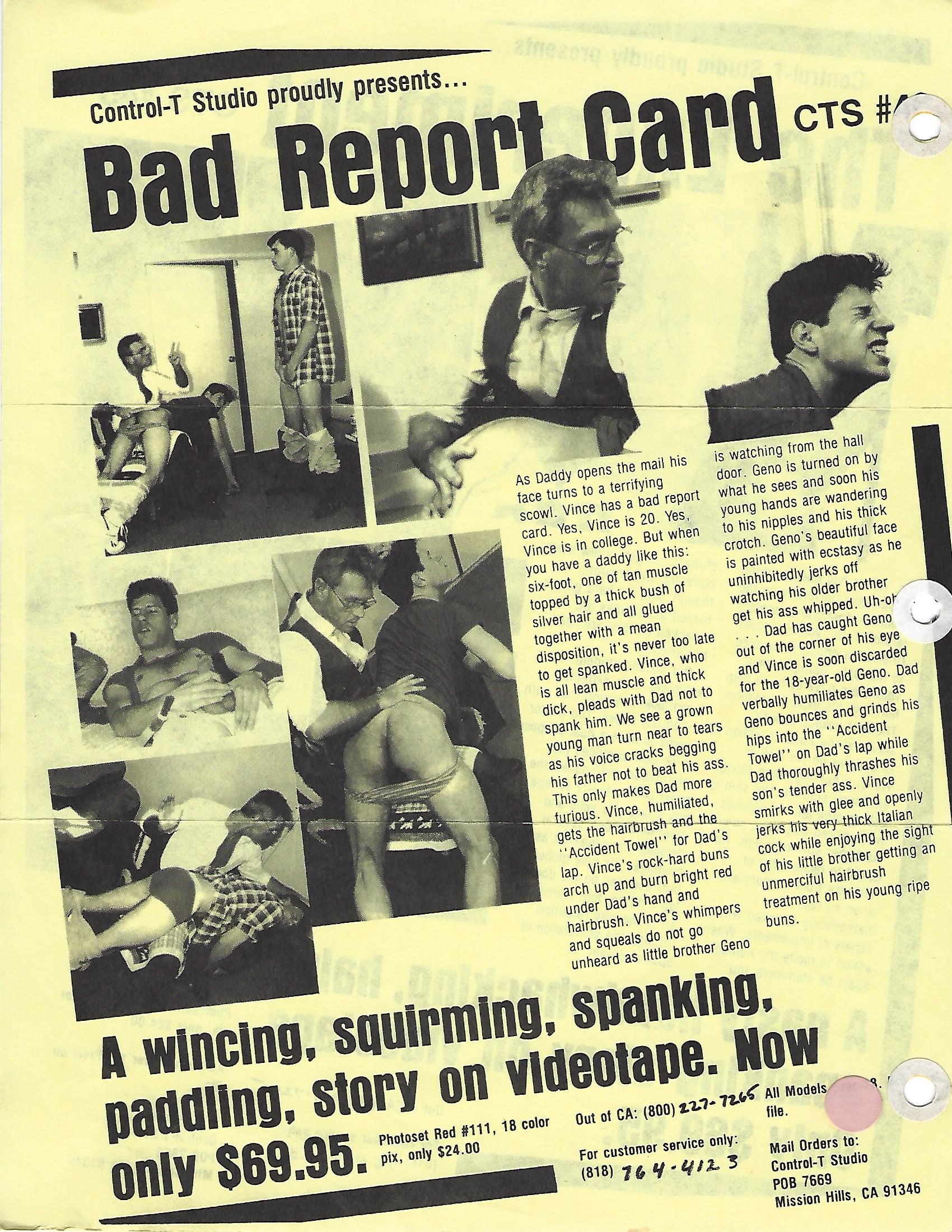 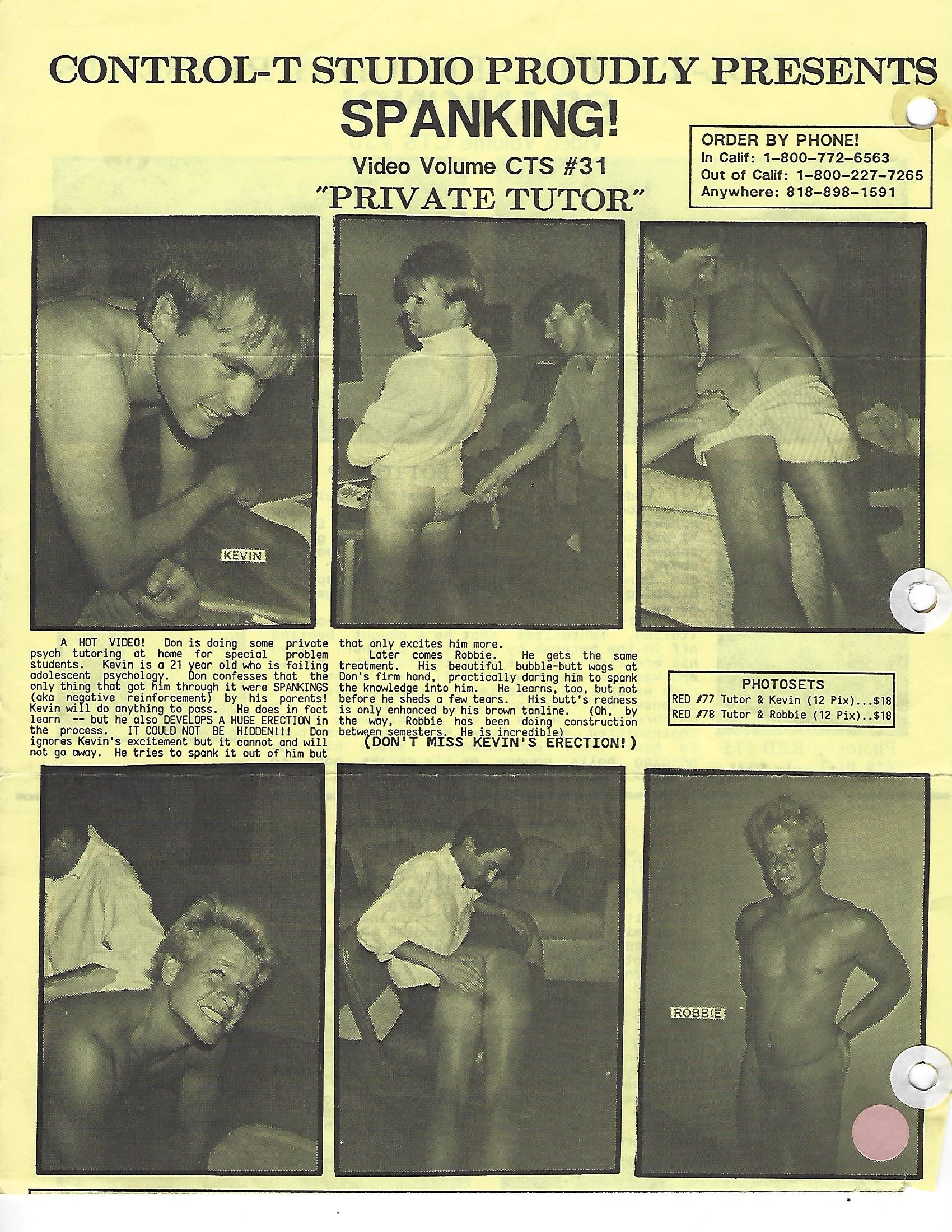 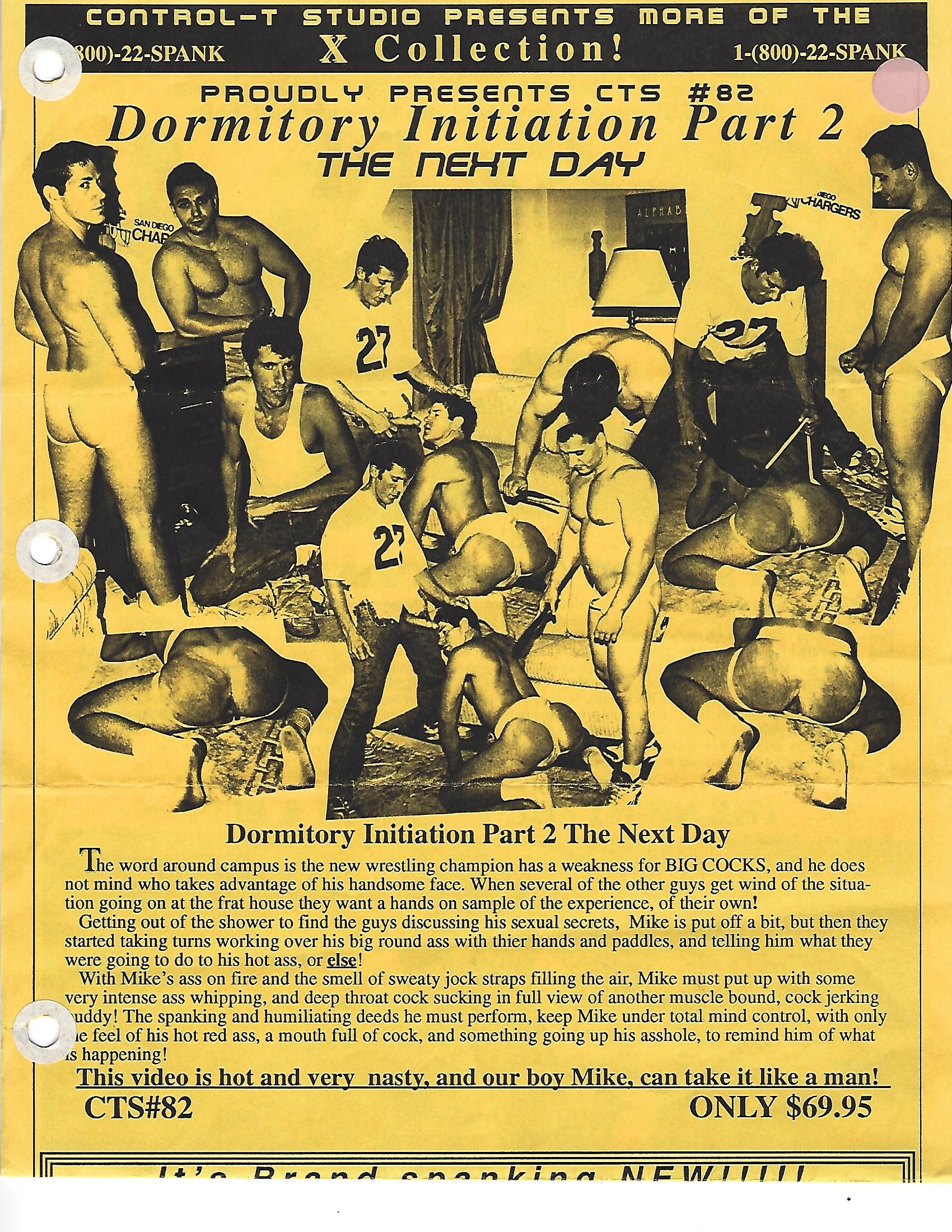 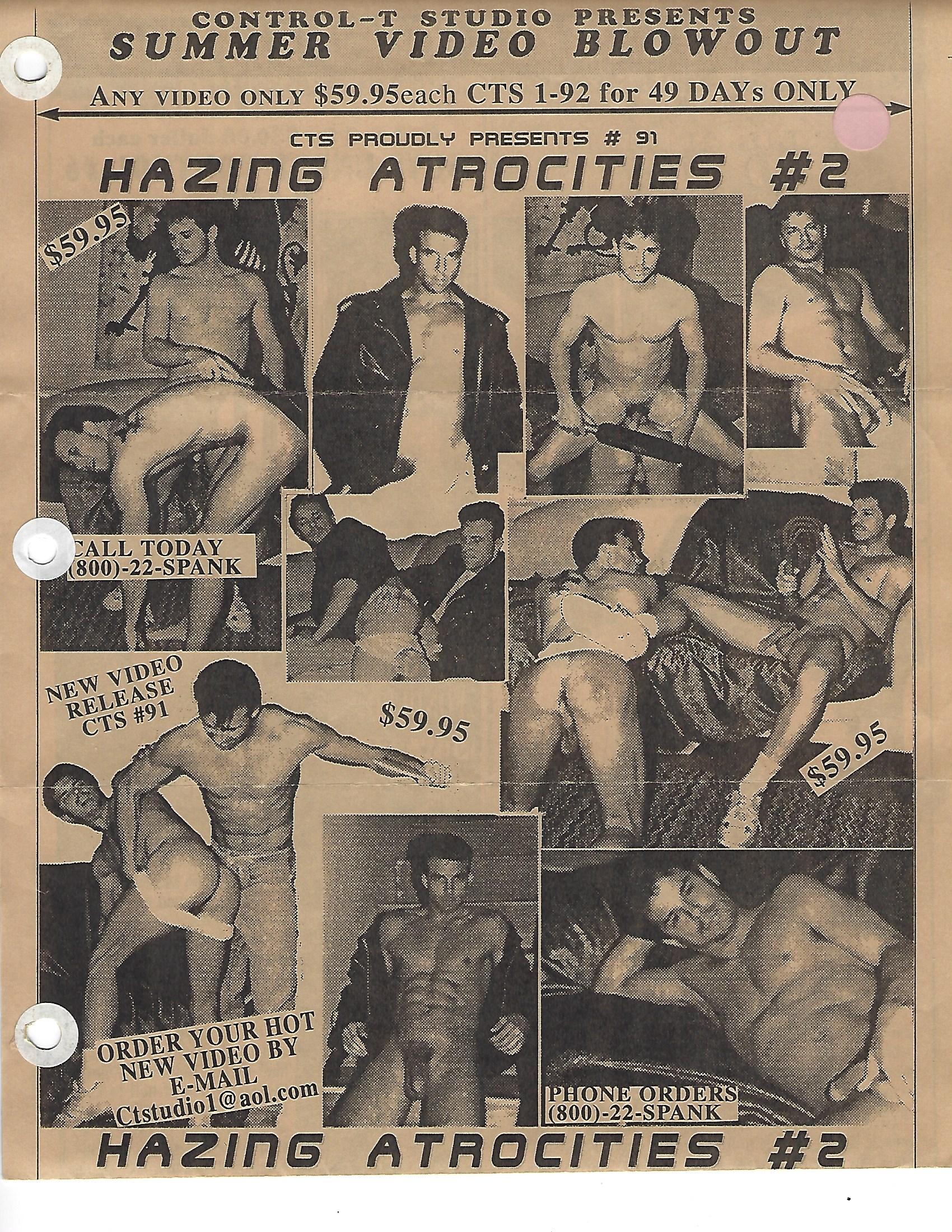 “Bad Report Card” may be my all-time favorite video!

Helo. I am looking for their movie Humbled with Mr. Sear. Who knows Interoffice spanking scene, where the boss is spanked his assistant who was jerking off closed on the WC, can see this boss spanked int the movie Humbled. Please. Could you share it? Exchange it? Thank you.

It must be hard for younger guys to appreciate how exciting these promotional leaflets were, but it is great to see them again and to recall the feeling of encountering them for the first time. ‘Bad Report Card’ was particularly thrilling in the way it combined a typical domestic scenario with a voyeur brother and set the standard for future spanking films.

I get that, the whole waiting for the video to come through the mail, the anticipation must have added to the enjoyment of it. Compared to now days where you click, buy and download in the space of a few minutes and move on.

“Jap Slap”? Even then? Young guys will find it hard to imagine what a turn-on those primitive brochures were back when that’s all there was.

I always wondered what the towel was for now having just read it’s the “Accident Towel” which is quite hot coming (pun intended) to think about it!!

I really enjoyed some of CTS clips especially the father/son themed films and some of the stuff that Paul Barresi made with them its a shame like Studio-7 so many of them are now hard to find if anyone has these clips do share them! LOL