In Part One, Harry tole £300 from his flat mate Fred. Fred needed that money for the deposit of the holiday that he was going on with his brother Oliver. If Fred can’t pay his deposit then Oliver will also lose the money that he has paid. 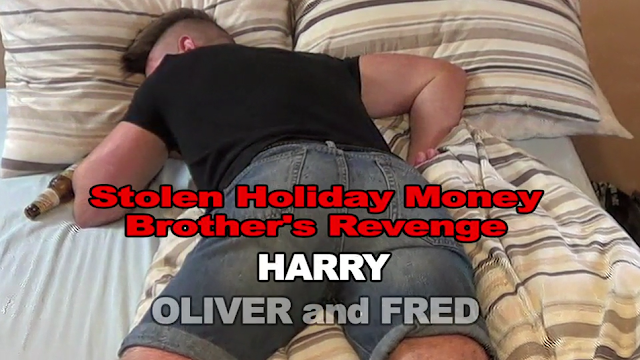 Oliver comes round to find out what is happening.

Fred and Oliver discover Harry still in bed after a nights partying! 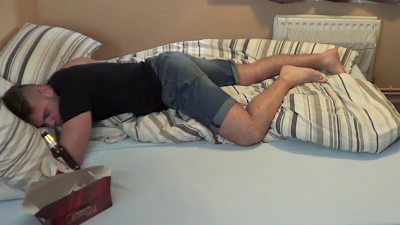 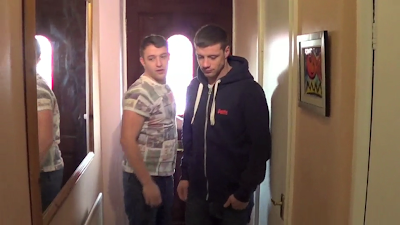 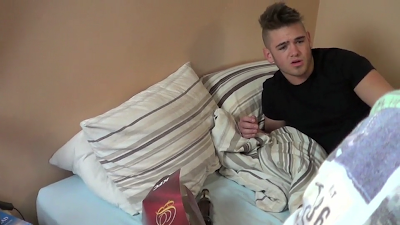 Harry does not have the money!

So this time Oliver decides to deal with Harry! £300 = 300 spanks! It’s hard for Harry to take. Especially from lads his own age.

It’s so embarrassing for him!

Harry lies there getting spanked by Oliver whilst Fred encourages him!

Fred wants a bit of the action though and decides that one hit from his flip flop = 10 spanks so  Harry gets 30 of those!

The brothers leave Harry on the floor holding a very sore, red bottom!

Would love to see Harry get a good slippering off his dad next time.These movies are excellent with realistic role play,especially the dad/son ones!