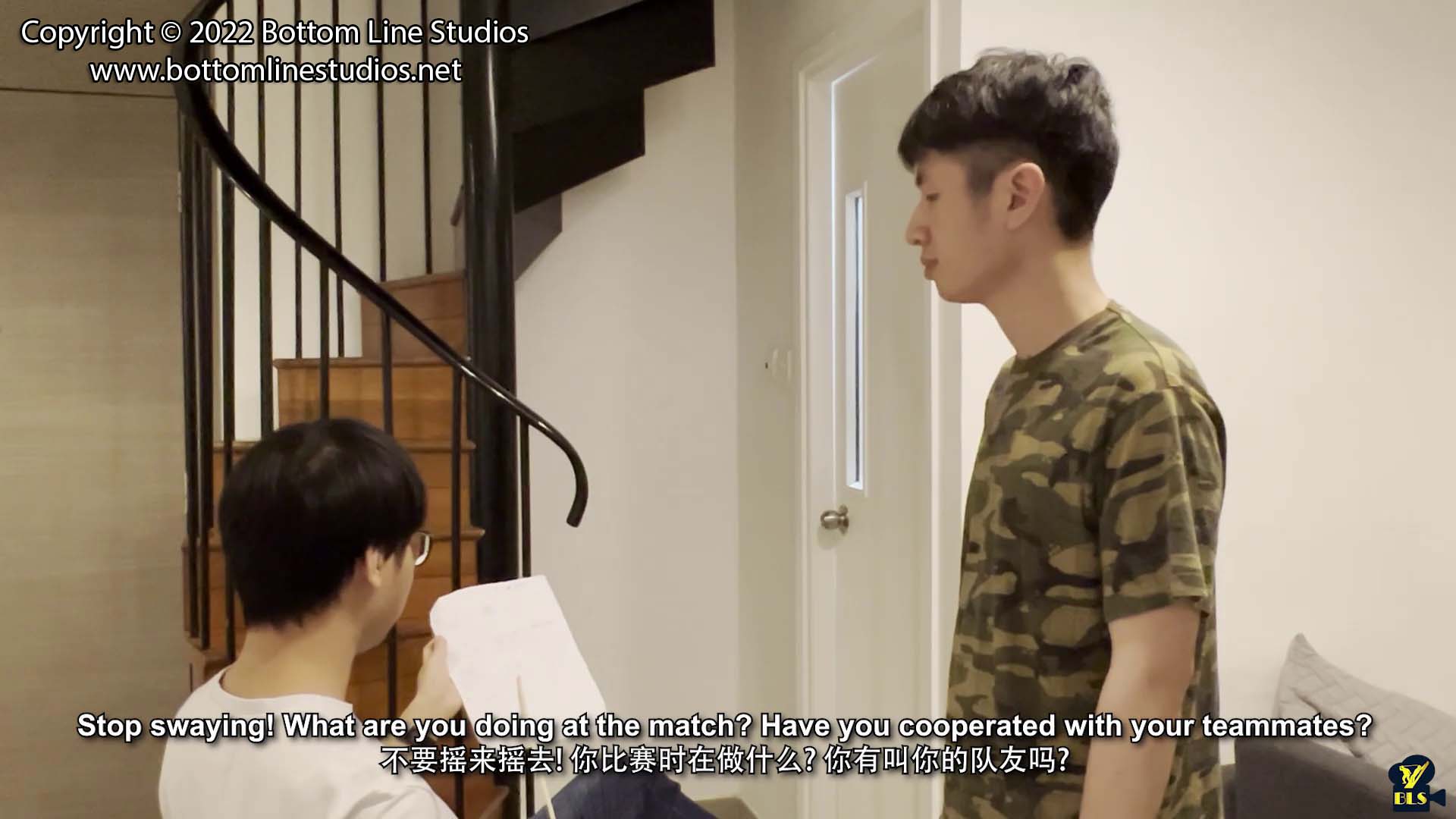 Next up is for discipline is Michael who has proven to be awful at communicating with his teammates on the field during matches. Coach Joshua ‘communicates’ the idea to improve with a hard dose from two canes. 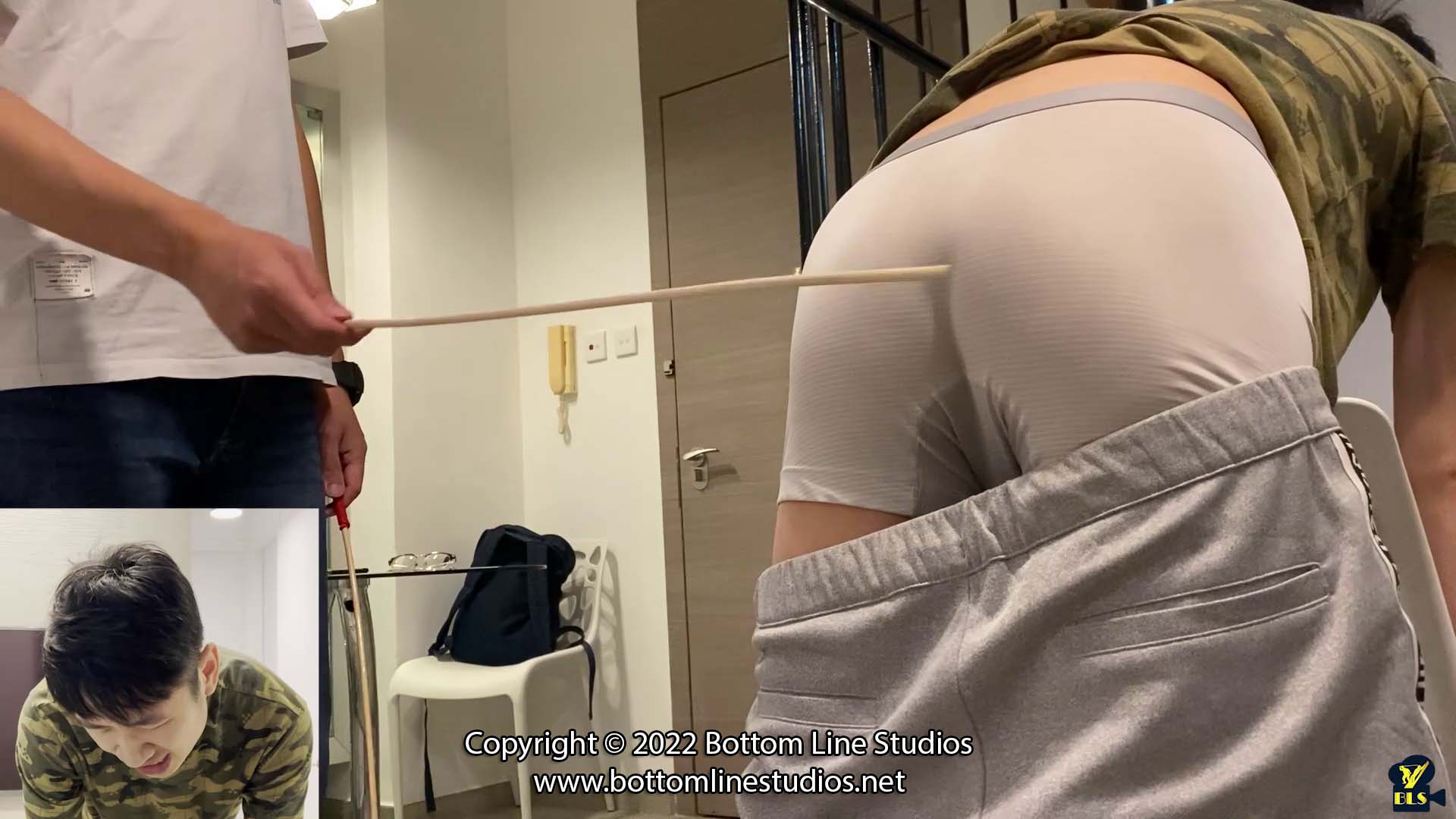 Click on the Continue Reading tab below to see more 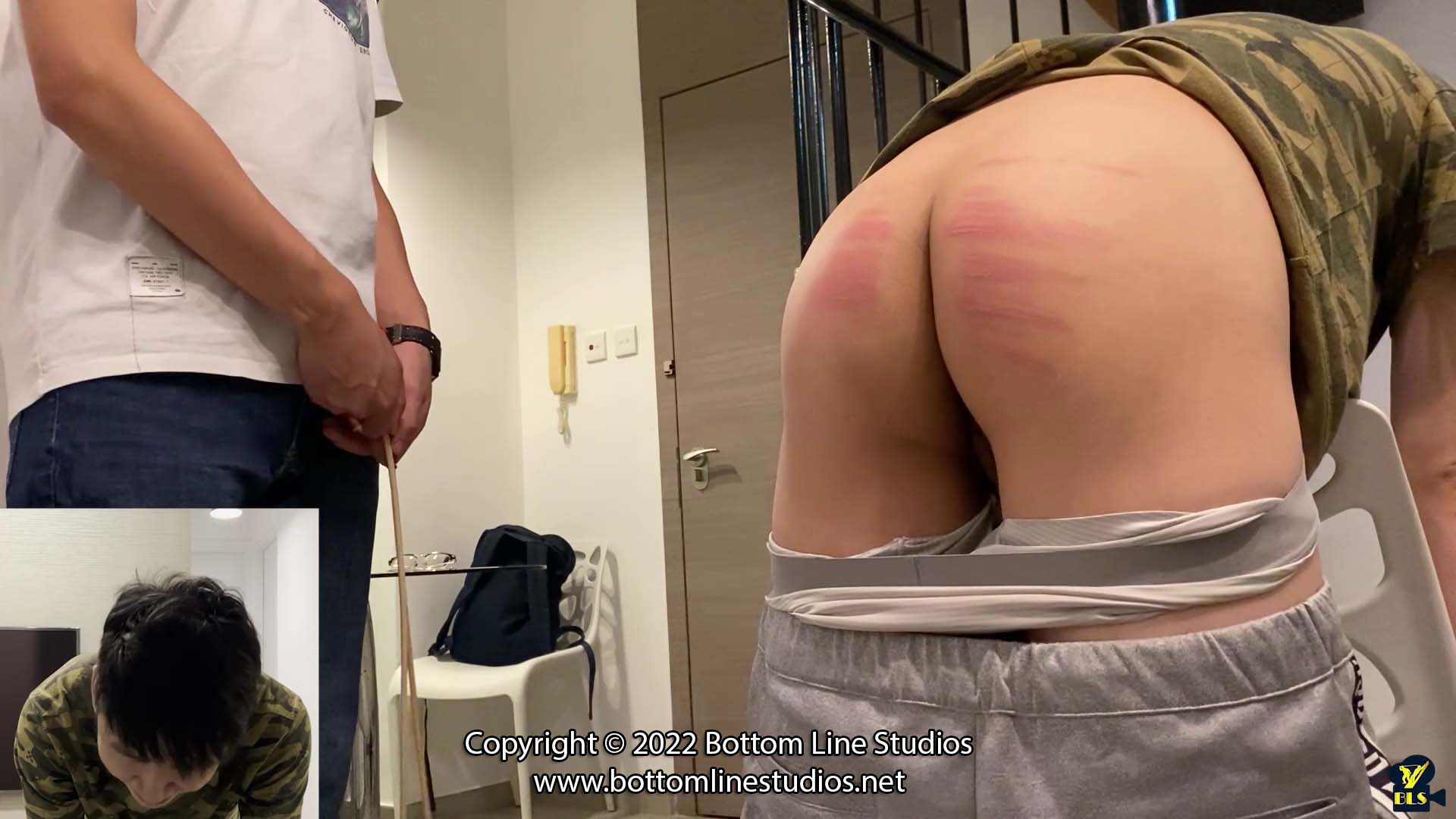 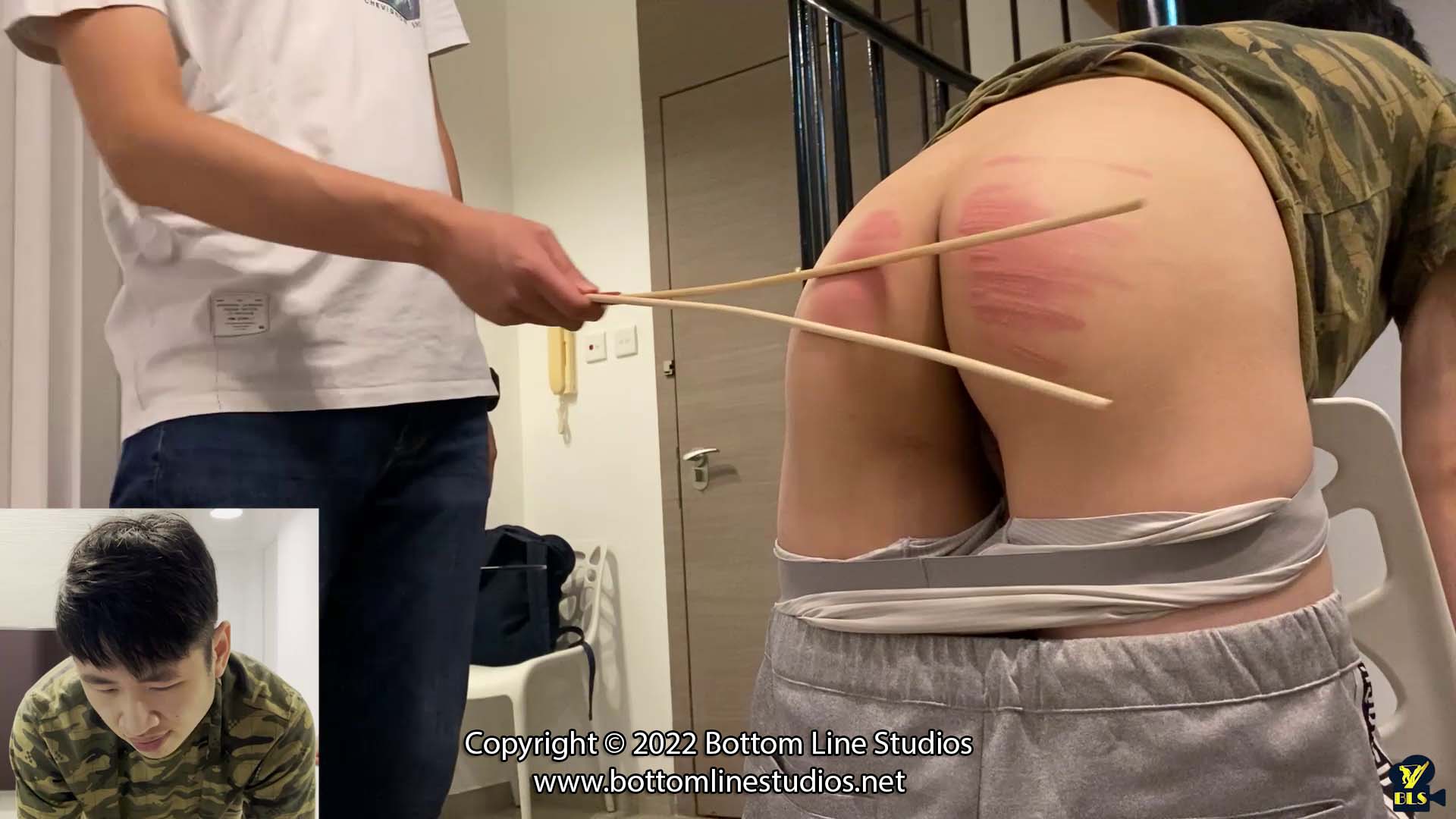 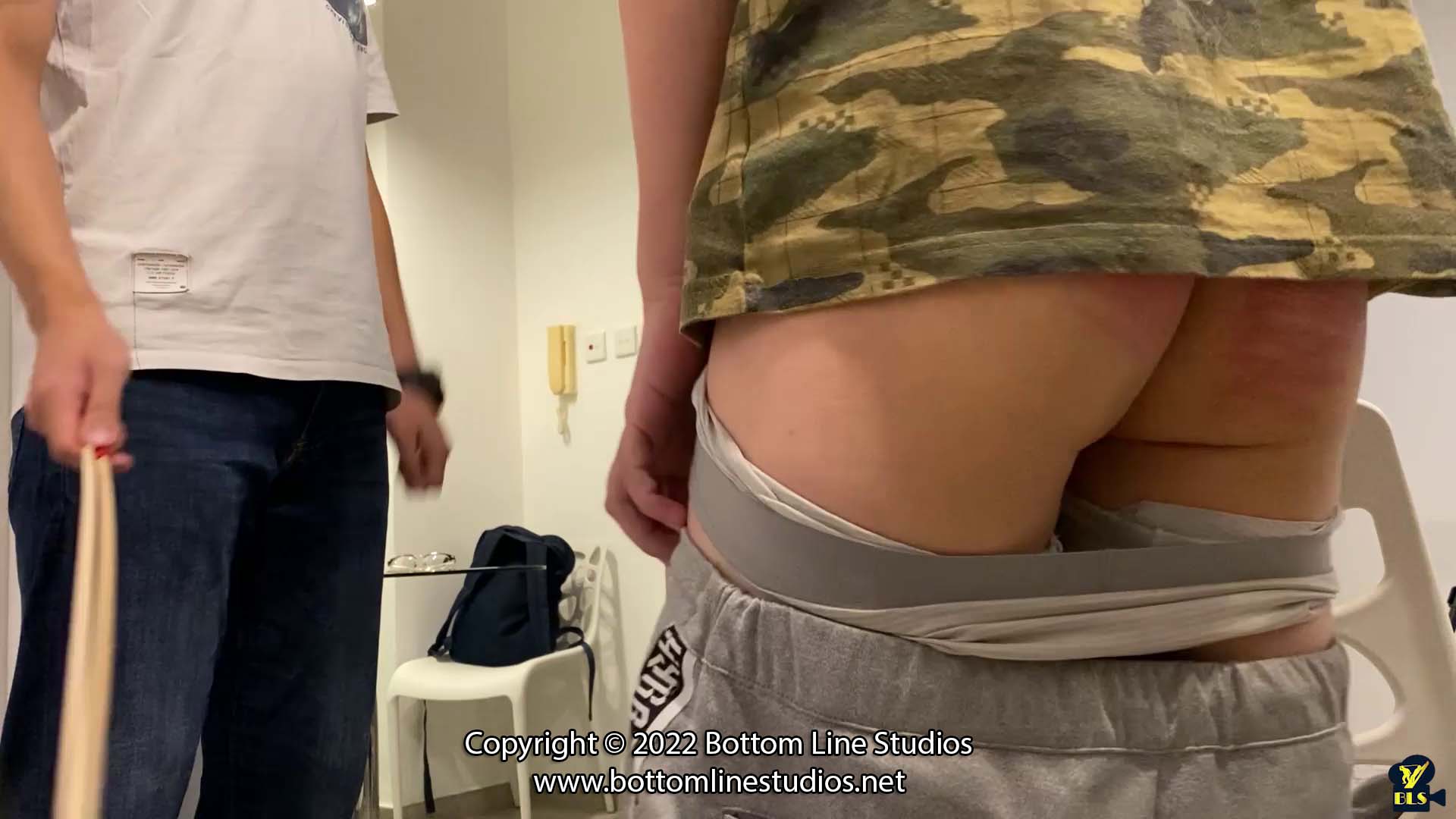 He needs a good hand spanking on top of that

While most boarder boys join a school team to favour their future (scholarship, even a pro career) or serve family ambition/tradition by parental decree, Michael is no proper talent or legacy but(t) coach’s only distant kin at school, hence was selected ‘for superior DNA’ despite the worst athletic record in his class, his father being clueless about the game, so signed special ‘loco parentis’ permission for coach to drill and discipline the ‘darn-disappointing devilkin’ as Sir sees fit, alas himself kind of clueless how to compel a contrary kid into competition-level, concentrating on the ‘Confucian key: constant corporal correction, copiously caning the crossly-cursed cur’s clothless cones crimson-cuts-covered on countless counts, carrying a complementary cane to continue CP after team time in private, twice as bad on the brat-boy’s blazingly-blistered bottom bare-balls over a stool and endless manual OTK-rides and wall-lining hands-in-neck ‘just like home’.
Clearly common coaching can’t cut it without true talent and motivation, so coach casts his self-deluded ‘star material’ for extra painstaking practice with other classes, even other sports, which only wears him out wasted, wretchedly waiting for his worthless workouts to warrant wickedly-well-wielded whippings, with way-worse waiting ‘afterward’.
It’s a perfect storm nightmare for Michael, as it cuts as badly in his abject arse as in his senselessly-scarce study time: most academic grades suffer slipping seriously, evidently earning endless eerily-exposed-endurance from his hickory-hidings-happy housemaster, a hellhound-harsh hard-handed house-humble-hounds-handler heartlessly happy with his horribly-hurting heinie and hurtful howling as the coach’s cane-cuts make the miserable mutt’s meekly mounted, manifold-martyred male mounds most receptive to ruthlessly-rigid-rod-rides, making sure he always comes first in line-up for livid-licks-loads, loving this lad’s loud lecture-replies, and kept lining his wall hands-on-head all the long daily demerits derriere discipline duration, meaning he loses even more study time and sleep.
His teen-tails-tanning-terrified teammates have mixed feeling about nerdy outsider Michael, loving how coach has less time left licking their lowly-loser-louts-lower-limbs, liberally lashing the ‘legacy lad’ longest, yet losing most games with worse scores because he can’t pass a ball for his life, Confucius knows constantly-cross coach’s copious canings come close to cause a complete corporal crash.
Confronted with constant complaints about collective corporal corrections contracted for last games from his colleagues’ concerned families, foremost a first-grade fund-donor, the financially-fearful principal forced the failing coach to fix that fucking-cruelly: the first failure-fledgling forfeits fair flailing-sharing, meaning Michael gets half of each mate’s defeated-derriere-discipline-dozens transferred to his thoroughly-throbbing ‘thrashed-trash’ tail, they even may put him OTK as they (almost always all) see fit and fair, flailing his furnace-fried fuckup-fanny to fix their far-from-fairly-flogged frustrations, further-from-fair for the football-forced far-from-athletic fellow. Fortunately, finding-out the football-captain faces frightfully-fiery fatherly floggings following FFs for physics, Michael may modestly mend some mounds-martyring-misery, fanny-fondled-far-from-fiercely as football-friend for fixing the physics-fiasco as free tutor, albeit this costs time too and far from fixes the frequent, fiery floggings, fatherly or friendly feel far from feeble or fair, frankly fully-fucked-fulltime.