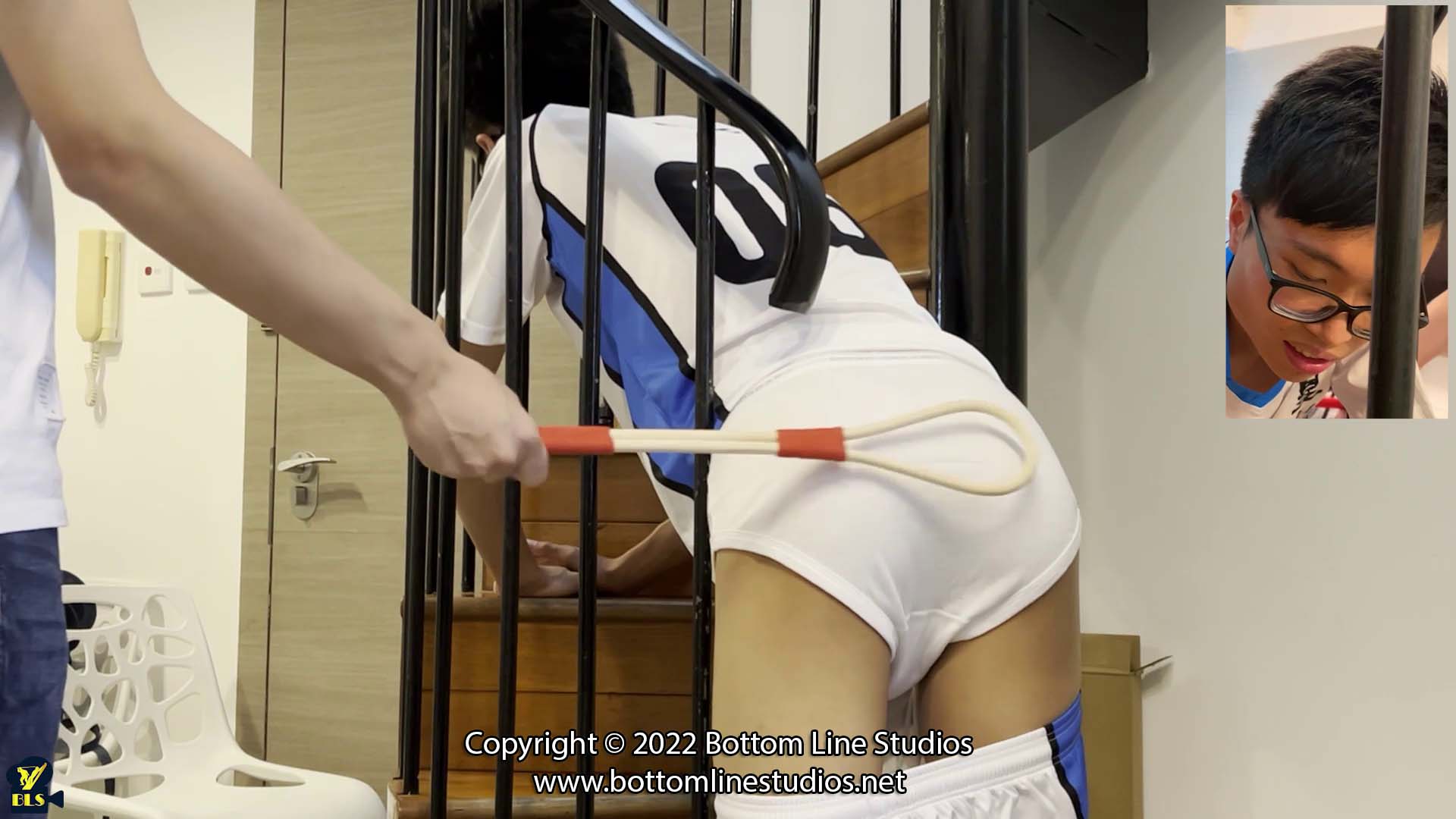 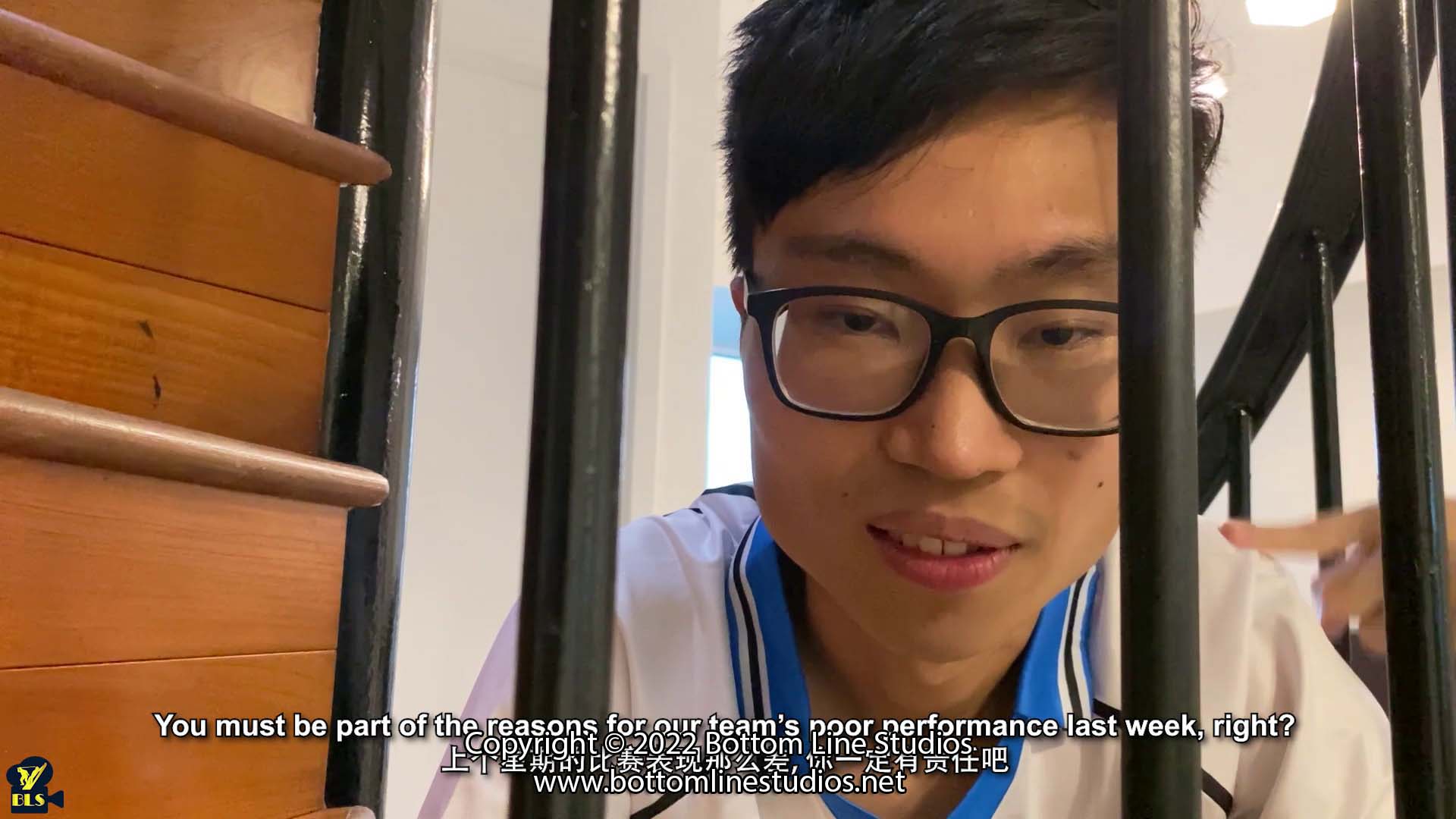 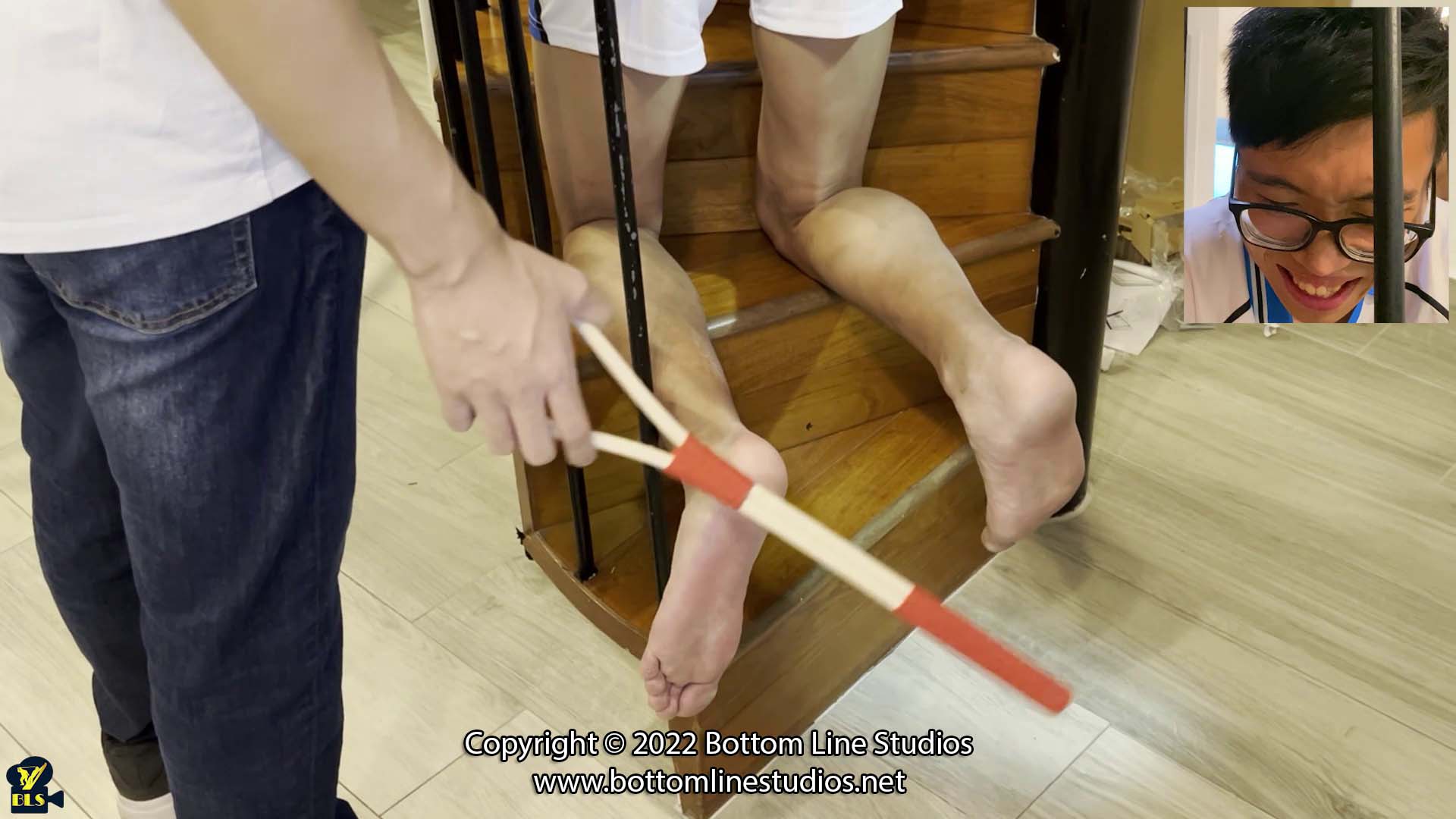 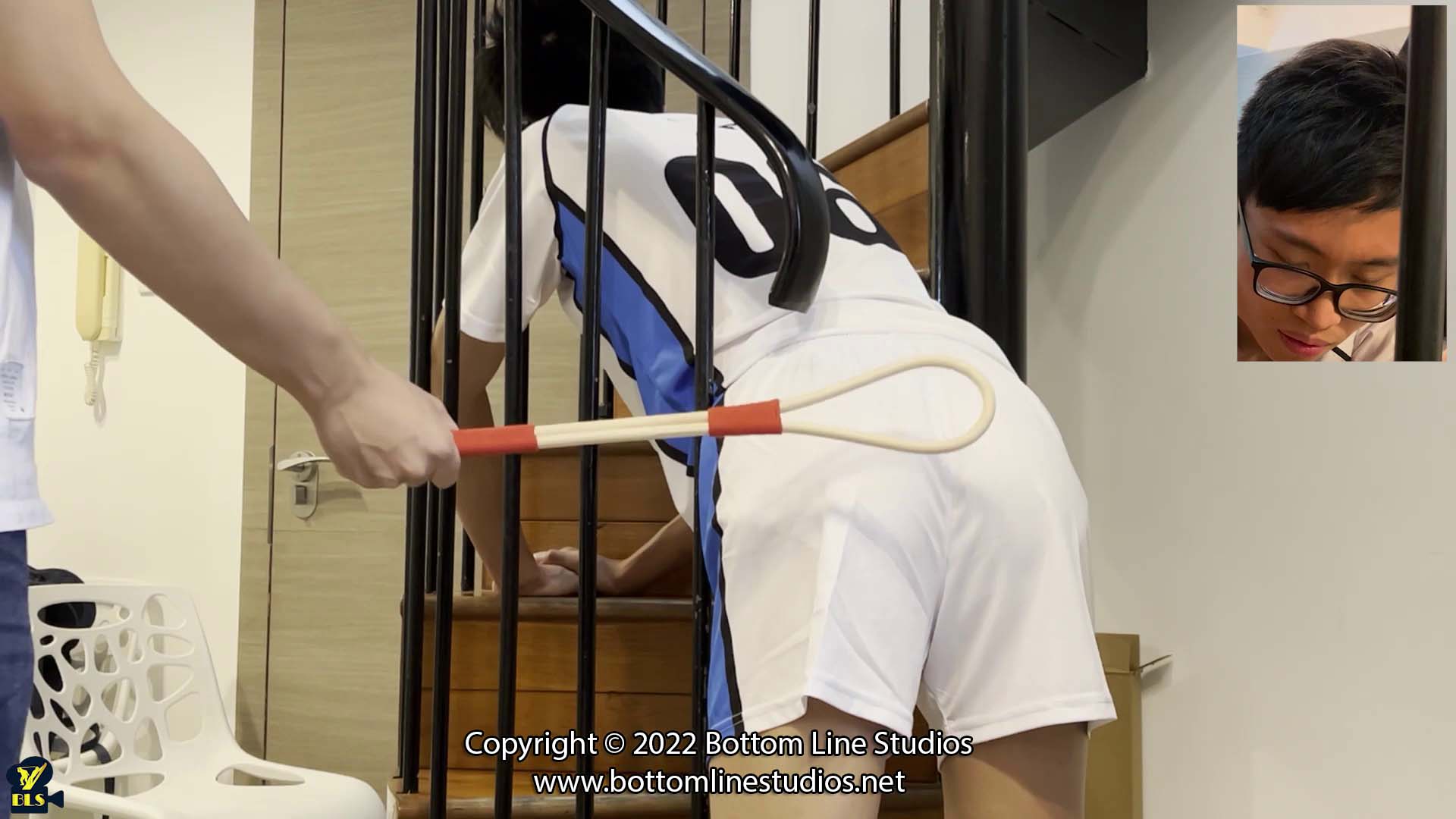 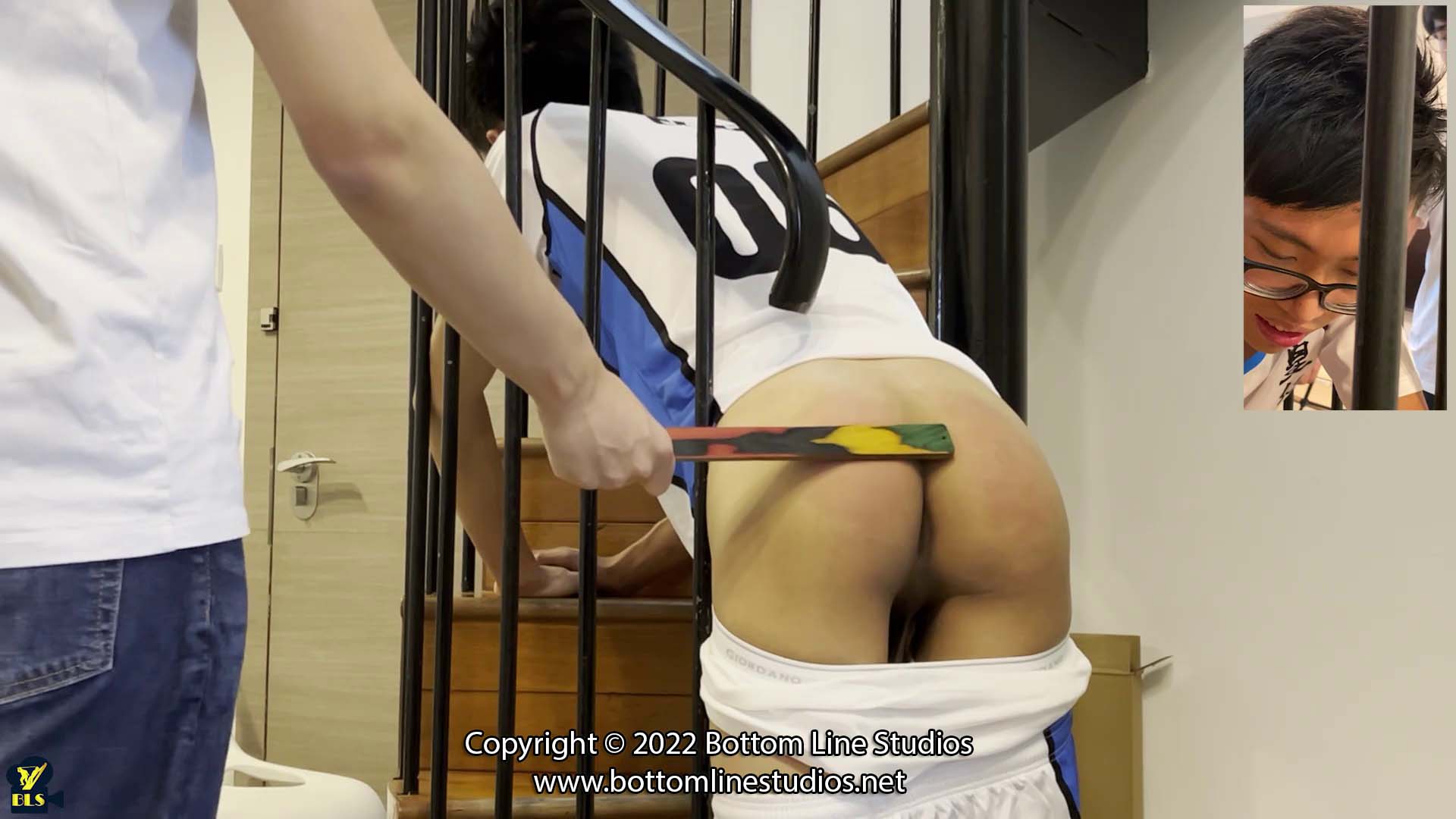 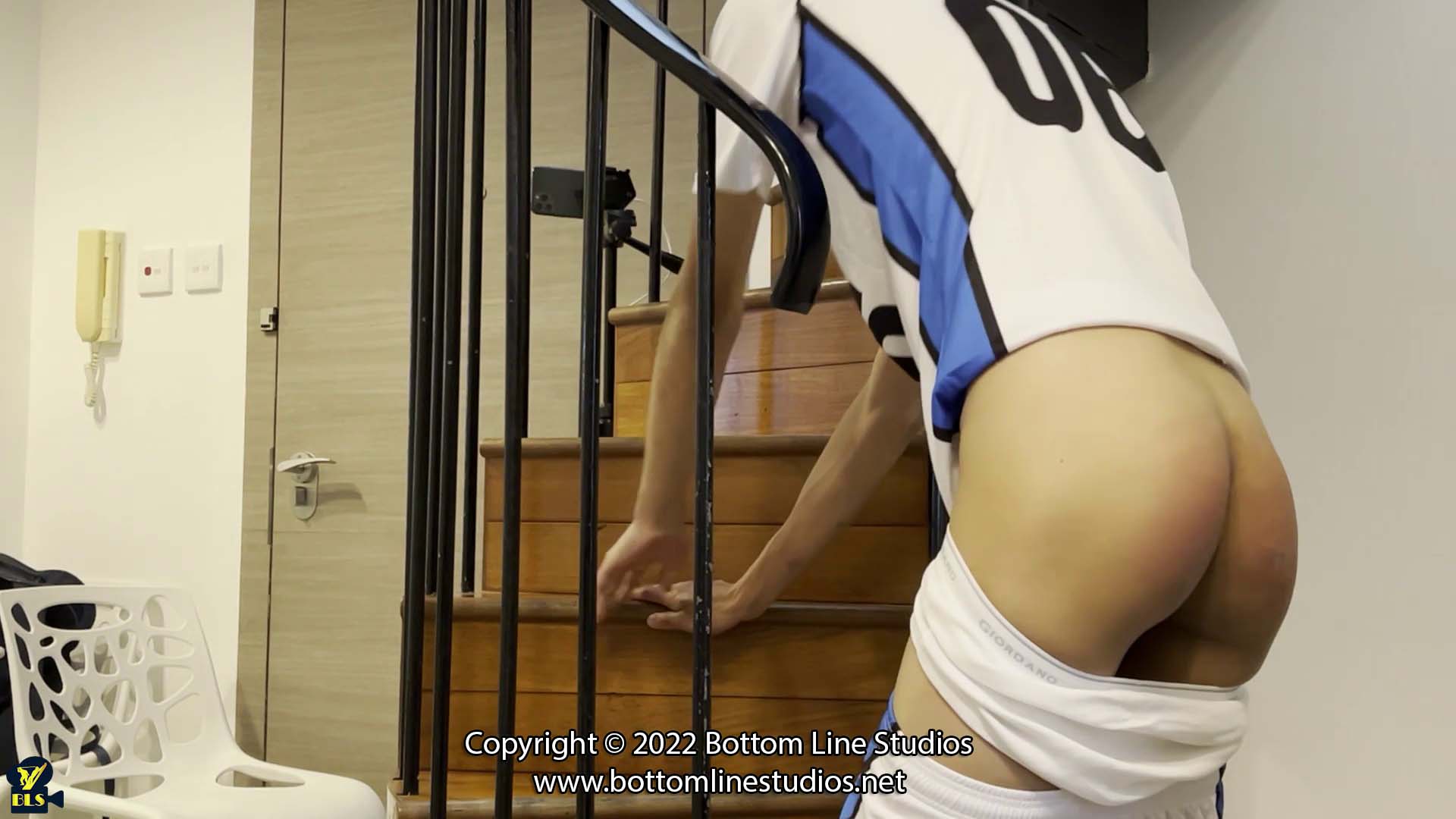 While his three terribly-tush-torment-training-terrorized teammates were enlisted as ‘Chinese volunteers’ for dubious reasons, Eric pitties their poor perfectly-perilously-pantless-presented peer-puppy-posteriors paying plentifully the pain-purple-painted price for poor performances, he himself has no greater ambition then to progress and play at college-level, having begged his lord father for permission to play this odd sport that’s neither Chinese nor quintessentially North American, hence clan-reviled as absurdly barbaric, having aced the try-out for lack of talented and motivated competitors, provided he keeps his grades up straight-AAs, arse-up for coach’s paddle instead of playing whenever not A+.
Having pledged to mentor his technically-&tactically-troubled teammates, coaches being close to clueless there too, hence clinging to copious CP as cure-all, Eric feels it’s only fair to find his frockless fanny flailed frequently for failing to further them in football, mostly mixed-in meeting meekly-mounted-male-mounds-misery as most CP from coaches is collective anyway, and additionally stepping-up to spare his mates by begging to be beaten badly by Jason alone as advanced motivation to ‘help’ teach the mates a next needed lesson, in which case he’s unworthy to suffer conventional implements as used at home, hence provided Sir to Jason’s odd taste with wickedly-well-whooping weird-stuff, an electrified bat, and a personalised spanking stick, fitting Sir’s family tradition, sycophantic symbol of slavish-super-servile submission to Sir’s sovereign spanking-taste, meaning the ‘oblate’ obediently offers his orbs for ongoing ordeals anytime, anywhere, like a CP demonstration at recruitment, even ‘perfectionist posterior punishment procedure practice’, probably pretty-pointless, pleasing the prick’s predatory pride.