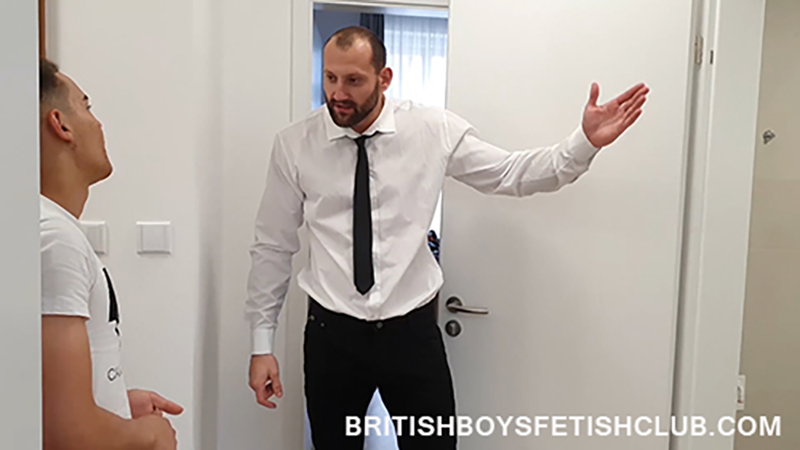 Sergio finds himself bending over the counter and getting a spanking. he has been in one of those mischievous moods all day and it was always going to end this way.
* 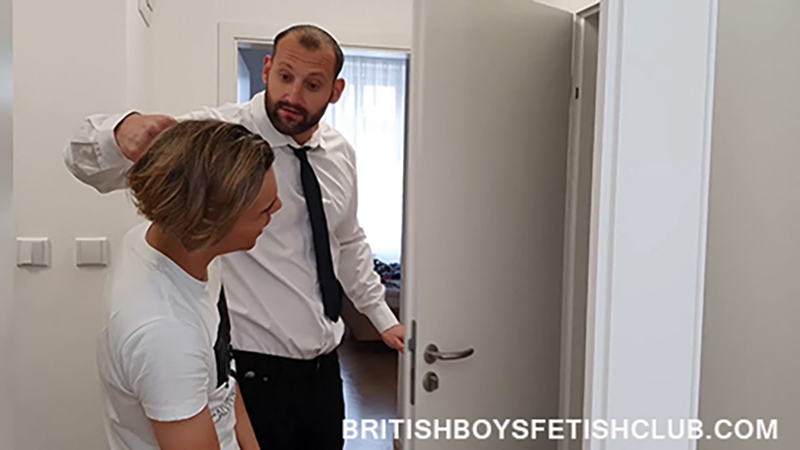 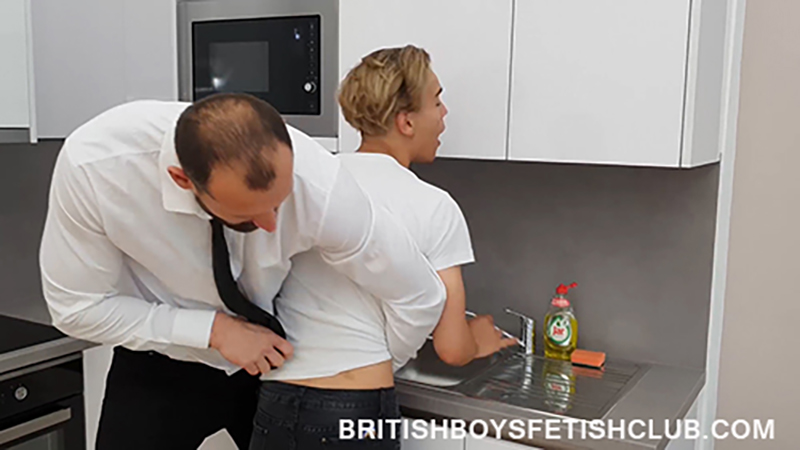 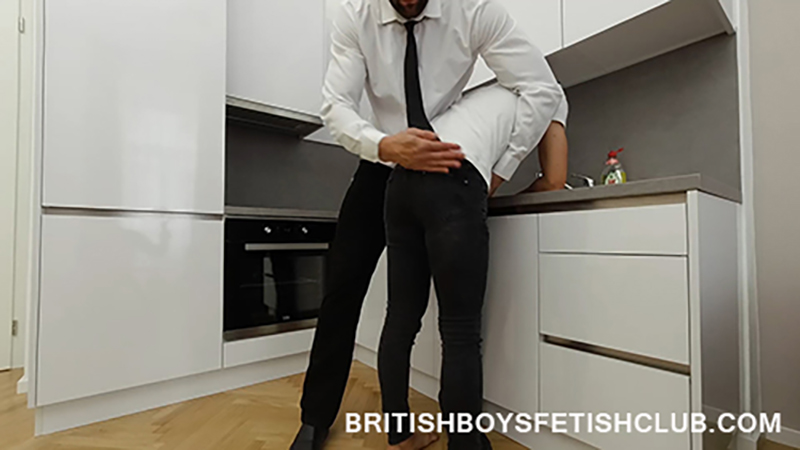 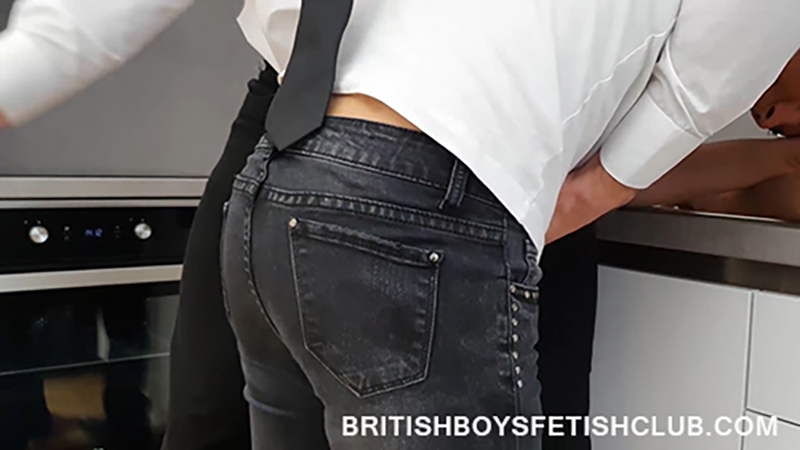 Starting on his tight black jeans he gets a well deserved spanking, a plucky little guy he really tries to see things through to the end regardless. His choice in underwear is a little bright but the stripes add something to the delightful wobble of his small butt.
* 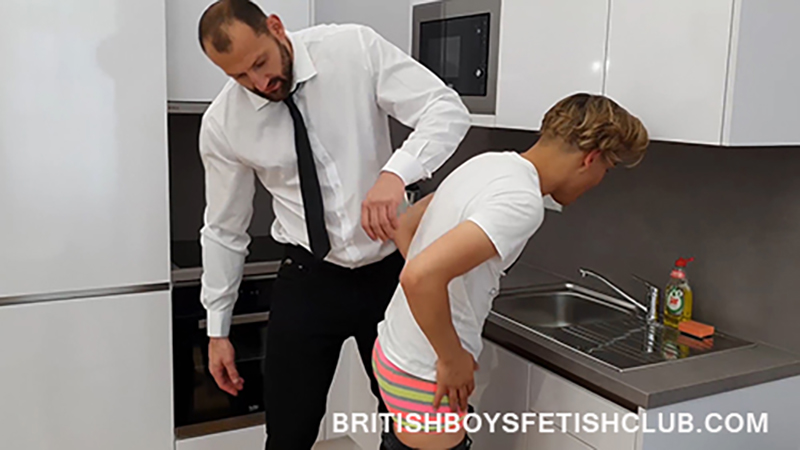 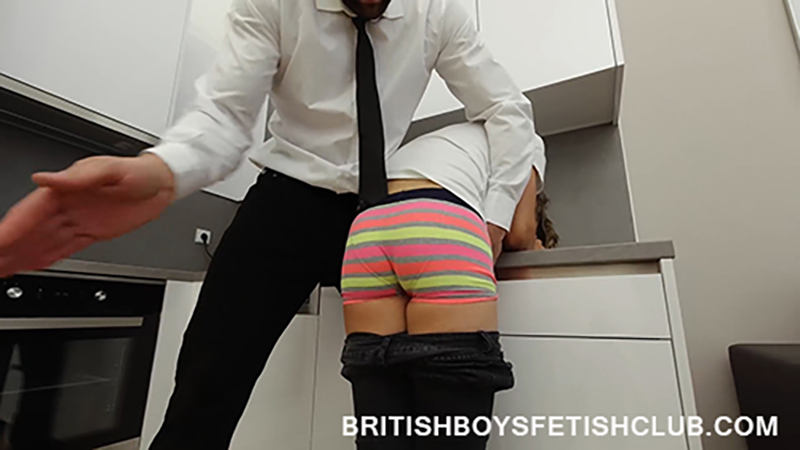 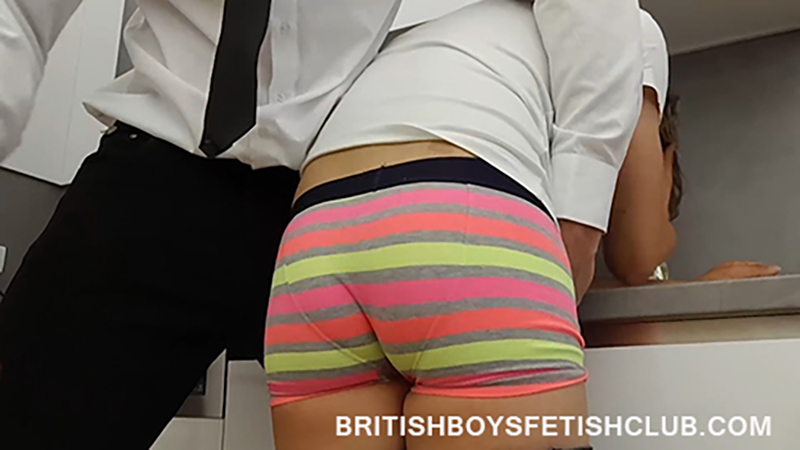 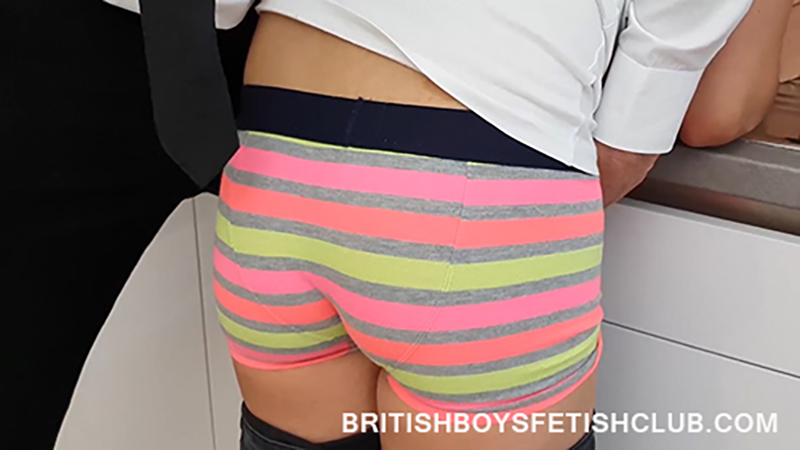 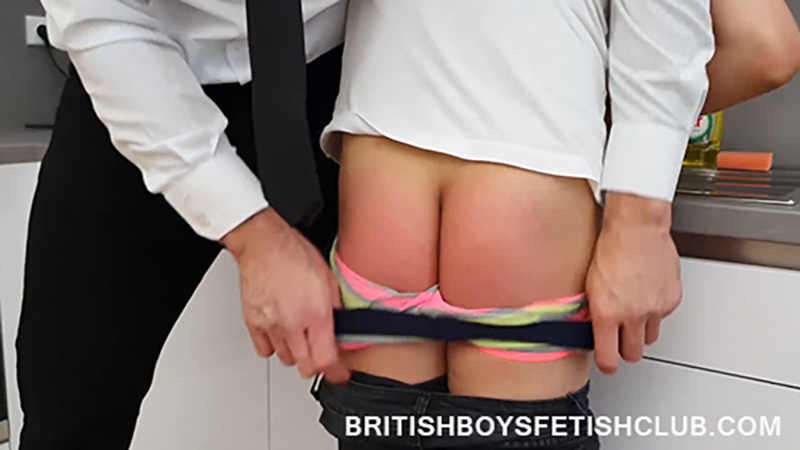 When the boxers are down that wobble takes on a new look, delightful to watch. At the end of his spanking the cheeky lad still manages to have a grin as he scampers from the room. Incorrigible to the last . 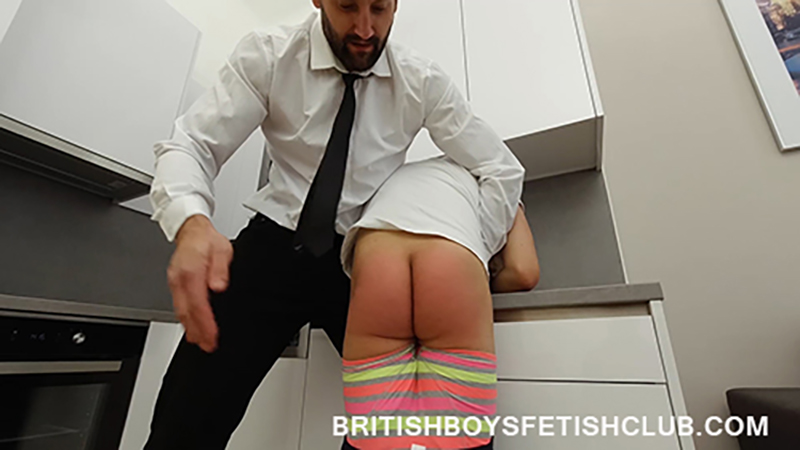 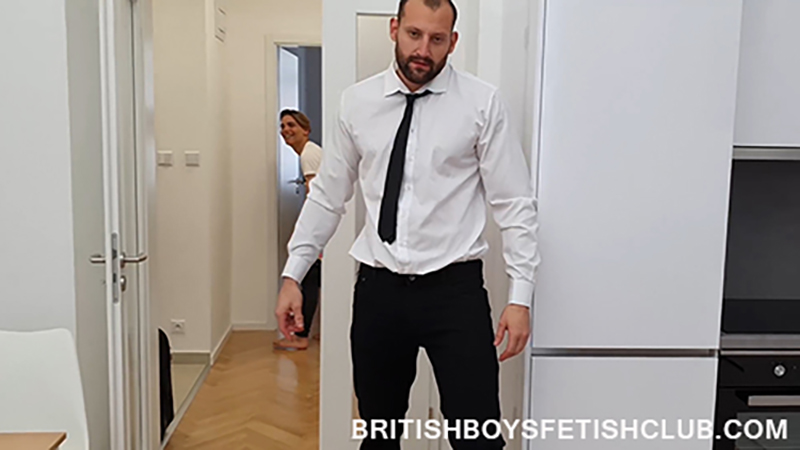 My heart did a double somersault today when I tuned in to Jock Spank and saw that drop-dead gorgeous little Sergio was going to get a spanking! Bent over the kitchen-counter in really tight black jeans, for Dimitri’s big hard hand across his pert cheeky little bottom! I don’t know what it is with some boys, but Sergio’s bum seems to get more pert and cheeky with every smacking he gets!

I have to say I can’t help feeling concerned about the young scamp’s attitude, though – it seems to be getting worse rather than improving as a few spankings ought to be making happen. However, we mustn’t stray too far down that avenue of thought – in fact, that was close! I could almost hear the triumphant braying of the no-smacking brigade as they thunder forth with their bleeding-heart garbage about how corporal punishment doesn’t work.

Black trousers always do it for me when a naughty boy is being disciplined in them, but then there’s always the thought: “What colour underpants is he wearing?” and the sneaking apprehension that they might be white boner-killers! Sadly, there is a precedent in Sergio’s case though I will say that he wears them very spankably! All fears proved groundless today! Oh, ye gods of Spankers’ Heaven! Bright Sergio’s briefs certainly were! But I’m one of those who think that boys’ briefs can never be too brightly coloured! After all, I remember the bright and smackably flamboyant boys’ coloured nylon briefs of the 70s and early 80s, beloved, from personal observation, of four out of every five British lads of all ages! That was truly the Golden Age of Spanking – the age of short shorts, tight trousers and coloured nylon briefs, such perfect combinations to wear for smacking!

I am fairly sure we’ve seen these candy-striped boxer-briefs of Sergio’s before, and they represent a highly suitable selection from his pants-drawer to don as spankingwear! A great thing about horizontally striped underpants is that they have a way of bringing out the roundness of a lad’s bottom which adds greatly to the aesthetic aspect of a skelped backside! They also have the advantage that if you’re caning a boy or giving him the belt or the strap, they offer a range of wonderful targets, each of which will enable the boy to feel a different degree of pain! And the pink stripes, when Sergio’s briefs are finally taken down, perfectly match the pink of his well-smacked bare bottom!

After a good tanned arse, spiced with some painful ear-pulling, the lad scampers out of the room, still bare-bottomed! And I am sure I am not the only one who was appalled by that utterly impertinent grin as young Sergio turned back to the camera! For all his squirming and yelping while he was getting his bottom smacked, the little rascal dares to behave like that! I don’t think Dimitri saw, which was probably just as well for this seriously naughty boy!

I think that needs knocking out of Sergio, frankly! My word! He needs taking down a peg! And a good start would be that the next time he gets smacked, he should be laid over the knee! And a hard instrument of punishment applied to those phenomenally cheeky buttocks! Perhaps, in fact, it would be no bad thing if he had to bend over and the cane came out…