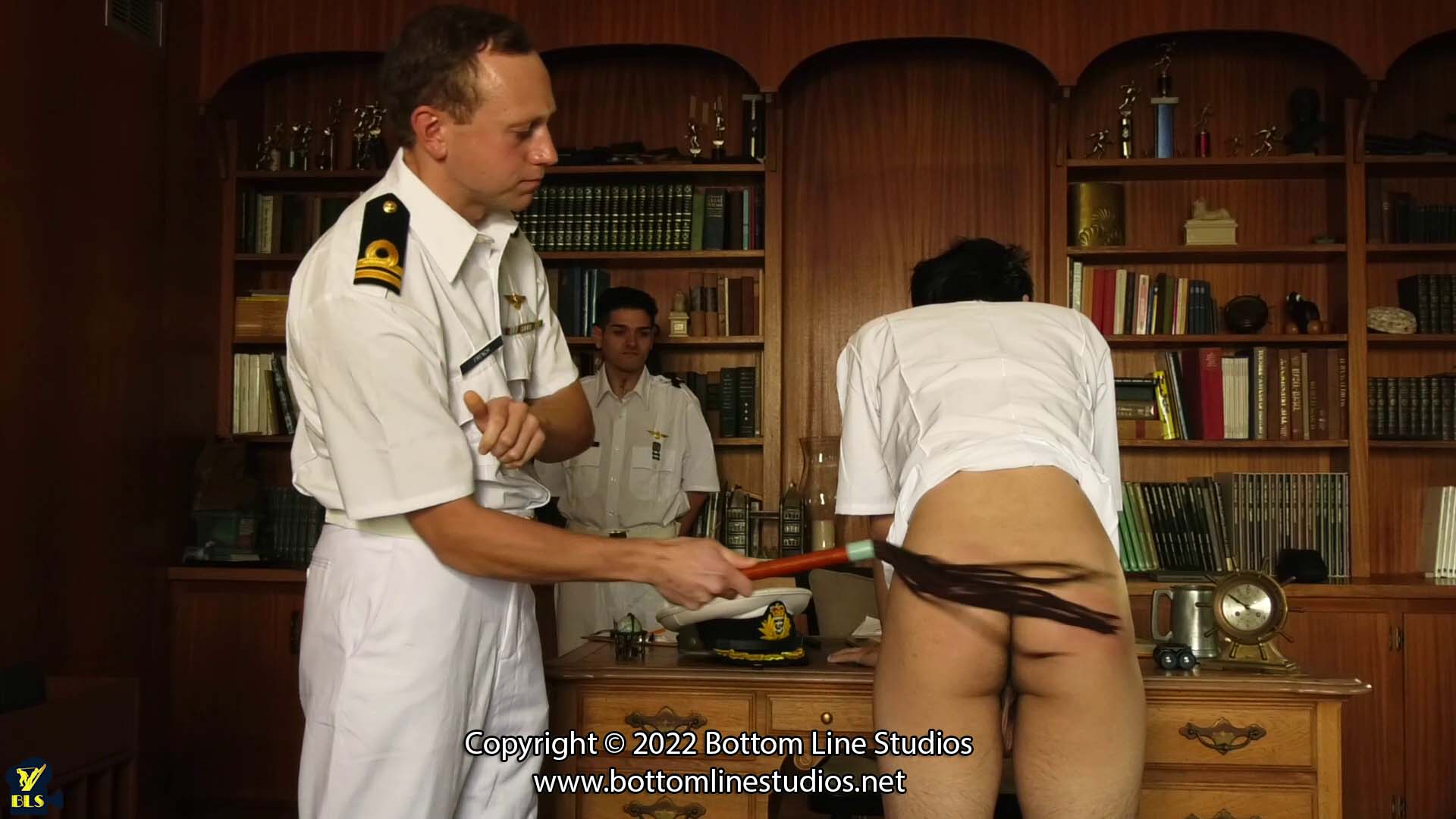 Navy cadets Aiden, Alex and Marc have received a terrible evaluation report. Lt. Riley French is tasked with making sure this is the last such report that reaches his desk. Fortunately he has his own trio of disciplinary tools to help him in this task as he begins with Aiden: the hand, martinet and paddle. 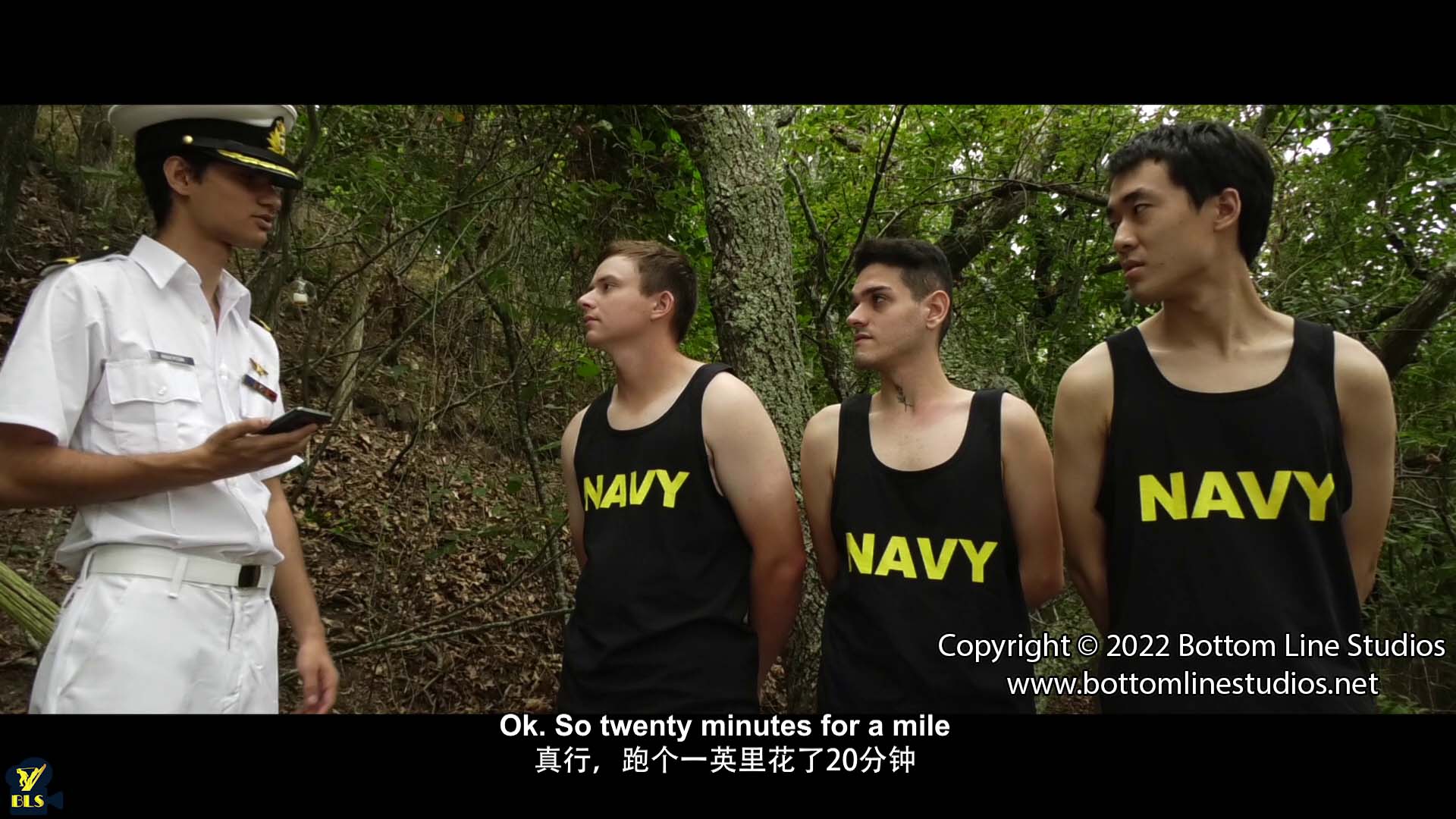 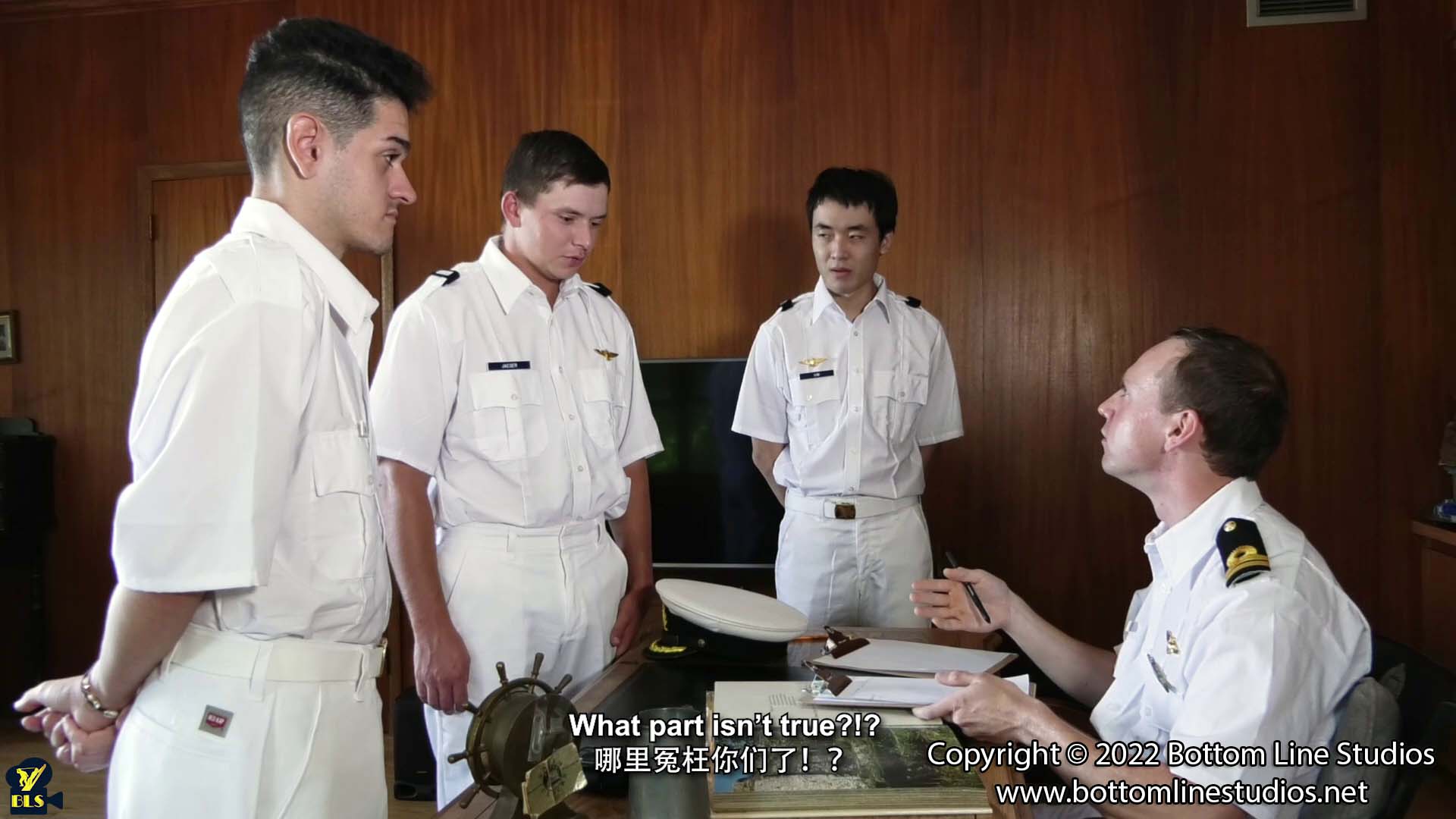 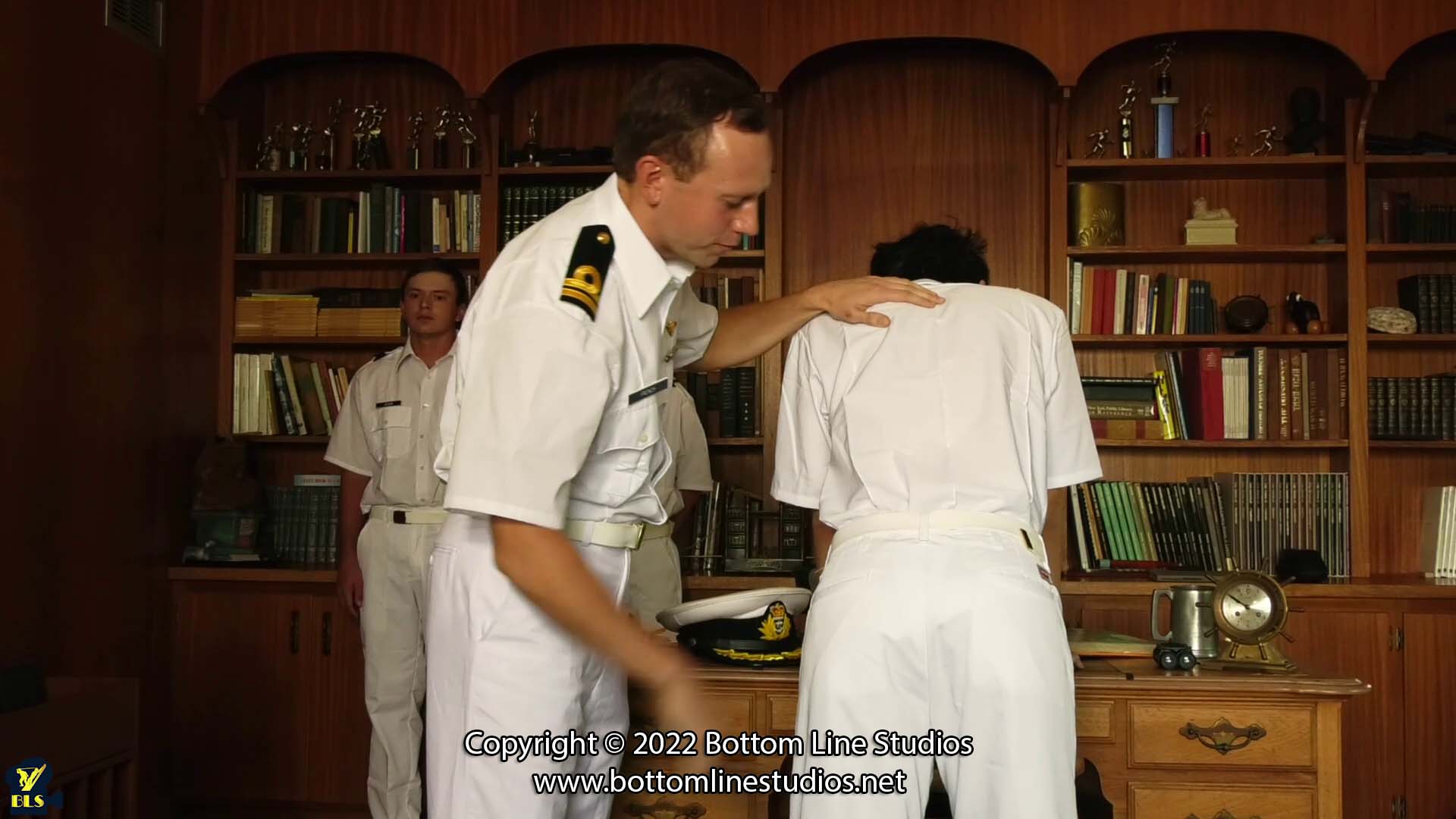 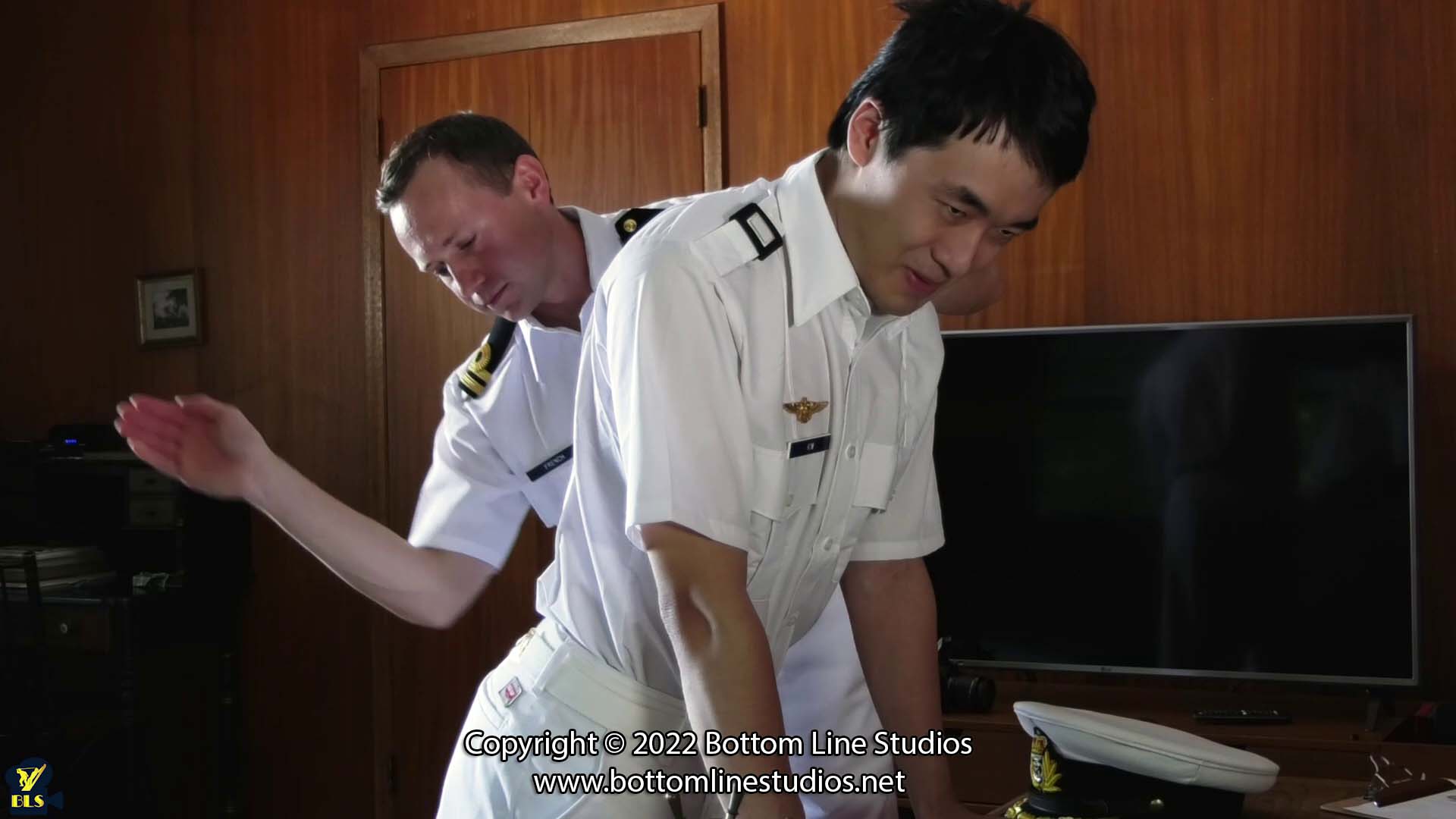 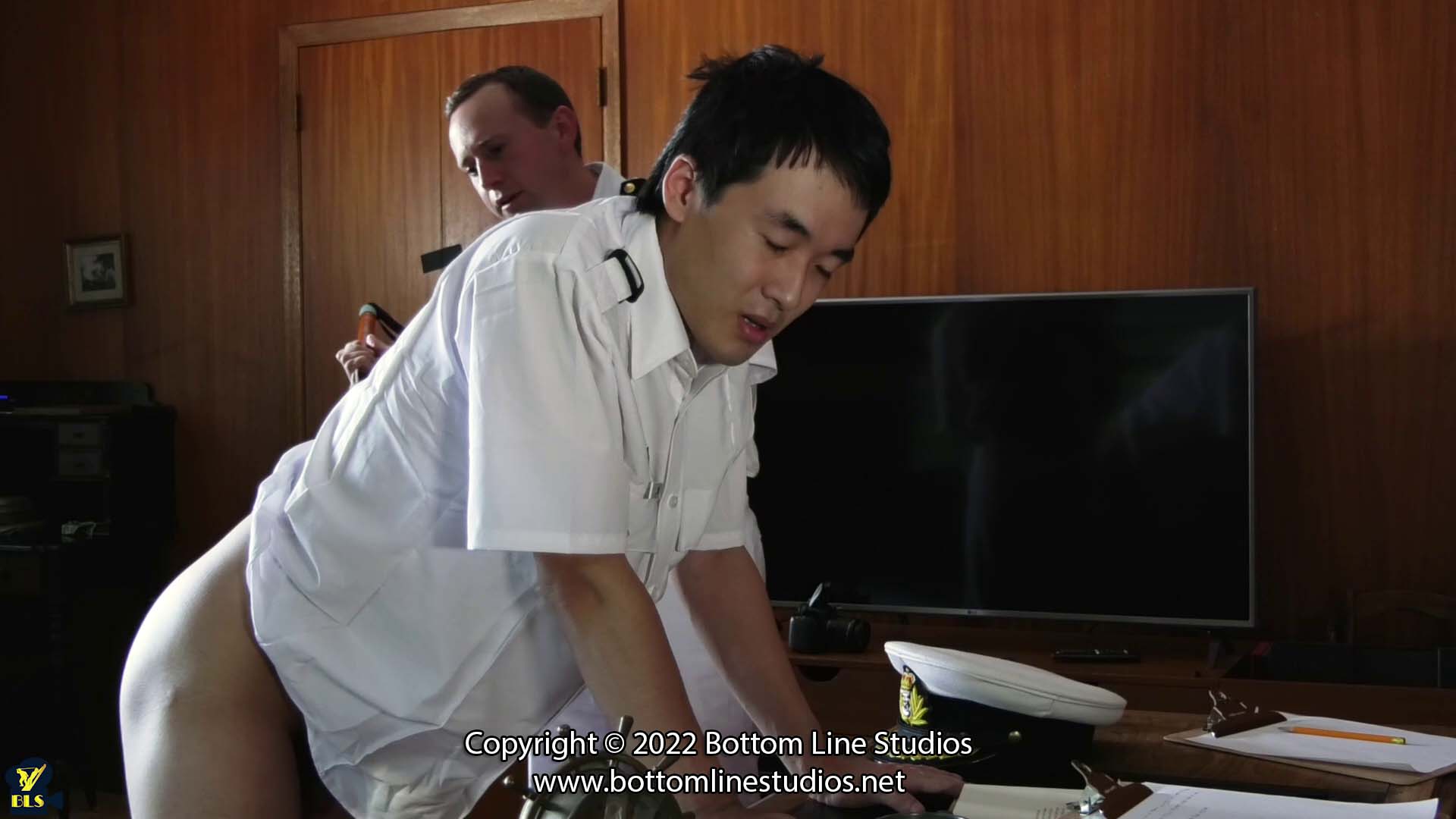 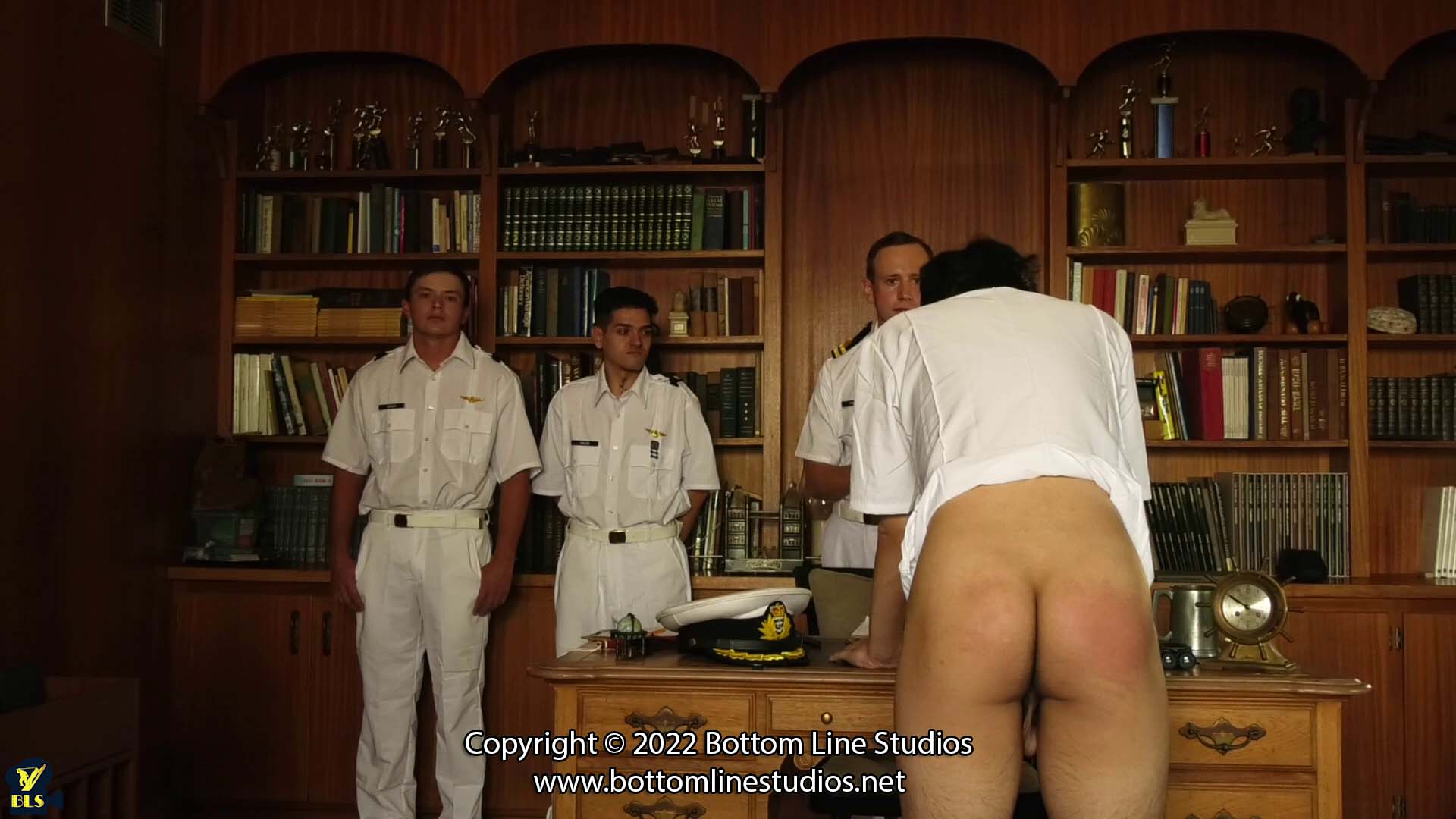 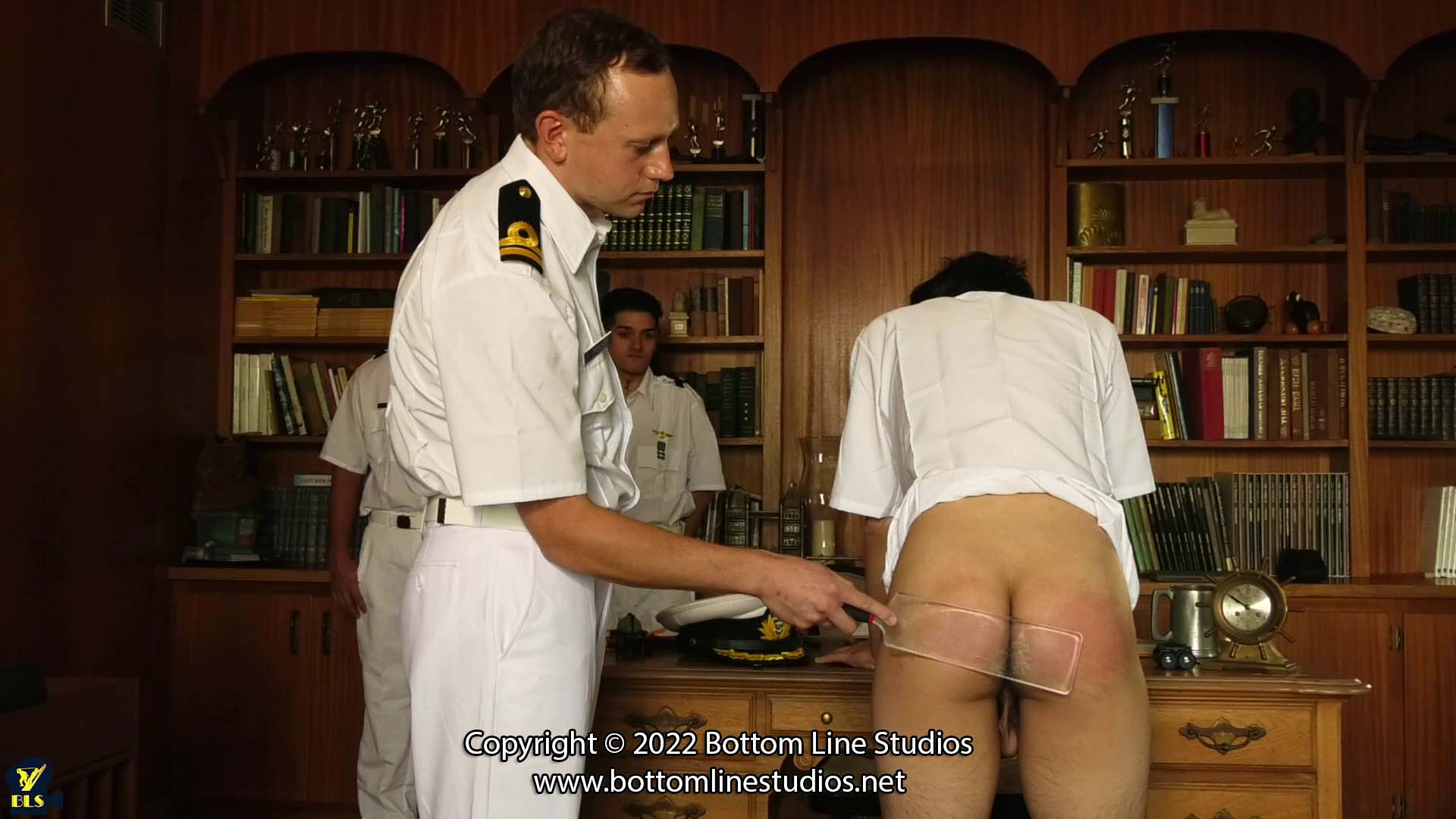 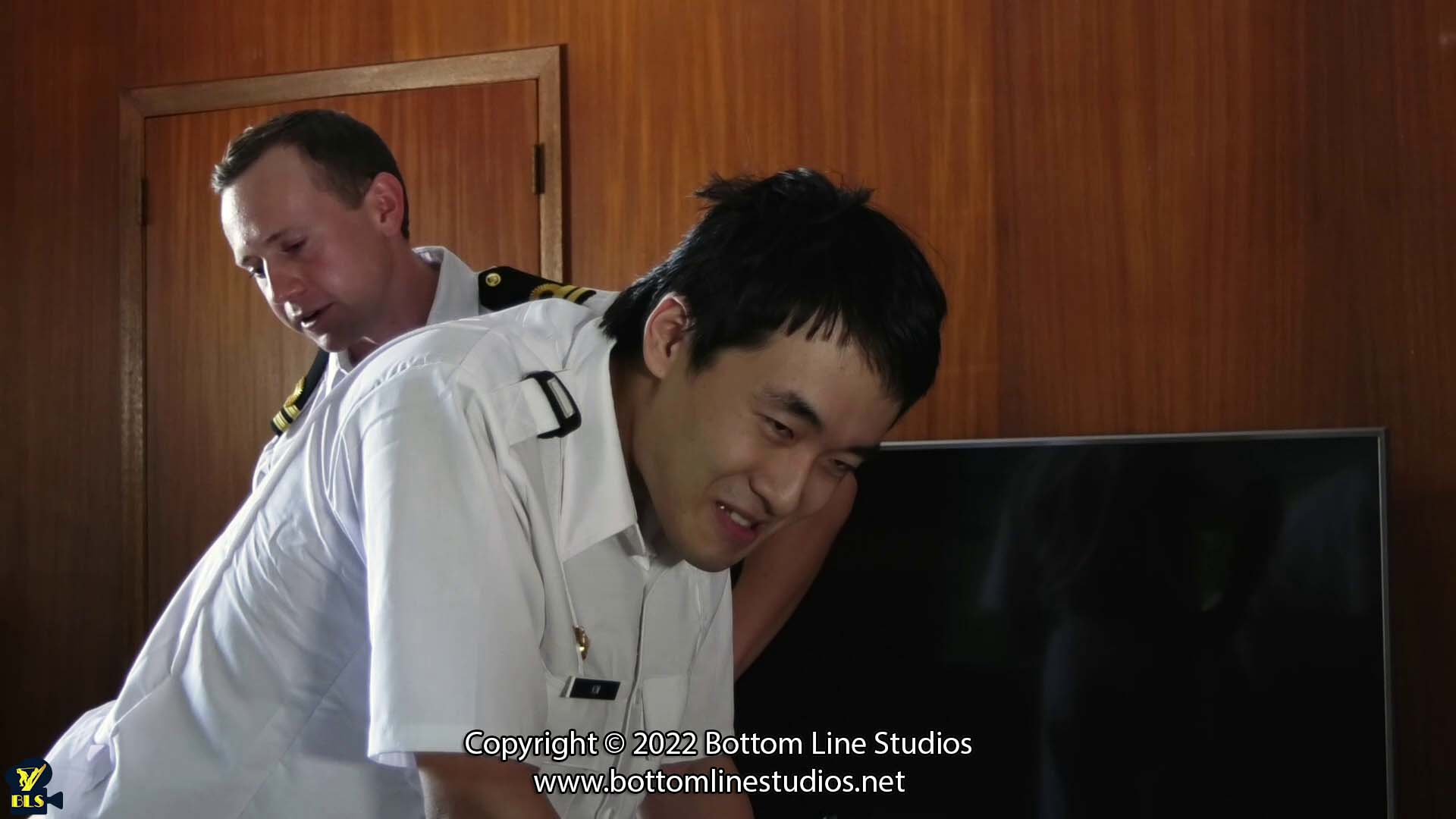 A remarkably-responsible rear admiral’s rich family runs Atlantic, Pacific and Indian Ocean-based rascal-navy-brats-orphans-residences, where the youngster sons of fallen fleet-heroes and assimilated citizens can sign up, being signed over by family or other guardians, to get a fine, fully-free, firmly-fanny-flailing education and must serve a minimum of ten years in their fathers’ former fleets, after graduating from an associated naval school.
In each such school, there is an informal but(t) intimately-intense in loco parentis system of mentoring, where junior instructors like Diego keep acribic records of each knave’s performances, faults and flaws, and informally receives them daily in private for minor discipline on the bare, usually over his knee, hand-spanked if lucky ‘to keep them in their place’, bellowing belted first on countless counts, just as they were used to be regularly reared red-raw in residences.
Every Friday (or if the junior mentor finds a formidable fault more urgent), reports go to their senior training officer mentors, who occasionally (it happened to Alec twice this term) reward a ravishing record with an instant weekend pass, most must first cue-up for soundly-severe spanking sessions, savage for some sub-standard-sailor-squirts, such as a sally-switch worn-out wickedly-well scarlet-striping stripped seats (as often suffered by Marc and/or Aiden, mostly jointly as after goofing off), the fearsome mark of a fucking-firm CO, made mercilessly-meanly marking meekly-mounted-male-mounds manifold.
Since that strict CO was promoted away, it seems the sally-plants are recovering like the scoundrels’ ability to sit all week, while their records plummet, poignant petty-posterior-pain proof Riley is a sissy-soft superior, senselessly sparing shameful stumblers suitably-serious spankings. Luckily (seeming different for them), Diego keeps in contact with the former CO and the rear admiral’s foundation, who agree to halve Riley’s mentoring fee and make only the easy half of cadets report to him, doubling Diego’s as he gets the Friday floggings of the failures half, and a free hand to add extra arse-agony any time, which he does especially on weekly forest runs, making each cut a switch to be tried on their trio tushes and take the meanest to the office, which Riley must leave for his feared Friday flagellation after the softy senior Sir’s sissy-spankings-session.
The boys are assigned regular sally planting chores, to assure the wickedly-whippy willow wood to whack the wayward worms wriggling-wretchedly won’t wither, growing back as vigorously and healthily as the hell-hot-hit hide on their helplessly-heightened humblehound-hinies heals. The rear admiral has good hopes the better-butt-bared-and-beaten brats’ grades will go up again as their abject arses, aching after almost-everyday upendings, in which case Diego’s career should too (soon CO?), unlike Riley’s: one transfer to a dreary, dead-end desk job, which doesn’t really require ruthless rascal-rears-red-raw-ravaging-rigidity.