The popular American Spanking artist Copper has decided to educate a new generation in the history of male spanking videos, and maybe rekindle some warm memories in an older generation. Copper intends to create a series of “History Lessons” that trace the early days of our fetish on video. In this second instalment Copper focuses on one of the original American spanking studios from the 1980’s Studio 7

Copper has provided a brief written history of the studio, together with a selection of Studio 7’s original adverts.

Based in San Diego, California, Studio-7 was founded by DON STEELE and CAL JOHNSON (not their real names) in the early 1980’s. Their first video, “Billy” was copyrighted in 1982, making Studio-7 one of the very first film studios to produce male-spanking erotica. Over the years, Studio-7 would produce 112 spanking videos in addition to 11 “Preview Tapes” that featured several short vignettes from their most recent releases. Additionally, toward the end of its run, Studio-7 distributed a number of videos known as their “Premium Amateur” series, releasing home movies sent in by fans. Studio-7 videos were only released on VHS tapes and were originally priced from $34.95 to $69.95.

Like other studios in that era, they released several of their earliest Super-8 films on video cassette, but with no sound-track (they did add a musical background). In addition to their videos, Studio-7 also offered photo-sets from their films, charging $20 for 18 color prints. By the late 90’s, they offered the photos on a CD-Rom, with 100 pics for $9.95 (custom made from whatever films you requested).

In 1983, Studio-7 began publishing Woodshed Magazine that featured spanking stories and ads for their own videos in addition to classified ads submitted by customers. Woodshed also included early artwork by Steve Burke and originally sold for $5 per issue. In 1995 Studio-7 discontinued Woodshed Magazine after publishing 55 issues.

While Studio-7 continued to produce and release videos through the rest of the decade, by 2002 they had stopped shooting any new productions. They continued to sell their catalog of videos on-line and by mail order for several years before finally closing up shop. At the present time, I found four Studio-7 titles (Cat Burglar, Jason, Obey My Rules and Uncle Josh) available for viewing on Porn-Hub. They listed a fifth video (Andy Spanked to Tears) but it is actually from a competitor, Sundaze Studios, and not Studio-7. Occasionally you can find original cassettes or copies of Woodshed Magazine offered from sellers that specialize in vintage erotica.

I am attaching several samples of their advertising including the cover and several pages of videos from their 1984 catalog. There is also an ad for Woodshed Magazine and a comic book created by contributing artist Steve Burke. Finally, there is a color catalog page for a couple of the last videos produced by Studio-7, as well the order form for their first 100 videos. 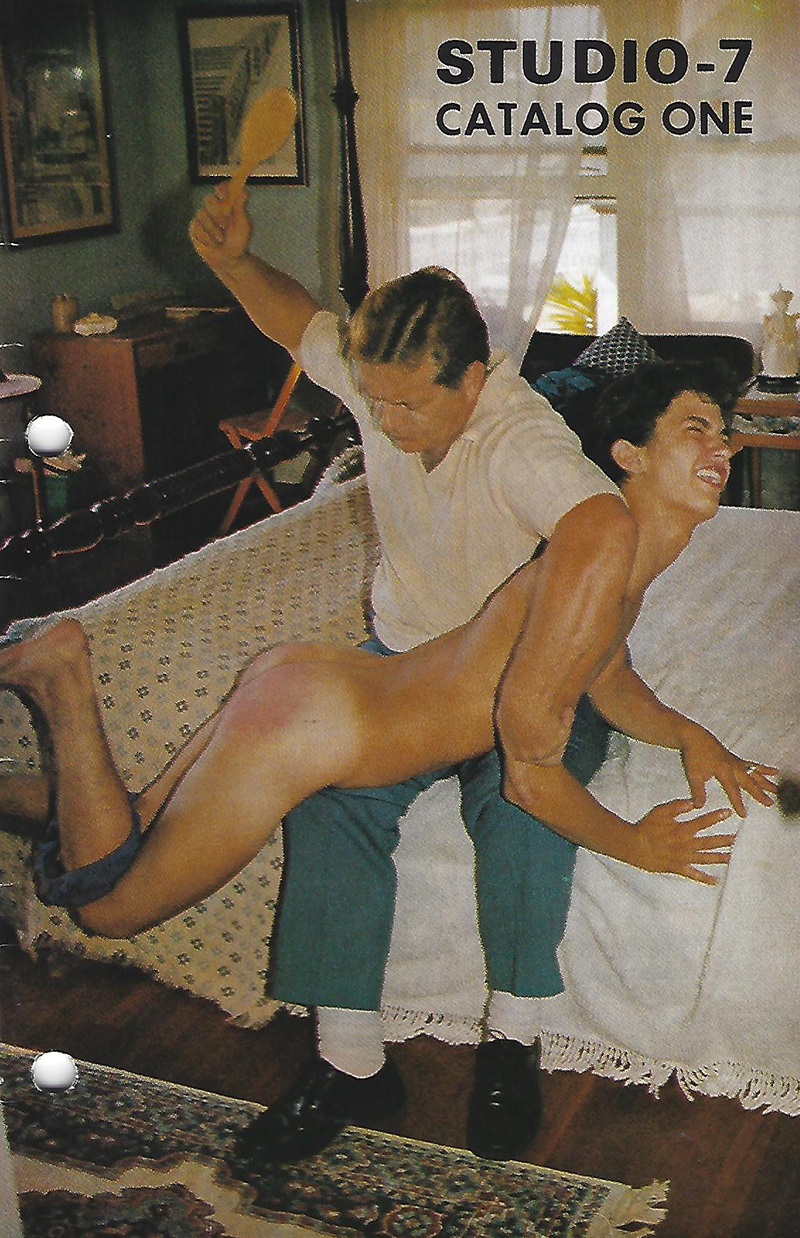 One final note: The color photograph on the cover of the catalog features their model Jock, getting a hairbrush spanking in a bedroom. While Jock appeared in a couple of their films, this particular scene was from a photo shoot and was never available on video tape. 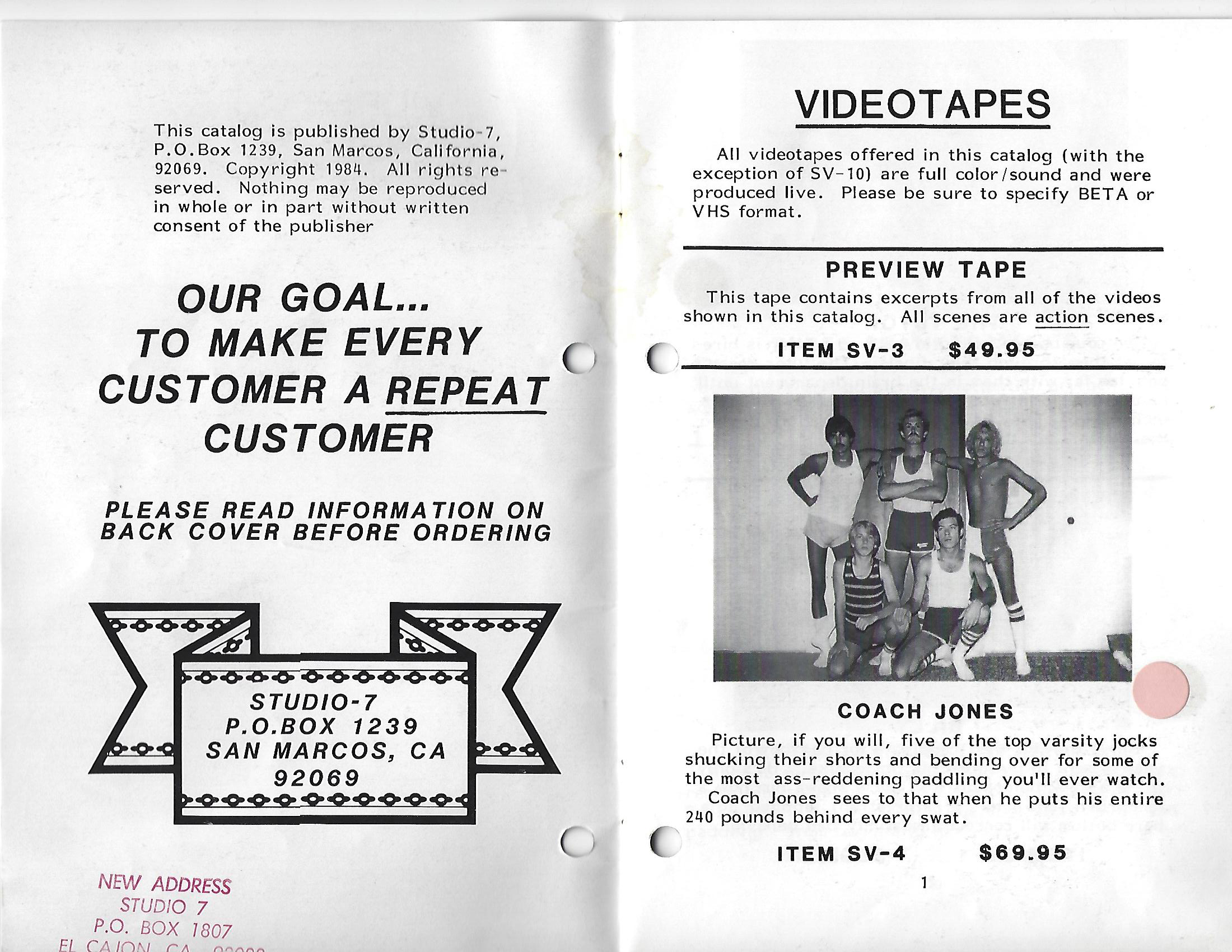 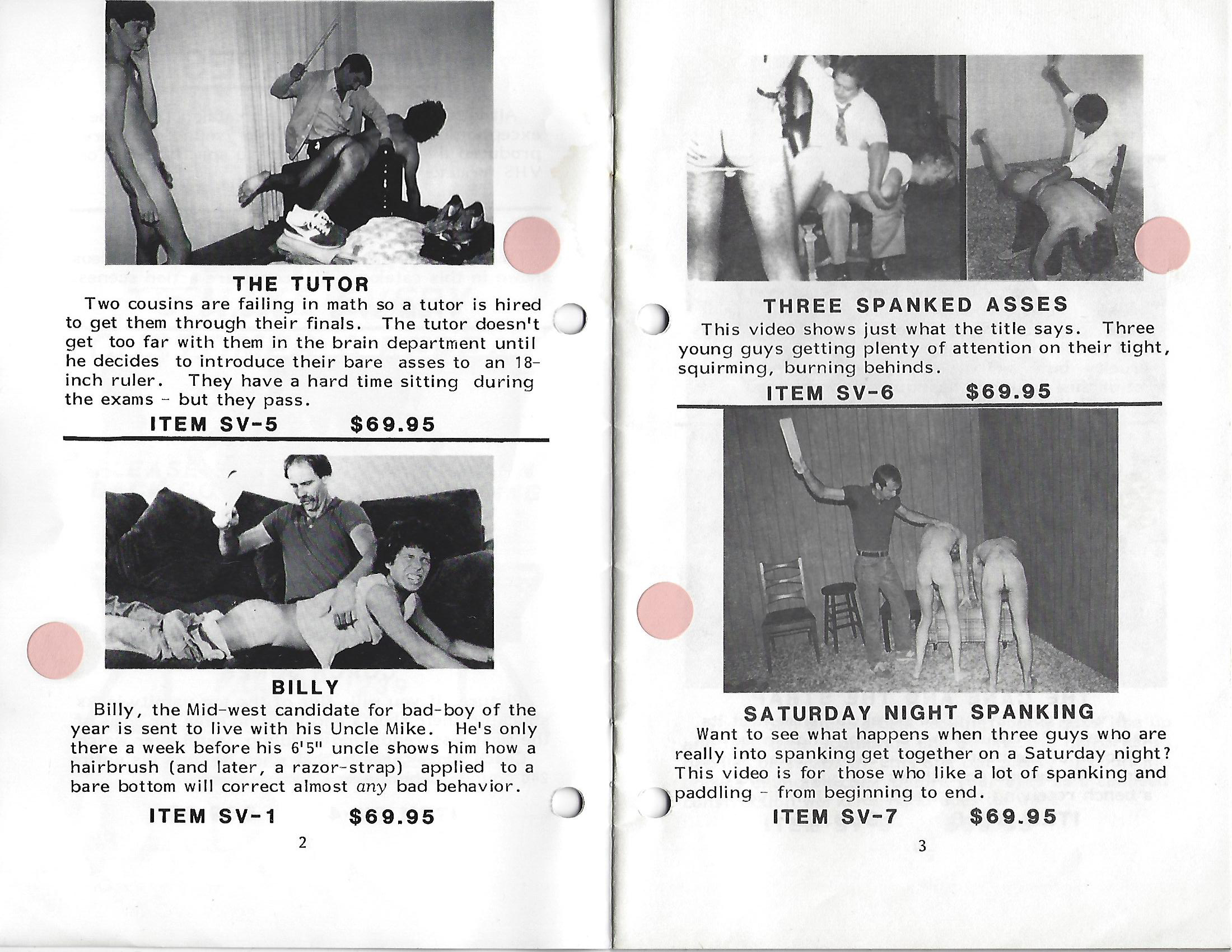 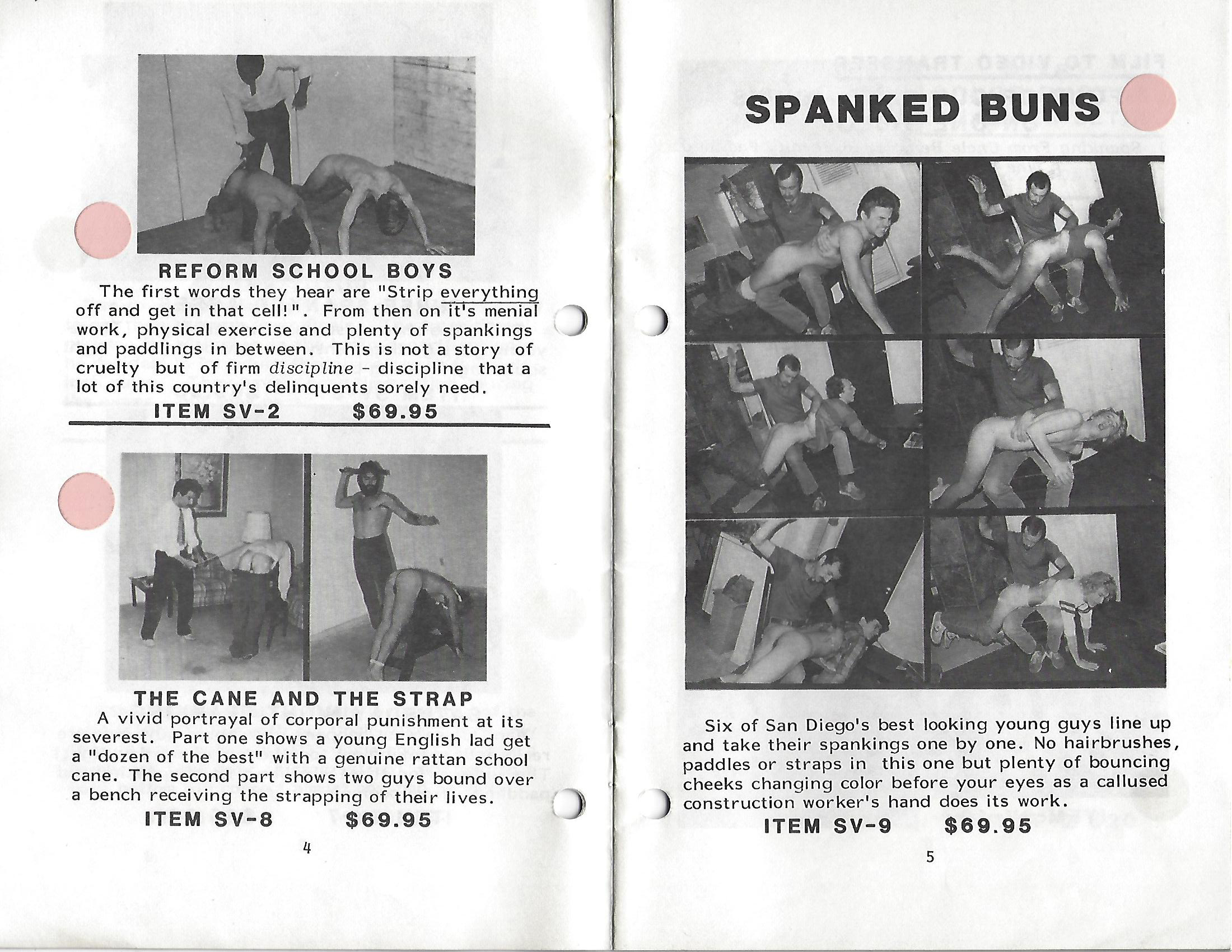 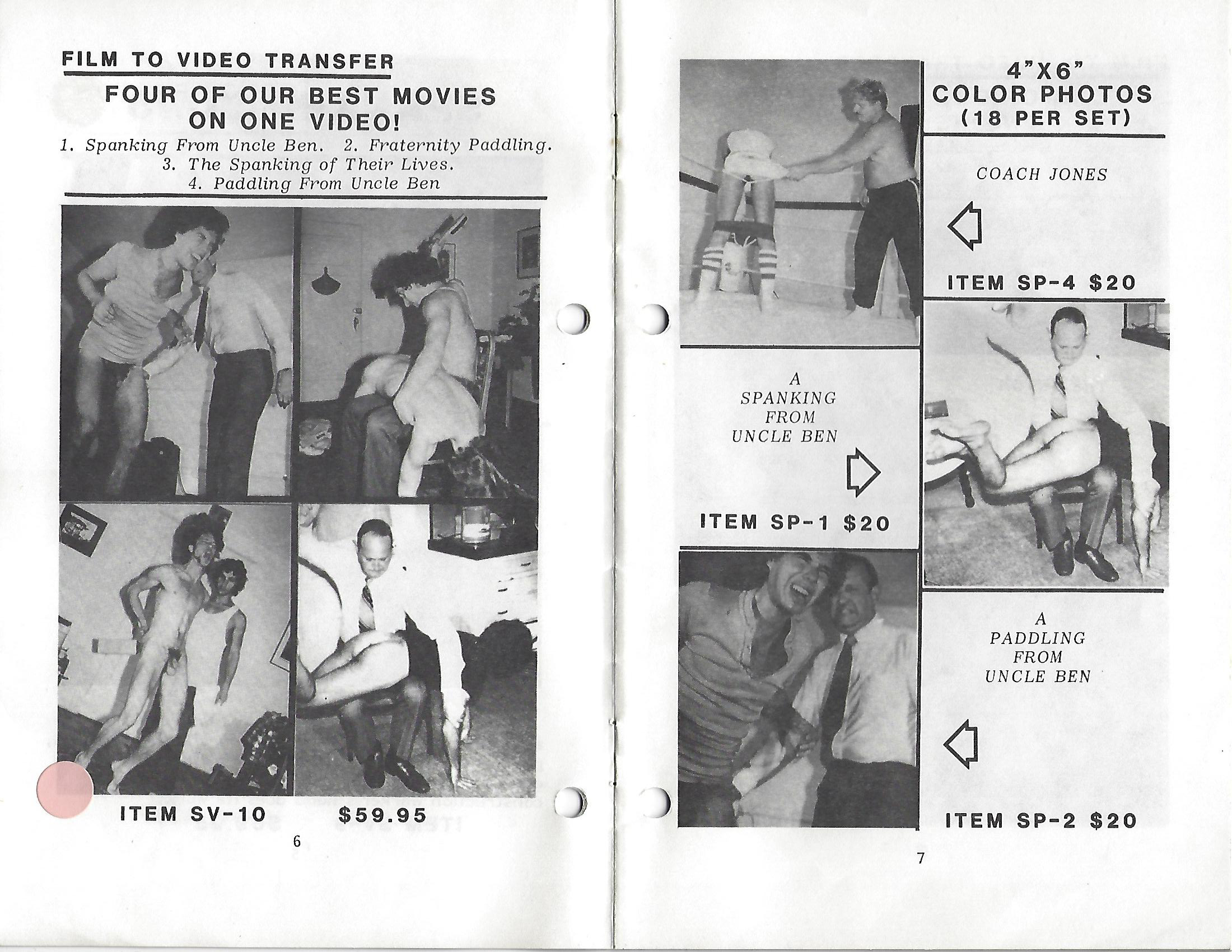 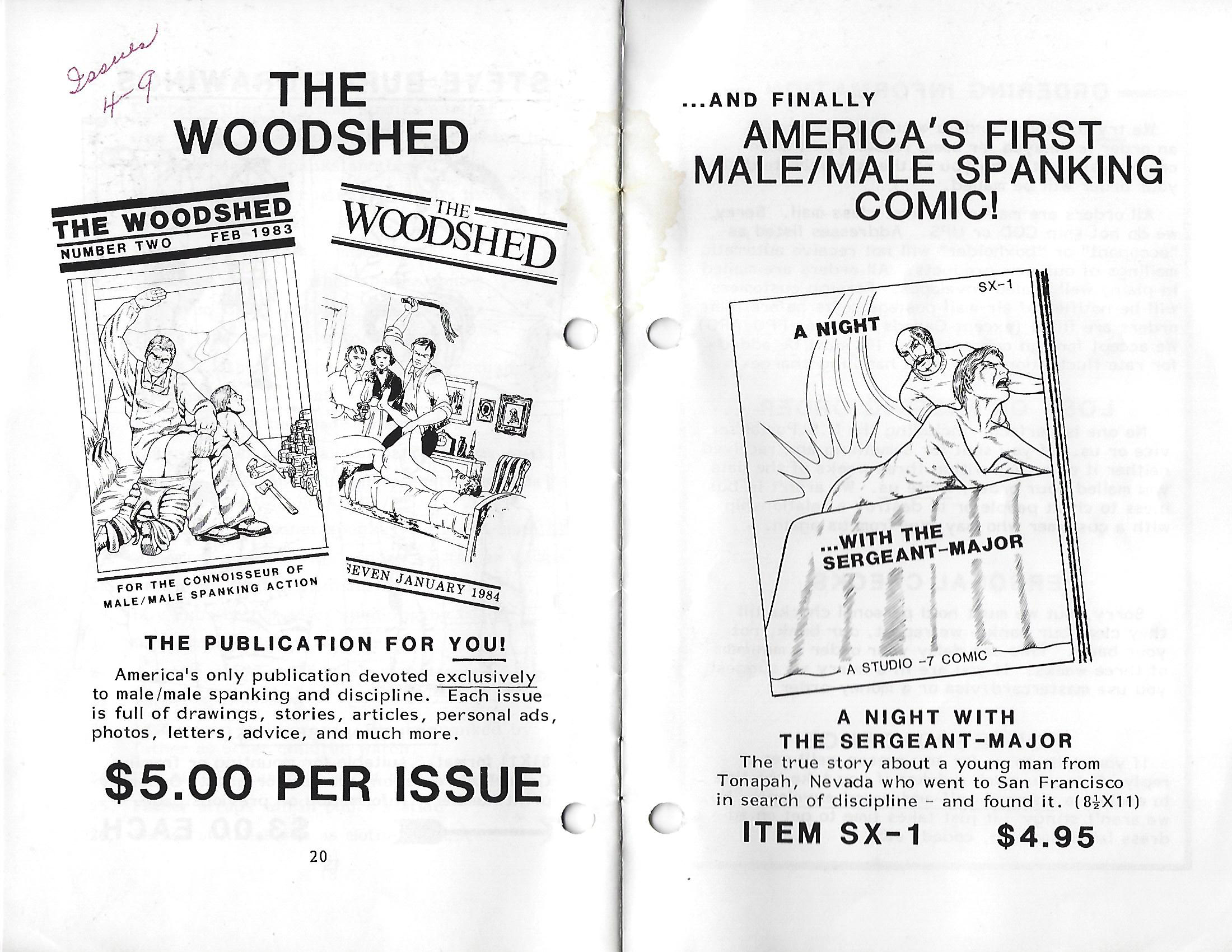 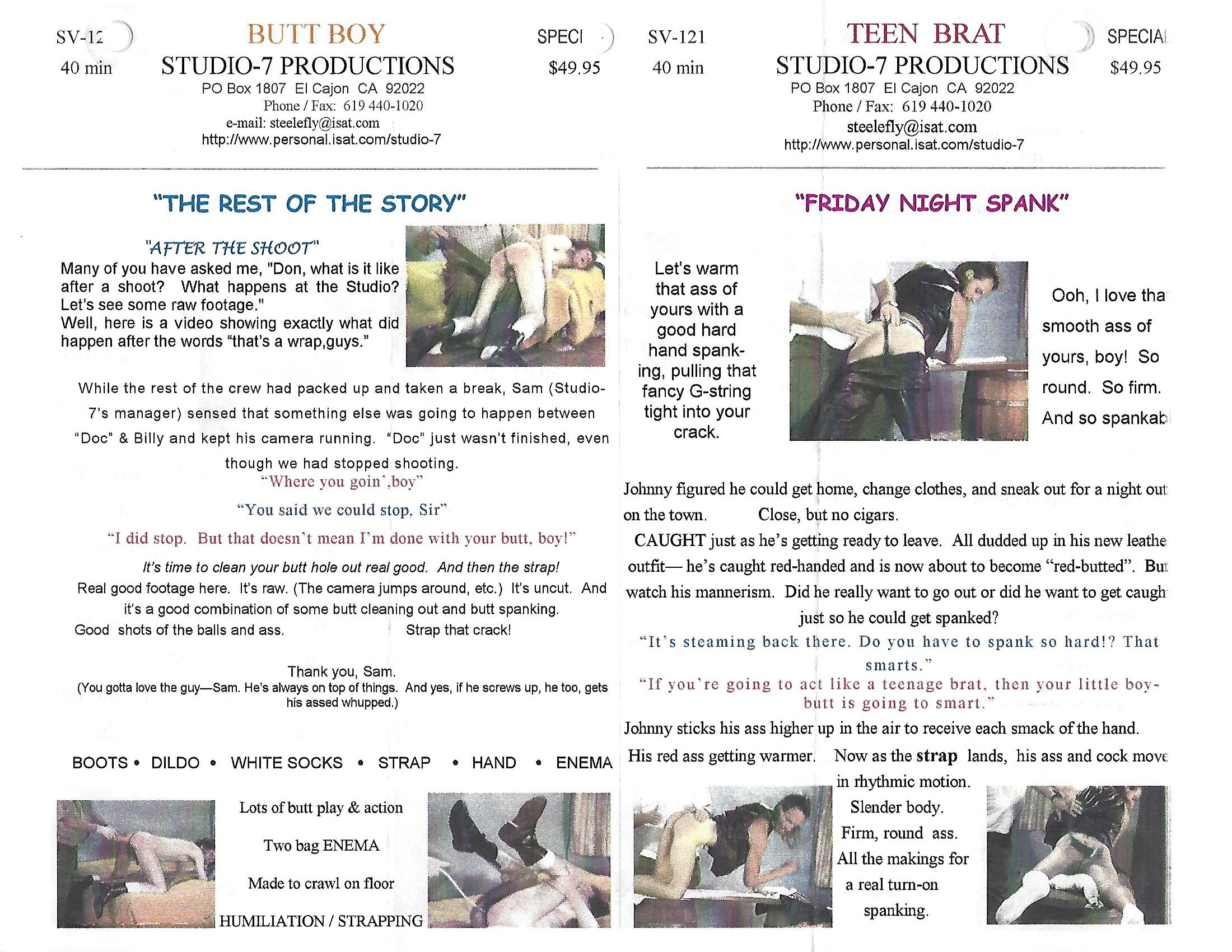 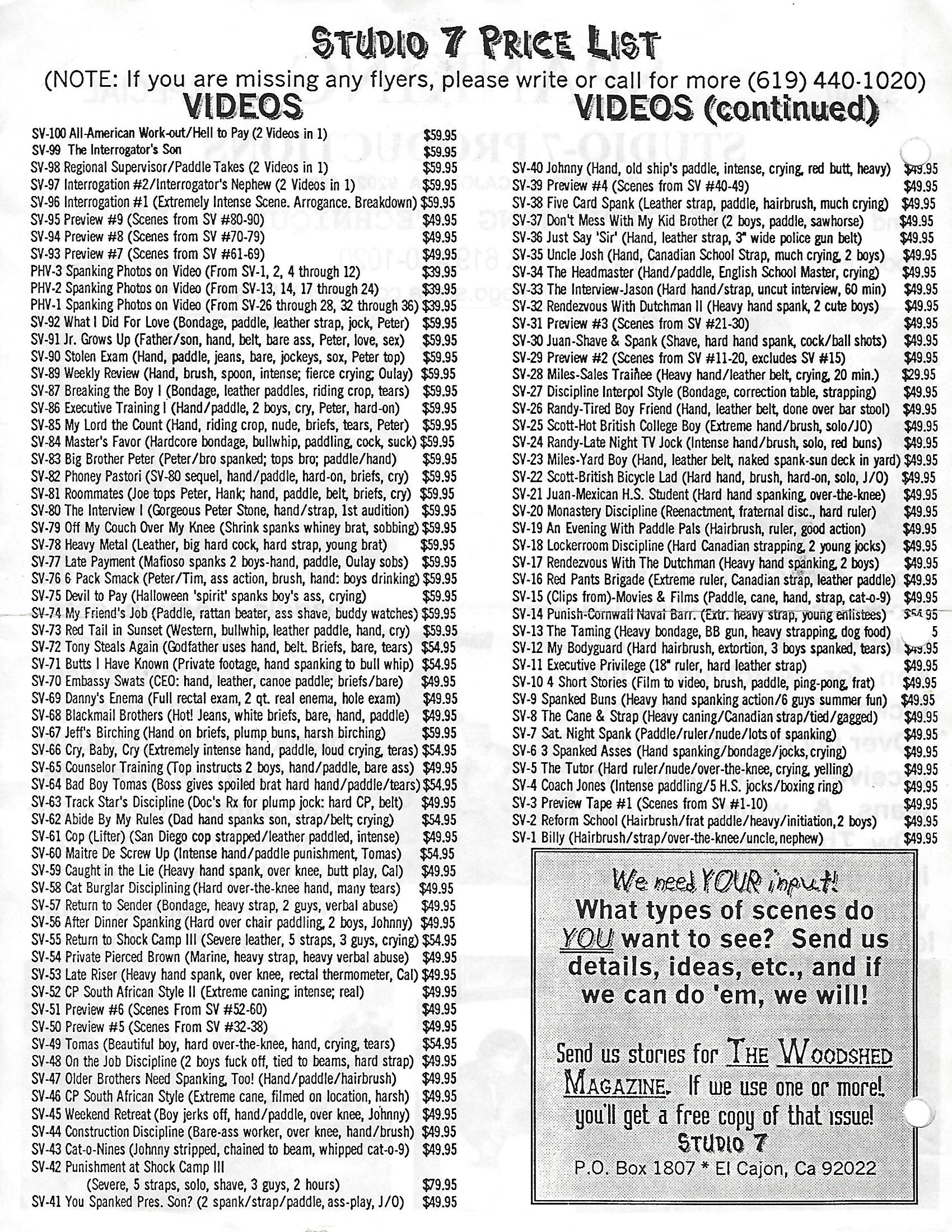 A Night with the Sergeant Major,I’ve seen this before, wa sit posted here?

No I am afraid it wasn’t posted here, presumably on another MM spanking site

Hello Ward,
It was on the old yahoo sp group back in the 00’s decade. Never saved a copy sadly 🙁

He introduces himself as ‘Jacques’ I wonder if that is where the Jock name comes from?

He had a lovely deep voice

The video you mention probably wasn’t poor quality when it was produced, but the 1980’s was the age of VHS video piracy where videos were repeatedly copied and sold on resulting in increasingly poor visual quality,

I was 23 in 1982 here in Germany. I had a spanking fetish for years and didn’t have a clue, that there was something on the other side of the Atlantic I didn’t even dare to dream of. Thanks so much for releasing these vintage trasures ! :-))

Does anyone know where can I find the video titled “three spanking asses”?

Does anyone know where I can find the video SV-13 The Taming?