“Whats Happening To Me!” – Fem Dom Spanking Art by Franco 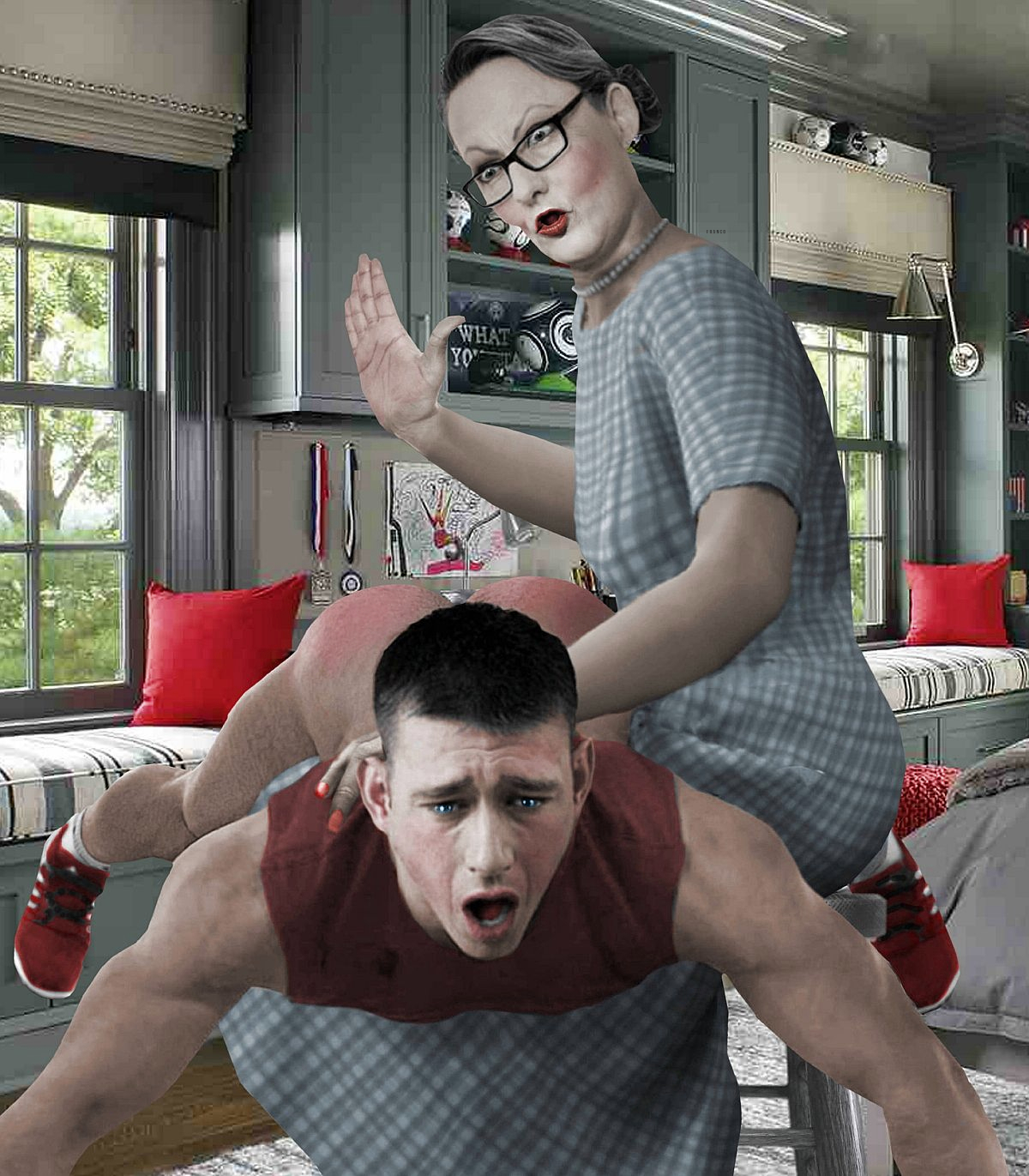 “Whats Happening To Me!”
May be what is running through this young man’s mind. While a rhetorical question, we all know, including him what is really happening.

We can enjoy his reactions because it is his bottom receiving the attention, not ours. He is the one now forced to deal with the energetic and purposeful slaps kissing his presented posterior.

Yes, this is a real spanking. A spanking that as usual stings and burns as one would expect, and while he wants it to stop, there are other sensations beginning to emerge. Burning and stinging start to morph into buzzing and tingling sensations. How can this be?

Slaps continue like clock work across that bottom, while his erection throbs, imprisoned between him and her knee. The core of his being has become excited, and the battle of sensations seems to be overwhelming him. Regardless of his offence, if there was one in the first place, it seems that this young man is well on his way to becoming a spanko.

Art and Text by Franco

You can view more of Franco’s Spanking images, by Clicking Here

Love those widespread legs and the look on his face!

Another great F/M drawing by FRANCO. He never fails to impress. Speaking of FRANCO he recently had a site on TUMBLER but it appears to have been removed. Any idea why it was removed? Keep those drawings both M/M and F/M going…

Perhaps it was simply becoming superfluous as Franco -and many other MM-spanking artists- got a great collection (as complete? – comprising two galleries)
at http://www.gayspankart.com/piwigo/index.php