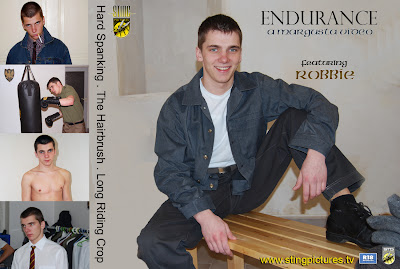 Another Sting Guest release “Endurance” Directed by Margusta and featuring Robbie.
Robbie is one of Sting Pictures most favourite models. He has appeared in many of the filmed stories and received just about every instrument of persuasion you could name. He prides himself in being able to take it and does so very stoically although it’s easy to see he’s using all his will power to do it. Margusta’s filmed sequences are different in the way they are made. There are few if any breaks and after he has positioned his cameras you are able to see both facial and business end angles simultaneously. In this short film Robbie is first given a long over the knee spanking after which the bath brush is applied hard and at times in rapid fire! Directly following this sequence the long and very whippy training crop is applied with Robbie counting out all the strokes. The action is long and very hard. Robbie’s firm athletic backside is testament to real punishment all gained through a painful and hard test of Endurance. 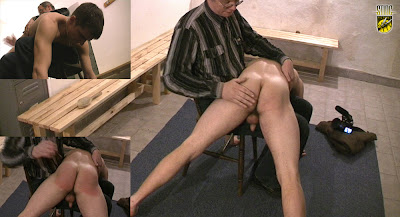 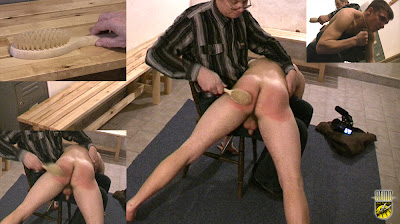 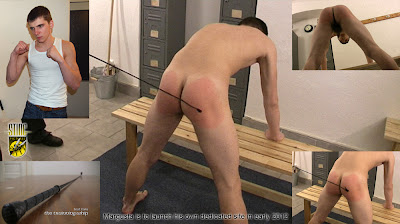 Links:
www.stingpictures.tv
Endurance download
There is a link to the Sting 18.USC.2257 proof of age / record keeping declaration in the right hand column at this blog
Margusta is to launch his own dedicated website in early 2012

The title is no exaggeration, this really is a trial of endurance.

Rob gets a very hard spanking