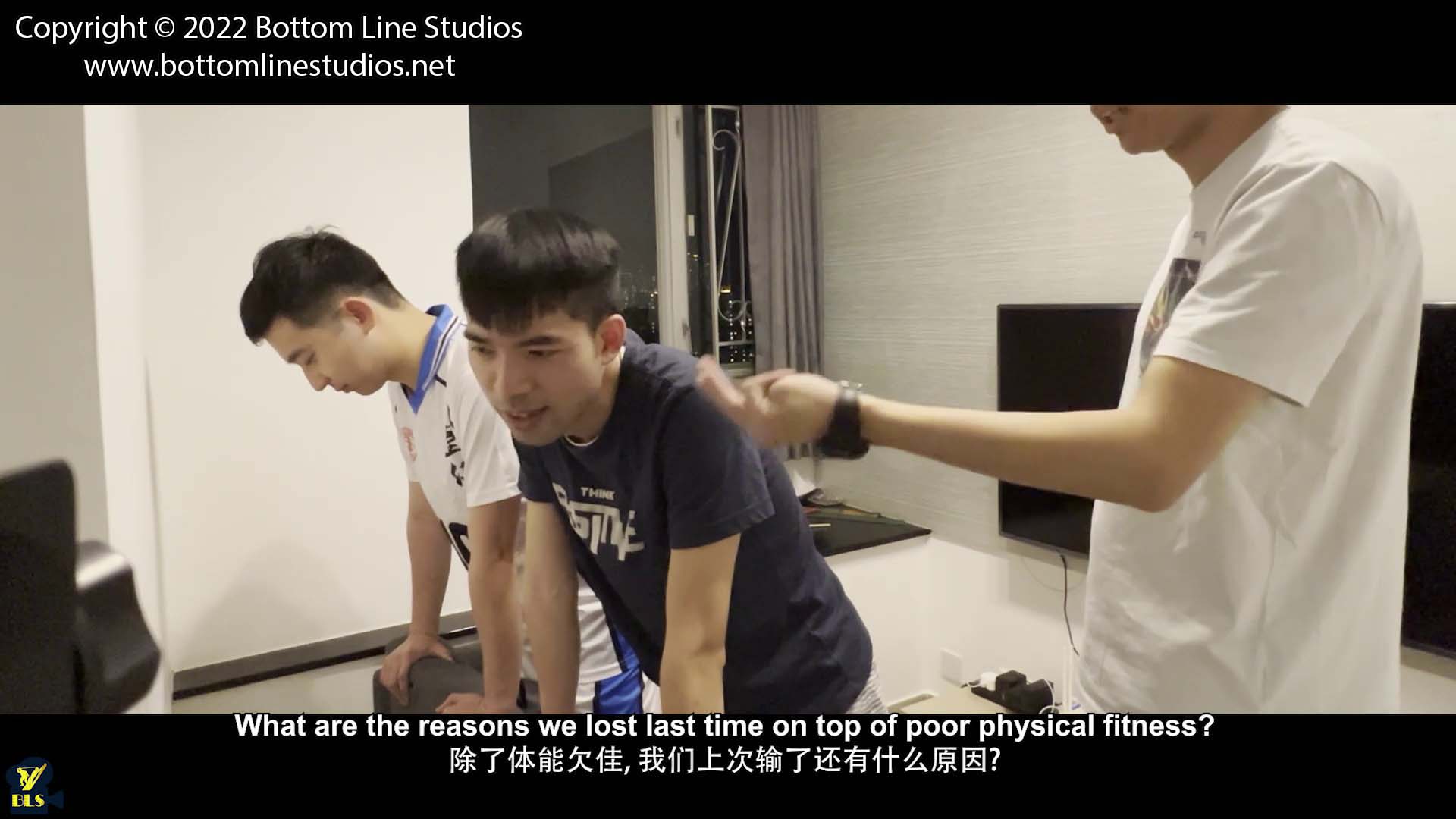 As the day comes to a close Coach Joshua isn’t quite finished yet with Peter, but his attention has largely turned to Assistant Coach Jason, who has been responsible for the team’s physical training with rather poor results. For this he is heavily strapped and caned; with some strokes going to Peter for good measure. 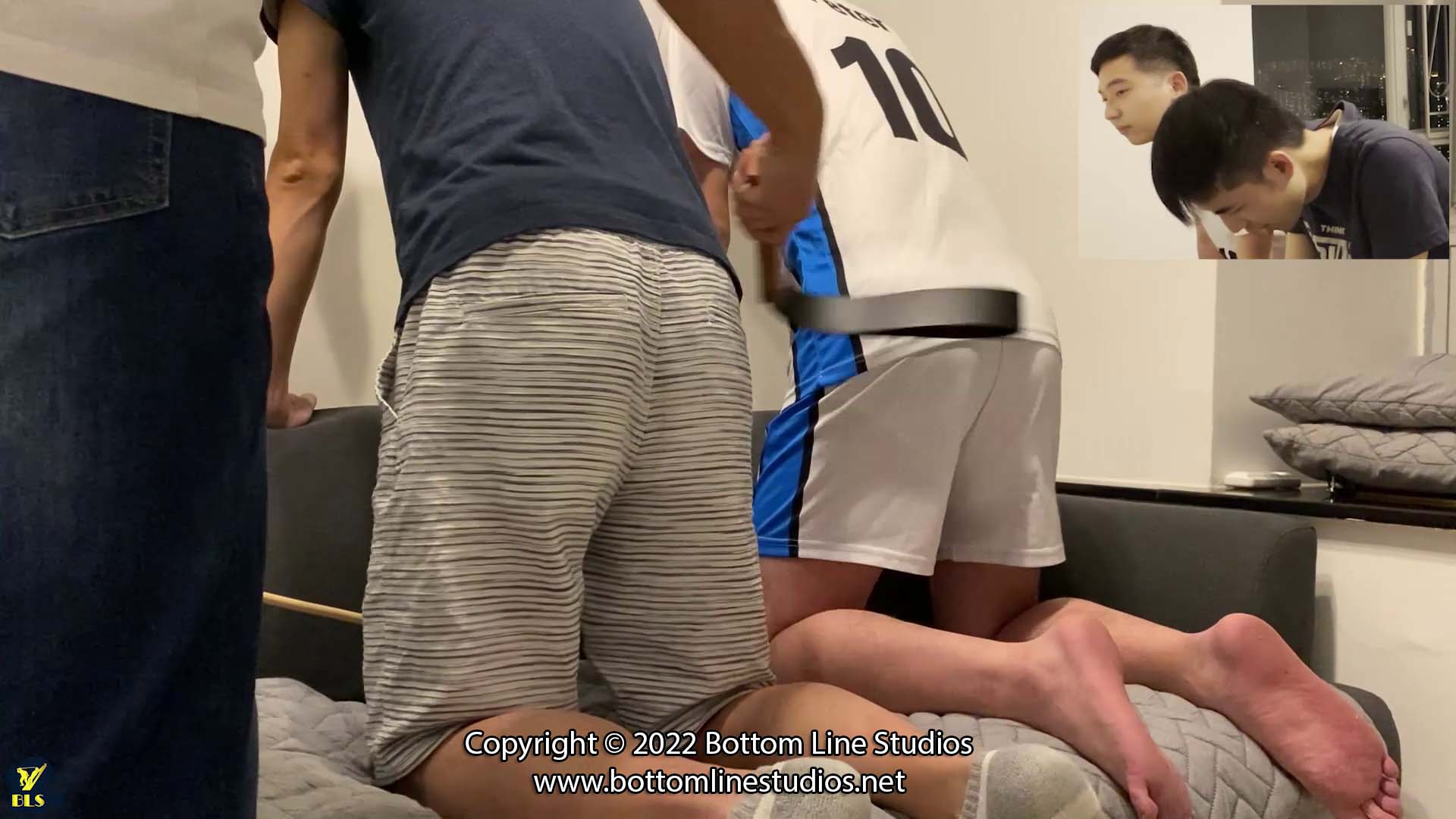 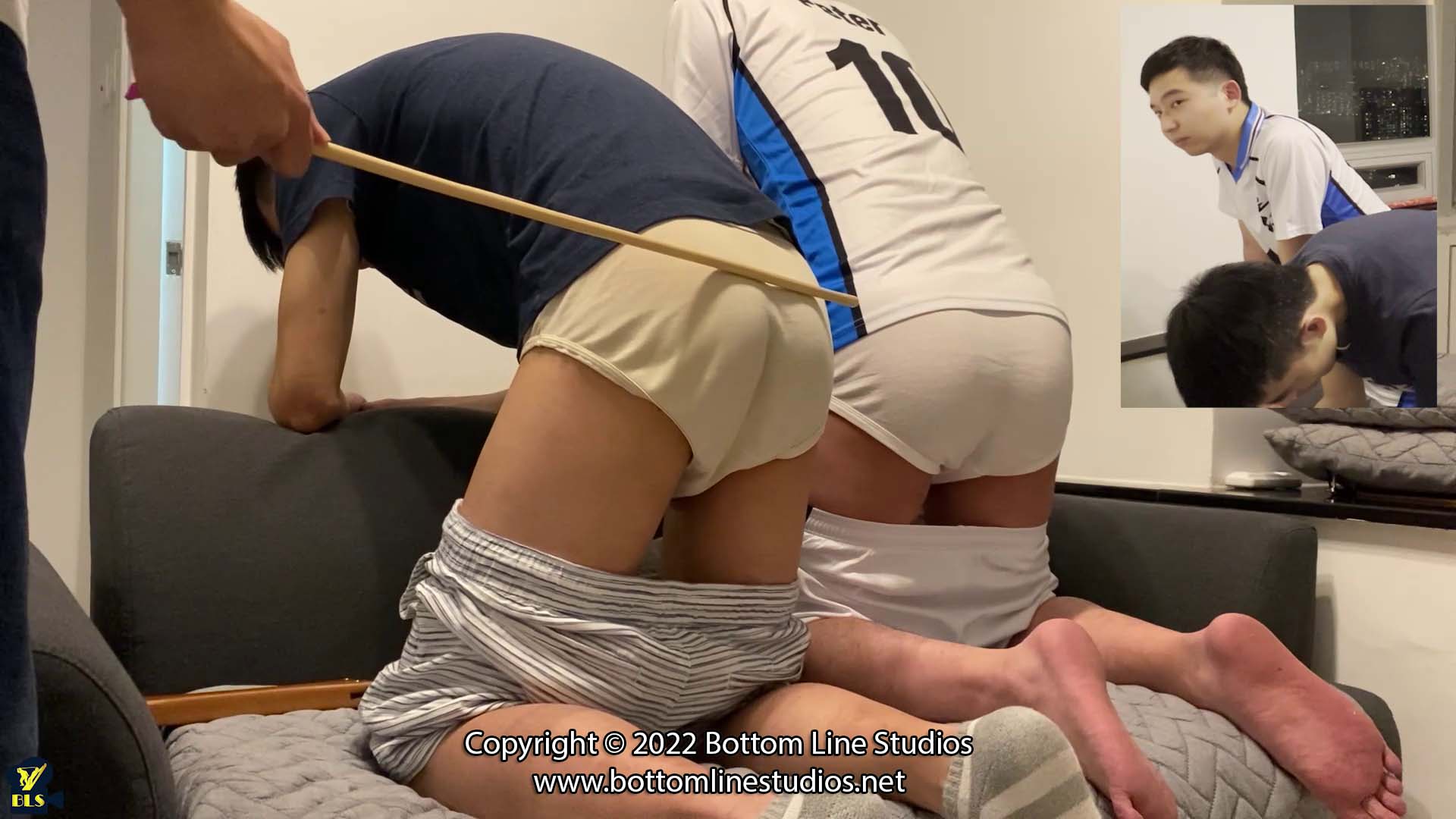 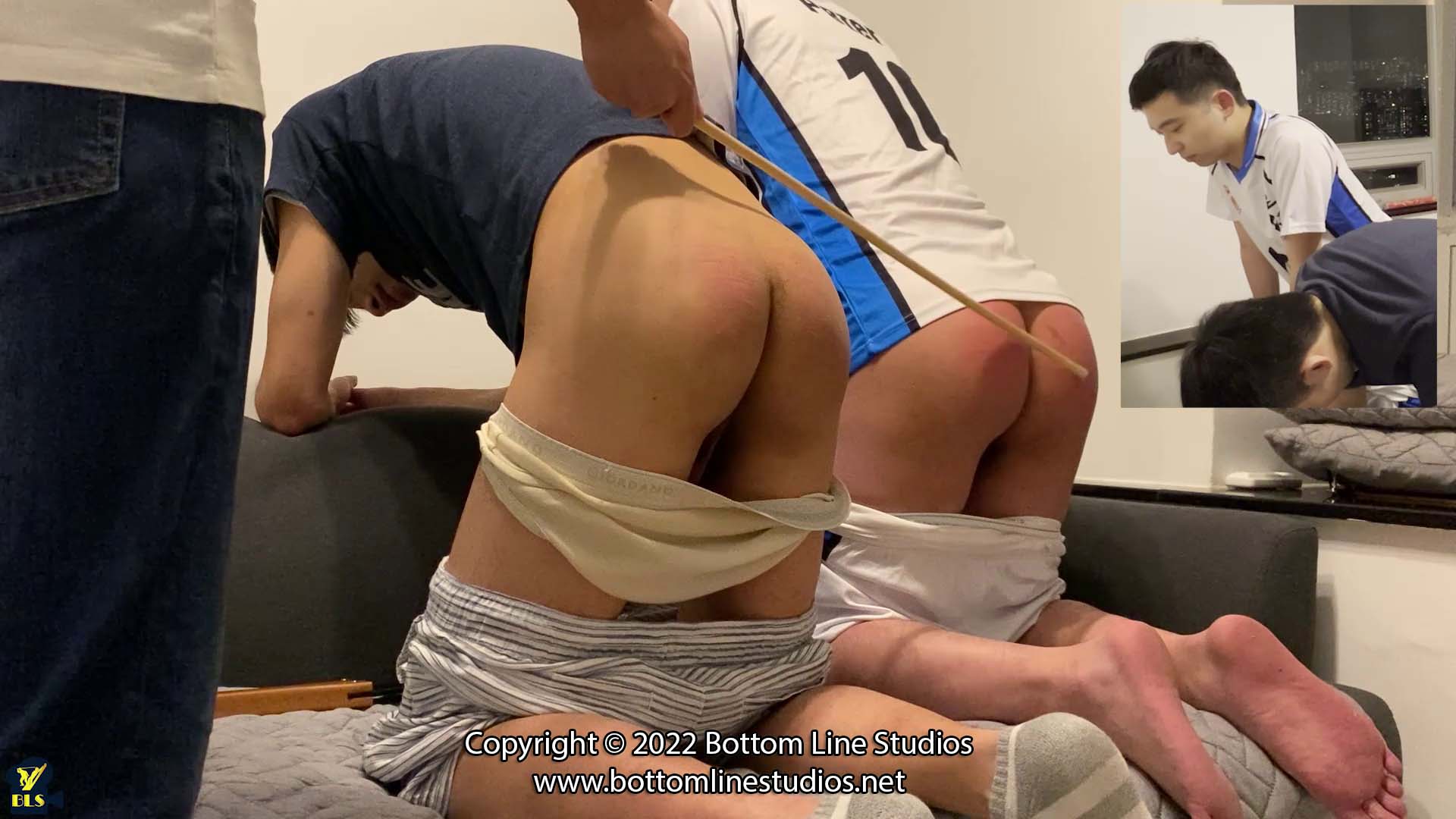 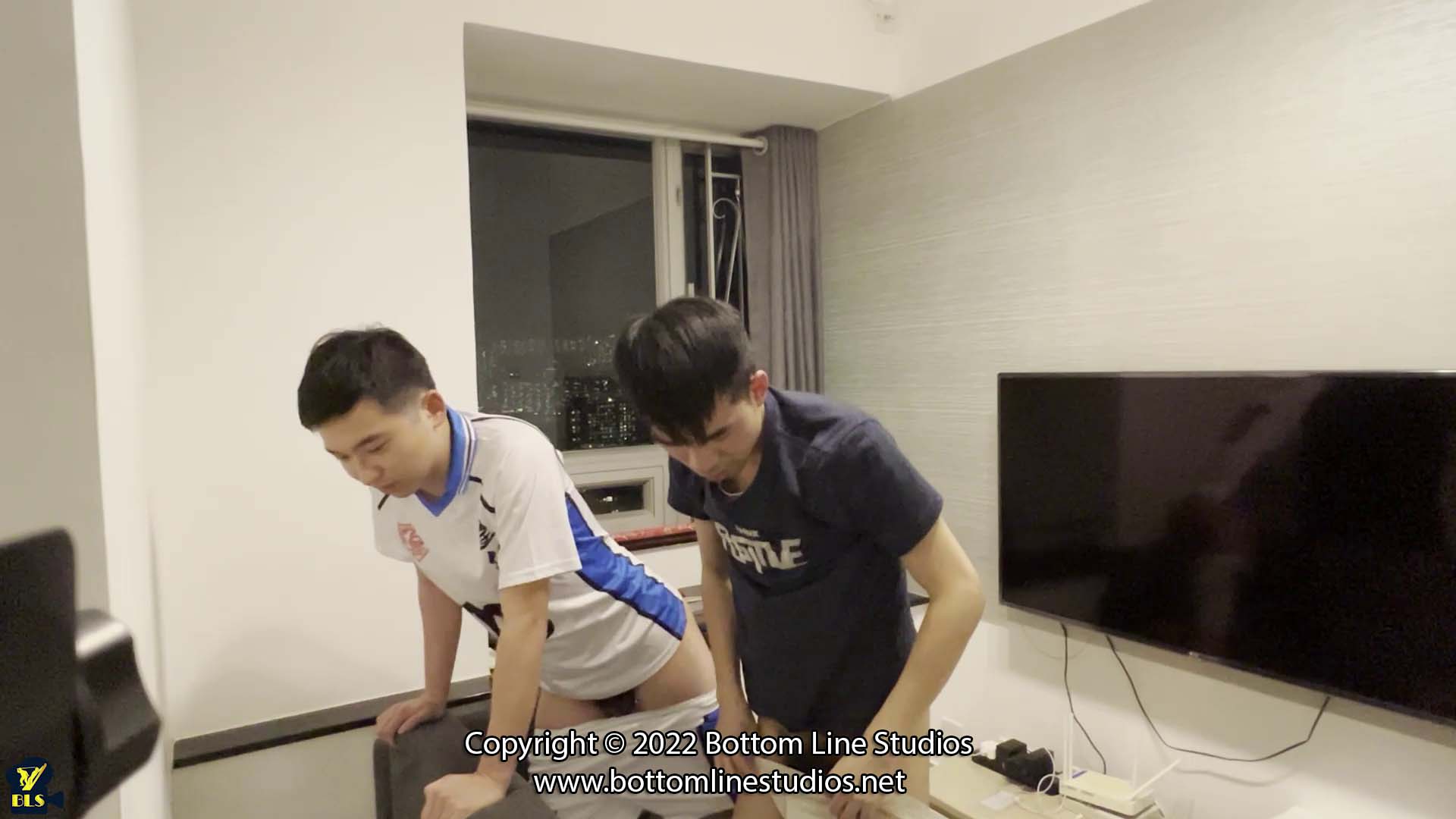 Poor Jason! Promoted as previous year team’s MVP (well, actually least-inept player and sole scorer), posterior-punished plentifully as permanently-predictable, to assistant coach, he presumed to pass from primarily-punishable to -punishing, the preferable part in the painful posterior-punitive-plentiful preceptoral process, and enormously enjoyed this state of gaily-gruesome globes-gruelling grace the full first term, following orders to spank to tail-tender-tanning-tariff or optionally offering poorly-performing pristine-player-puppies a slightly-milder arse-ache-alternative -never mean by his own choice- to head coach’s copious canings and lavish leatherings.
Alas, as the team’s frequent failures frustrated fulminating fathers from fall to February, a school board meeting is called, to consider coach staff-booting, so head-coach had headmaster hastily approve an alternative discipline doubling, where for each aspect of problematically-poor player(s)-performance, the poor pertaining program assistant coach is to be lined-up with them, suffering the same stern seat stripping – and spanking stages, super-cynically to spare the savagely-severe submissive-spankee-seats-sorrily-sore-striking strict Sir the simple boot as clueless coach, a cruel case of Confucian covering the cane-wielder at any cost for cur cones.
It won’t work anyway, as although all their abject adolescent arses are upended and agonized again and again, the scores stay shamefully down, buck-stop Jason is in July sacked both as head coach and PE master, Joshua promoted to both, only headmaster will still harshly hide his humble-hound-heinie lined-up starkers shower-wet with the whole team for Sir’s sturdy strap after every lost match, which becomes much rarer as recruitment is rationalized, reaping really-talented rather than relation-recommended receivers and offensive other-origin players, no longer a looser team of finest Chinese ancestry but mixed with a poor ‘white trash’ winner-teens school, which benefits most from a mutual free tutoring program for their athletic talent and academic potential, so players progress lots less learning lessons lower-limbs-limp-lashed, much more making mates and meaningful exercises.