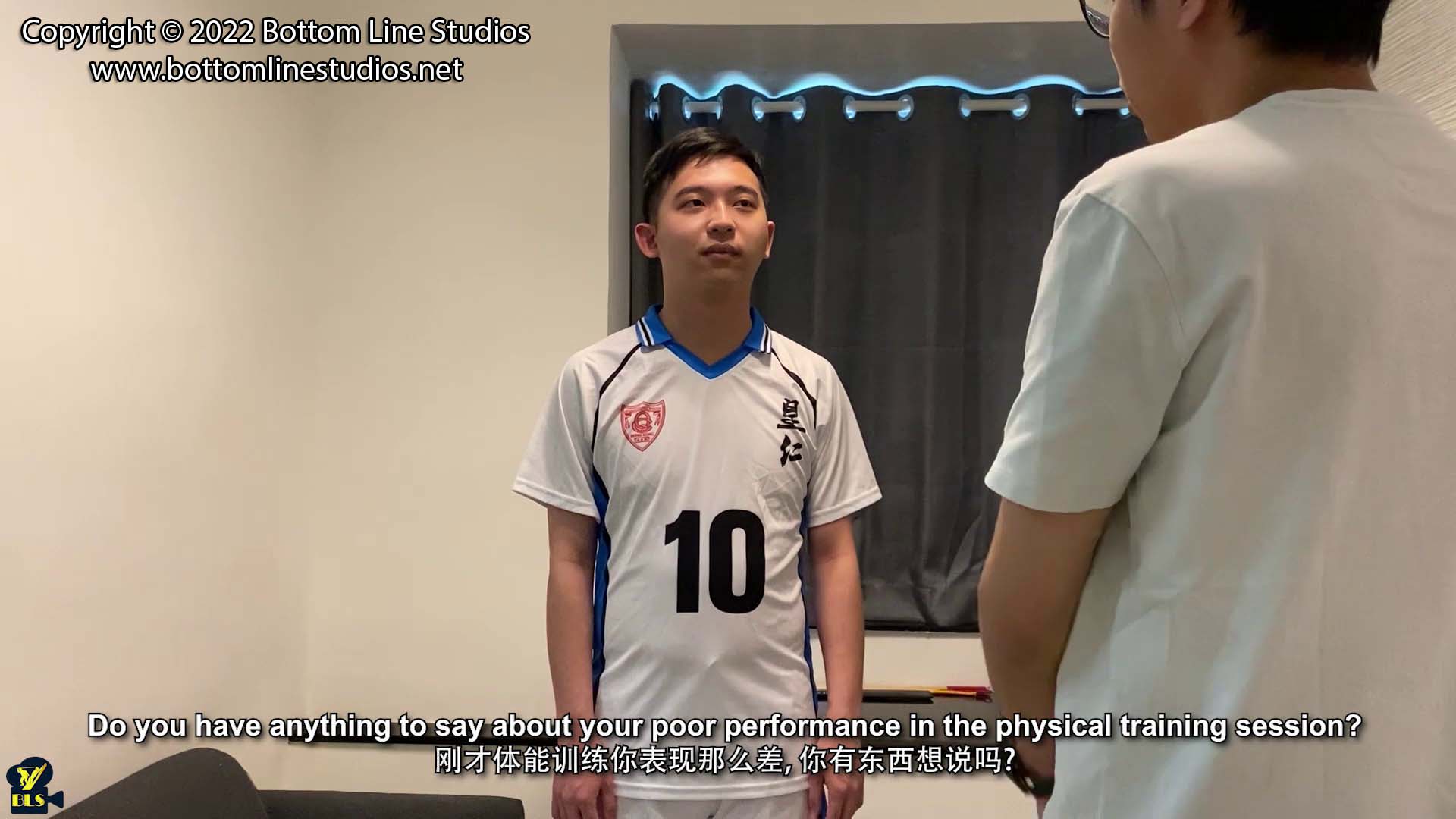 Up next for some football discipline is Peter who also has communication issues with his teammates when on the pitch, as well as low stamina stemming from poor physical training. Coach Joshua encourages him improve with the cane and paddle as well as a dose of bastinado 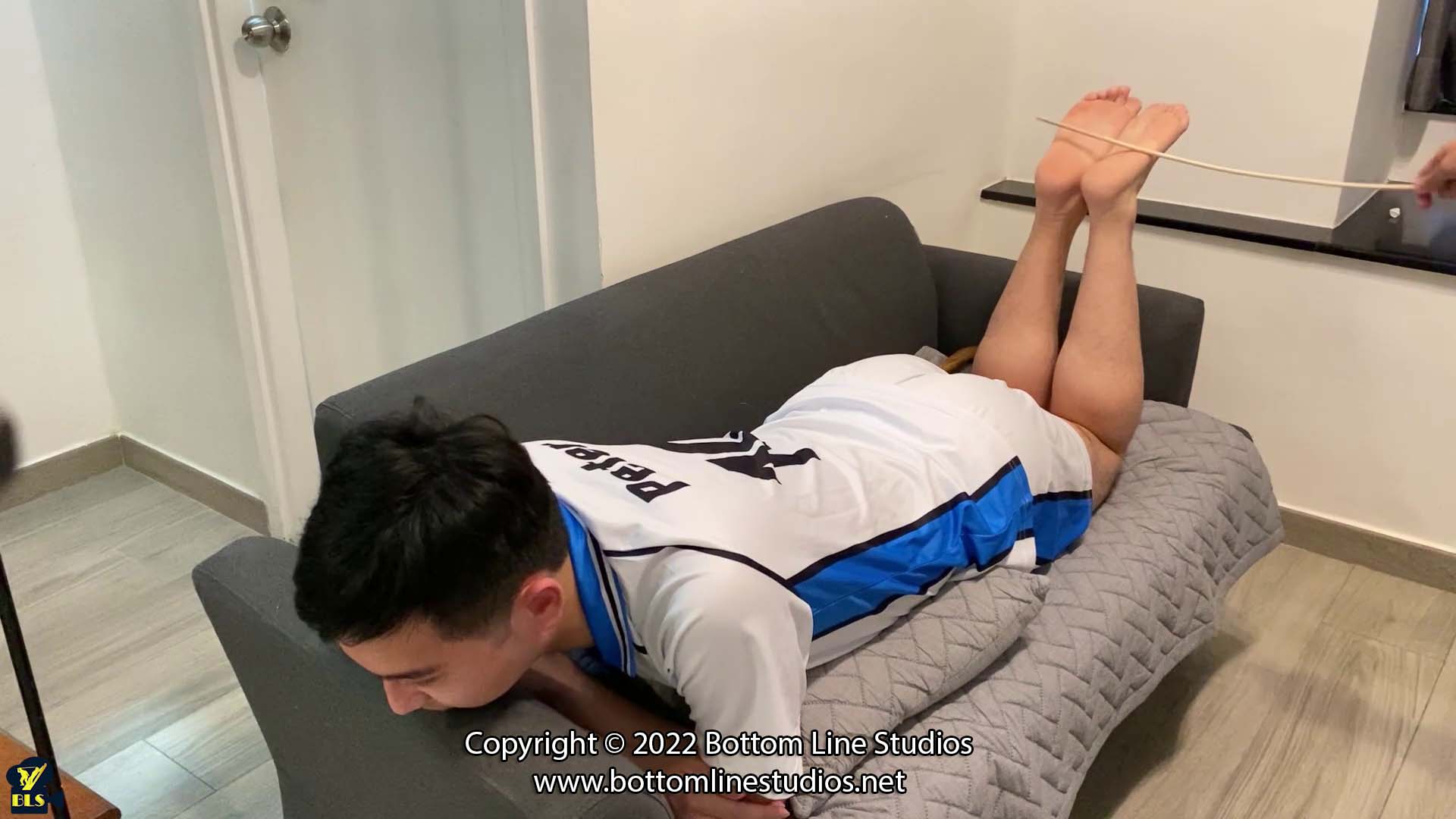 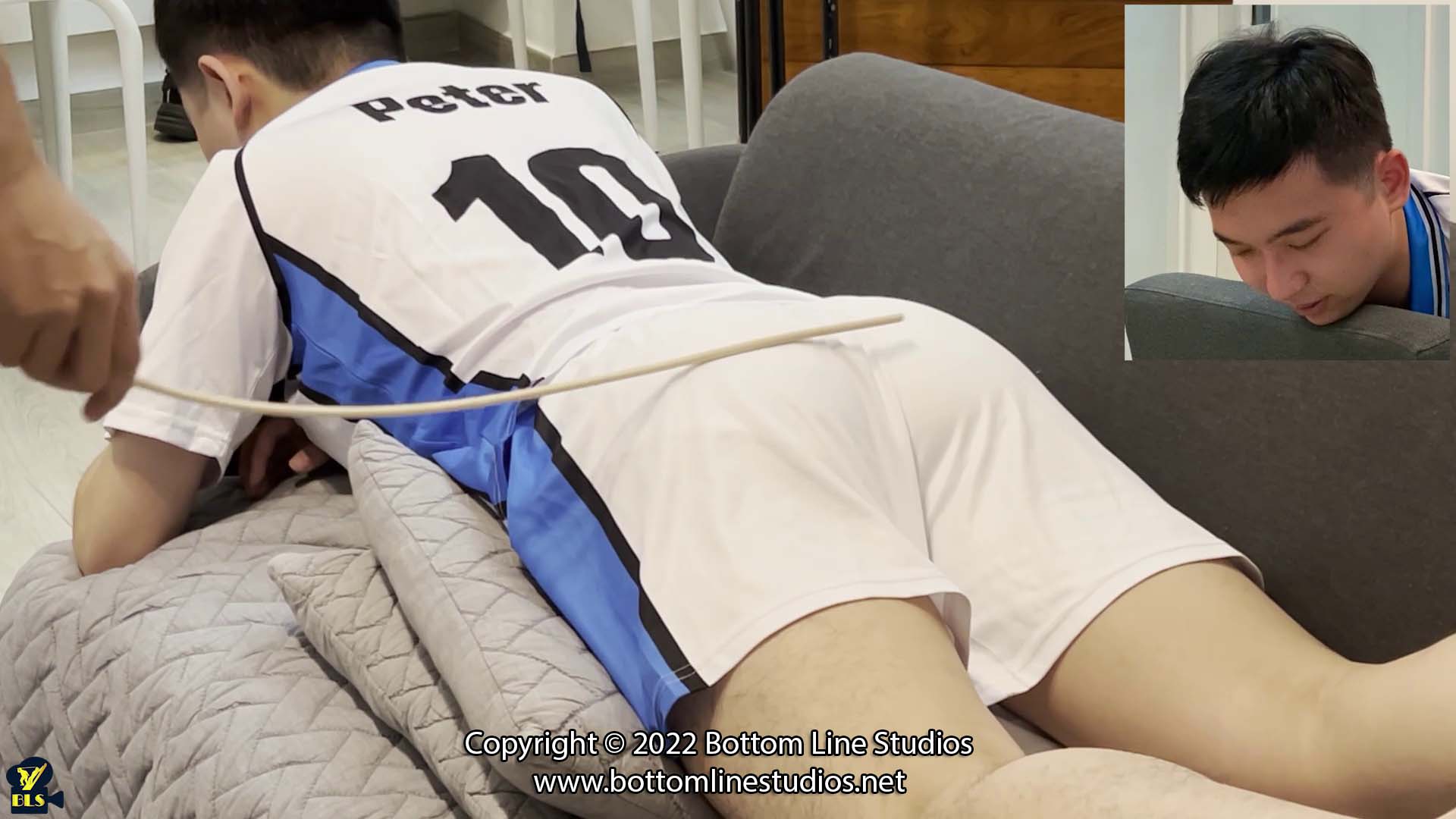 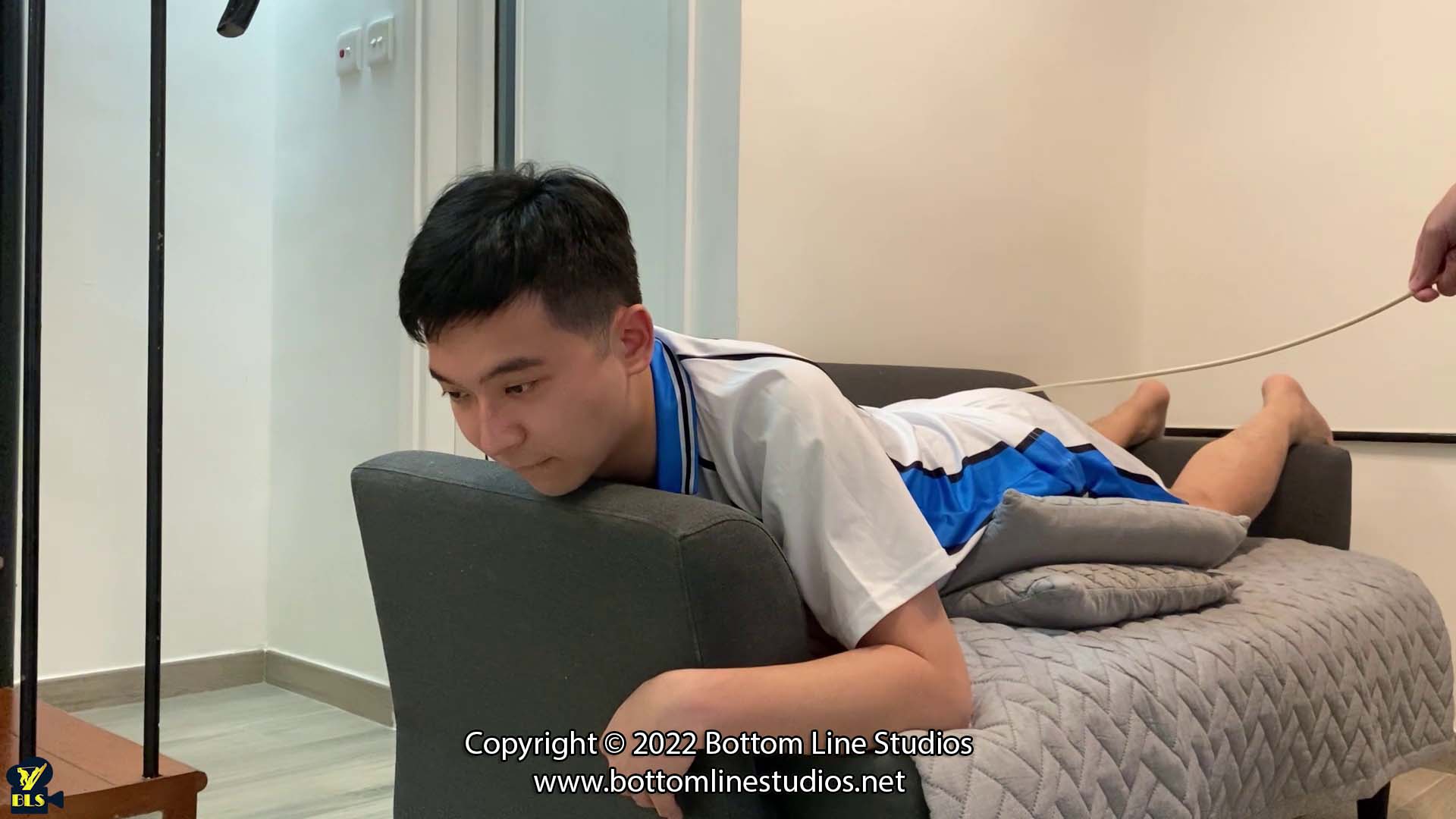 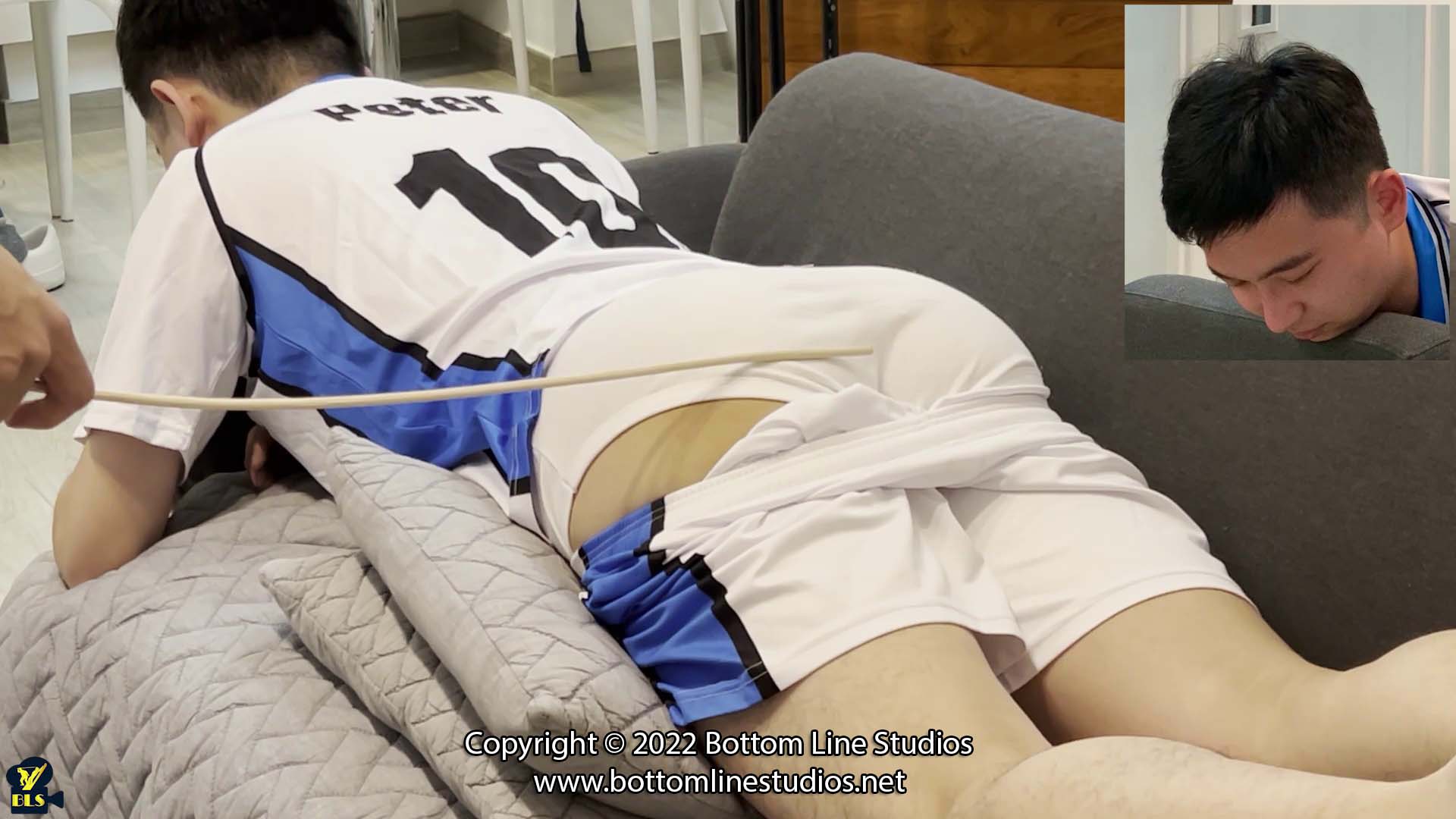 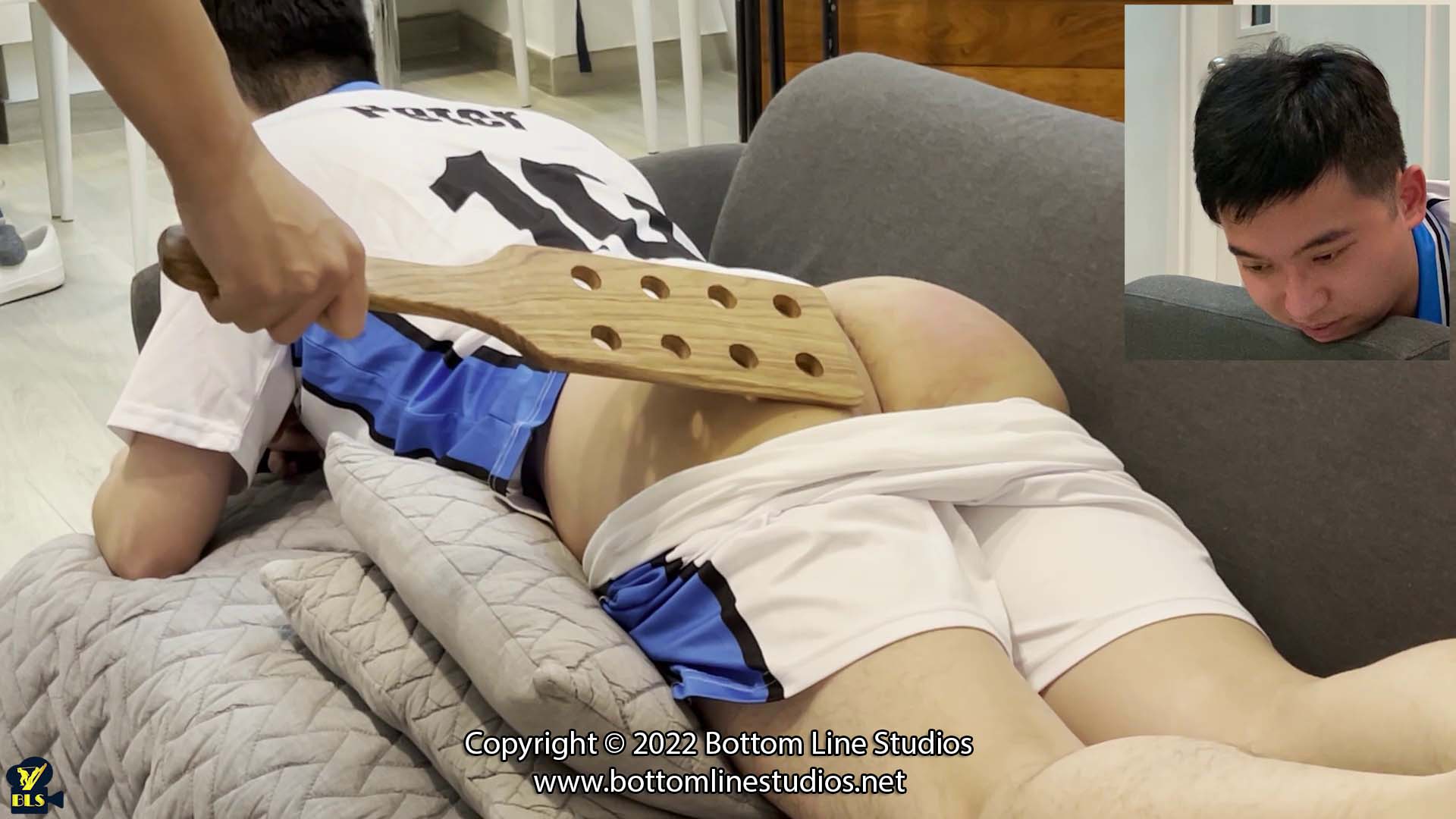 Peter’s ‘puisne peer’ teammates, and even coaching assistants,crossly kind of covet this kid’s  ‘curiously cushioned cur condition’, as cousin of the ‘sovereign’ schoolboard chairman, the power behind headmaster’s throne, whom all school staff kowtow to, and filthy-rich main team sponsor, on contractual condition his kin’s team gets consistent Confucian coaching, and ‘conventional commanding clan-respect’, which by codicil small print also means Peter can only be posterior-pain-punished as privately as possible, privates-privacy-protected (pants-on) or -privated in person by the primary punisher: headmaster or head coach.
His teammates don’t quite take in account Peter personally presented and piously promised to privately prefer the posterior punishment permission-slip his pitiless-punishment-prone pa penned-down, praying for no preferential or petty punishment, please pound the puerile puppy privilege-privatively as plentifully and painfully as his peers. So when the others just drop trou and turn the trembling trouserless trainee-tails to the towering tush-tormentor for a tender-tanning thrashing, cursing the commanding-clan-kid watching them dressed, he must wait for his turn in the office, alone, abject arse afflicted ablaze as the others’ agonized arses are already ache-appeasing a bit.
Furthermore, the CP codicil contains a clause conferring to coach the complementary castigation loco parentis in the many cases his pa is away on business, about as he would get on arrival back home, greeting strict Sir bare-balls hand-spanked hard OTK to assess his asinine-adolescent-attitude-attracted ablaze-agonized-arse-aches as he contritely confesses his castigated crimes and sins, next still naked fetch the cane between his buttocks to be beaten by both bastinado (standard his age to put him in his place) and butt-blistering on bed, ‘double dose’ (without deduction for milder attributes, two dozen for a hand-spanking) whatever he got at school or elsewhere, only here coach keeps the cane handy and this cur on cushions, administered before Sir’s own holed paddle as symbolical deference to the higher power at humble-hound’s hell-hot-hiding-happy home, and keeps a record till Sir is home to decide -as he almost always does- nothing beats the real thing and hide Peter domestic style all-over minus one cane-cut anyhow, making sire’s return home as much feared for the fast-following fatherly-follow-up-floggings-frenzy as anxiously-awaited to end to terribly tally of teen-tail-torment-tripling.
Peter couldn’t conceivably question as clan-cur his harsh-handed-handlers’ wisdom to bare and beat his brat-bottom bountifully, for the brutally-butt-beatable boy’s best behaviour-bettering-benefice, yet can’t help secretly wondering why his mates, cursing him clothed as they drop-trou in front of him frequently for fanny-flailings, may not learn he actually has it harder on his humbler hide here and at home, waiting longer for worse whooping-sequences, while wondering which whippersnappers get it globes-gruelled-glowingly about as gruesomely ‘good’ back home for follow-up.