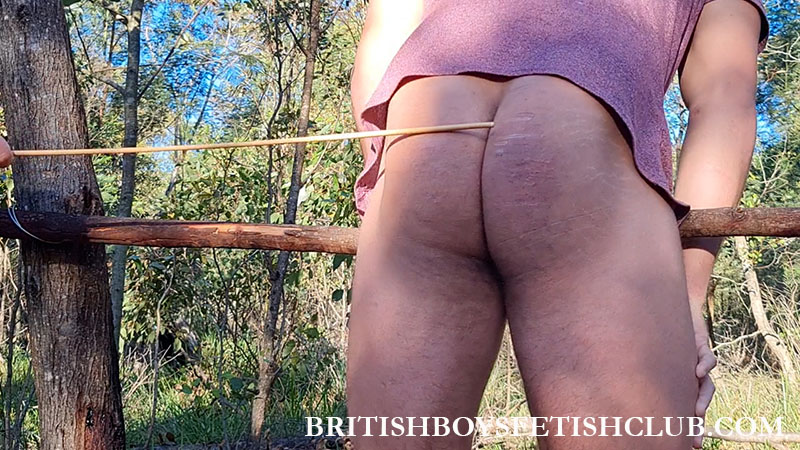 The first clip in BBFC’s brand-new cooperation. Gymboy is the first to appear in this exciting new series. A straight guy who is getting his first outdoor session with the cane. 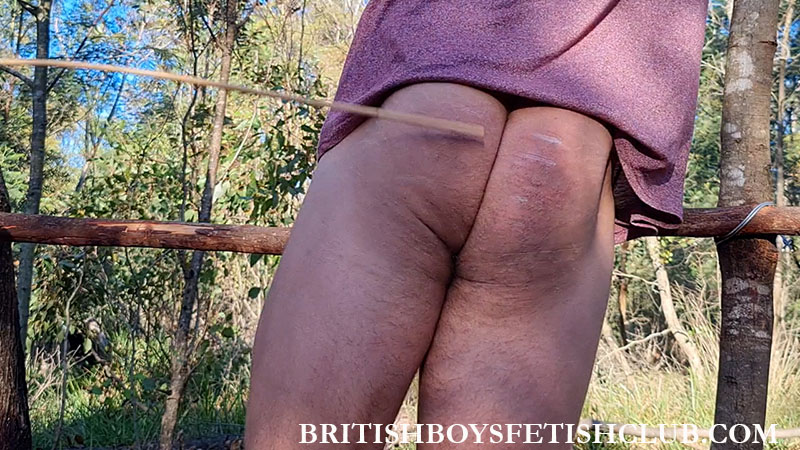 Click on the Continue Reading tab below to see more – Warning this update is more severe than we usually see from BBFC. 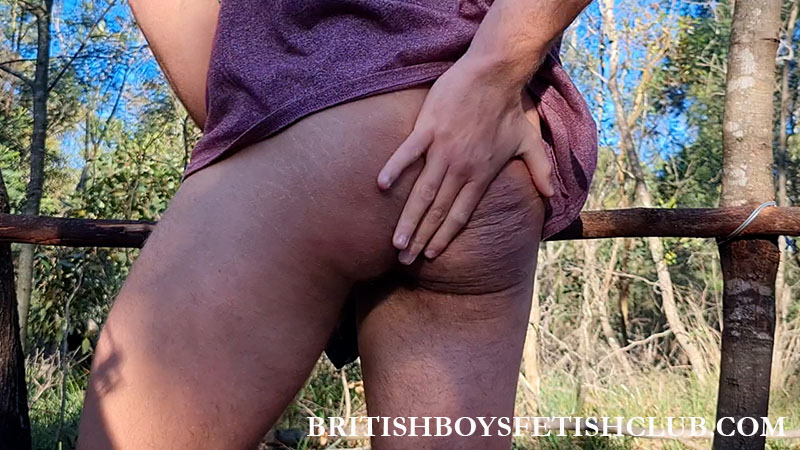 These clips are for spanking purists and show how things really go when a new guy turns up. Theres no frills and waiting just a good hard hard set with the cane. 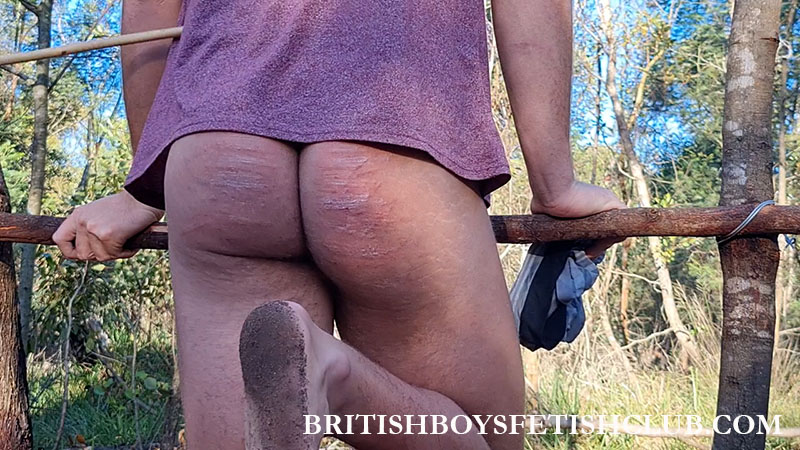 Real reactions and real welts. And this is just the introduction clip, theres a lot more to come with DomTon and his guys. This is a must have for cane lovers everywhere. 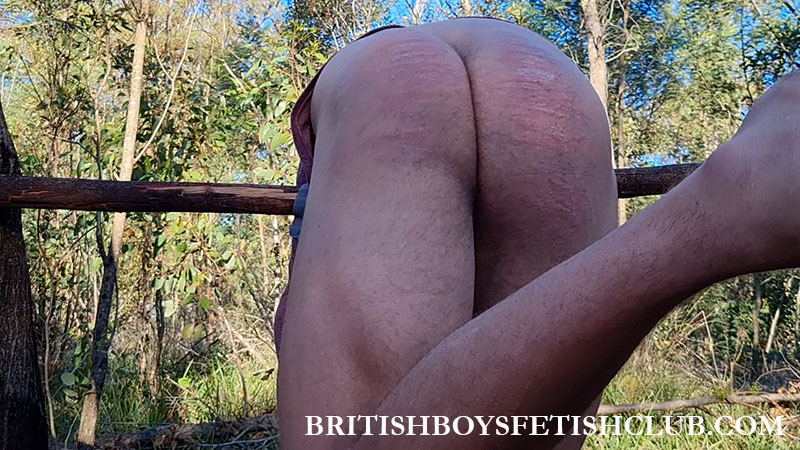 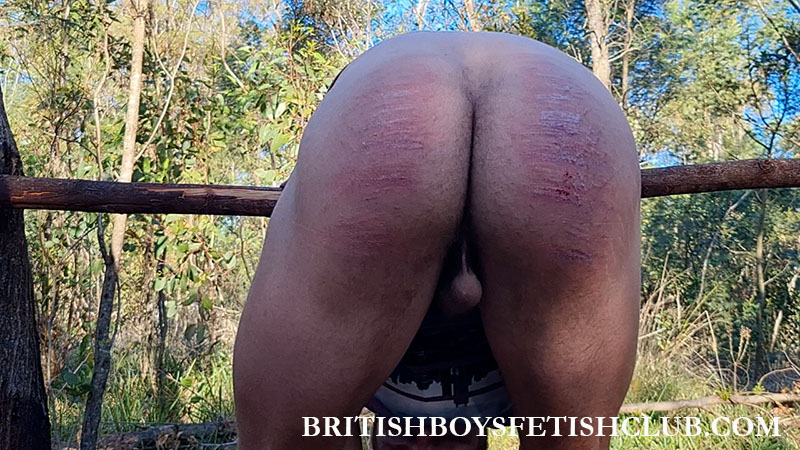 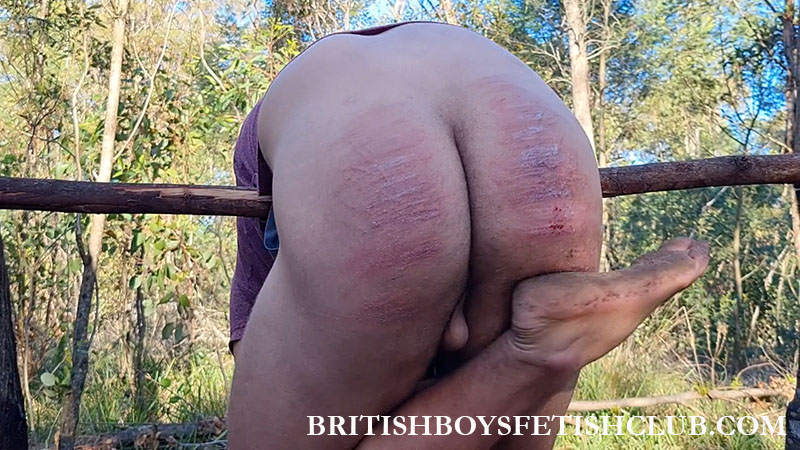 Jim ‘gymboy’ may still be dirt-poor and blazingly butt-beaten bare-balls all the time, he counts himself lots luckier lately. Jim’s family never was wealthy, but(t) when his father Fred ‘ferret’ was caught stealing in the master’s castle, the idiot was fired as kitchenhand, the family was thrown out of the staff quarters, Fred went to jail for a year, never found another job as nobody dares counter the vindictive lord of the manor, lost unemployment benfits after a year as ‘lazy devil’ and depends literally on petty alms from church, leaving the family homeless and hungry every day, which fatally-frustrated, furious father Fred took out on Jim and his brother Jake, in turns making them cut a fresh switch in the lord’s forest to flail their frockless fannies for a few foppish flaws, full-failure Fred’s only feeling in control all day after every meal or rather instead of another missed one, leaving the neglected knaves -no fee, no school- cry themselves to sleep slowly on a hungry belly, always after-agony-aching-arses-up awfully ablaze as-well without any fault of their own, when one actually deserves punishment his brother is ordered to flog and fuck him ‘so both learn a lasting lesson’, and anyone complaining about either brat is invited, no questions asked, to put the ‘naughty’ knave naked OTK, a favorite passtime for several villagers, warmly welcomed by Fred since the vicar soundly sermoned they must then be charitable enough to leave a few pennies -rarely a pound- ‘for soothing cream’, which the brats are happy to see saved-up by the sexton, so Fred can’t seize and squander any, for the boys’ Easter and Christmas treats in the vicarage, including donated clothes, which they are careful to keep in condition by stripping whenever something spells CP.
Jim got nicknamed Gymboy because his wretched-worm-way wriggling whenever wickedly-well-whooped is a wonderful ‘worshipful workout without wailing’ for spanker and spankee, whence he’s practically-always preferred over his bashful, bawling brother.
Fetching a fresh flogging-switch from the forrest for fiendish father’s filial-flannies-flogging-fun, Jim was caught by the ailing lord’s recently graduated son and heir, master Max, now acting as castle steward, who threatened to call the police about the trembling teen’s trespassing, thus learned Fred and family’s fucked-up fate from the fearful fledgling begging on naked knees for any informal CP as they could never afford even a feeble fine, and realized he had everything a prince could wish except slavishly-submissive serfs – until now.
So a strange, suitably-sadistic deal was struck, sealed by soundly switching the stripped squirt scarlet-striped by ‘serene’ smirking Sir, styled Strict Sire hence, who lets them move into an empty barn on castle grounds, pays the knaves’ village school fee (albeit years behind, their ‘bumbler brat behinds’ being bared and belt-beaten for being badly behind on every subject) and ‘hires’ them as humblehound henchmen he may spank on the bare whenever he pleases, throwing in kitchen scraps to feed the family and ‘allowing’ Jim -he may keep the prescribed ‘contraband’ as bonny bonus-  some staged poaching and vegetal thefts from the forest, arranging every weekend or holiday for some guest(s) as avid audience to witness the knave beg on naked knees to be ‘blissfully brutally’ bottom-bared-and-beaten at Max’s (dis)pleasure, fetch a fresh switch and strip for flogging, followed by red-raw-reared rides over Sir’s and every adult guests’s knee as long and hard as they please, which is usually about as long as all he-hoods harden happily and as hotly as his helplessly-hit heinie heats. This meekly-mounted-male-mounds-martyring-marvel makes an invitation from Max among the hottest in high society which previously ignored the low gentry manor, at least equalled to any palatial garden party, even junior peers accept avidly and an incognito royal discretely arranges to be asked alone annually as birthday-spanking-inversion.
Jim is now the head of the fearful family, who makes Jake fetch a fresh switch on Fridays and thornily-thouroughly-tain-tender-tanning tries its thoughness out on crossly-cursing Fred’s frockless fanny, further frightfully-fit for a few fair flailings for his family’s flaws and far-from-fair flogger-fun as fair favor-return for Fred’s formerly-far-too-frequent, further-from-fair filial-fannies-flailing-fun. Life is still heathenishly hard on his harshly-hits-heated humble hide, but(t) hopeful and Jim thanks God and Max for being now on both ends of the eerily-exposed-endurances, which finally feels as his and Jake’s fair share.