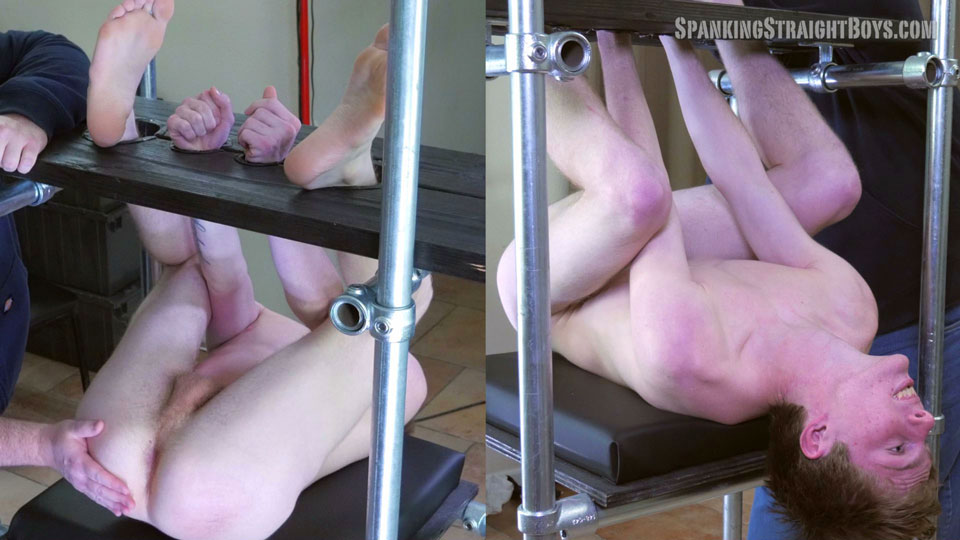 Xander, age 19, is back for his second spanking. His first spanking took place just yesterday. As a result, his butt is already a bit bruised at the start of today’s spanking. It’s still a bit sore. That is a rough way to start today’s long, hard spanking. 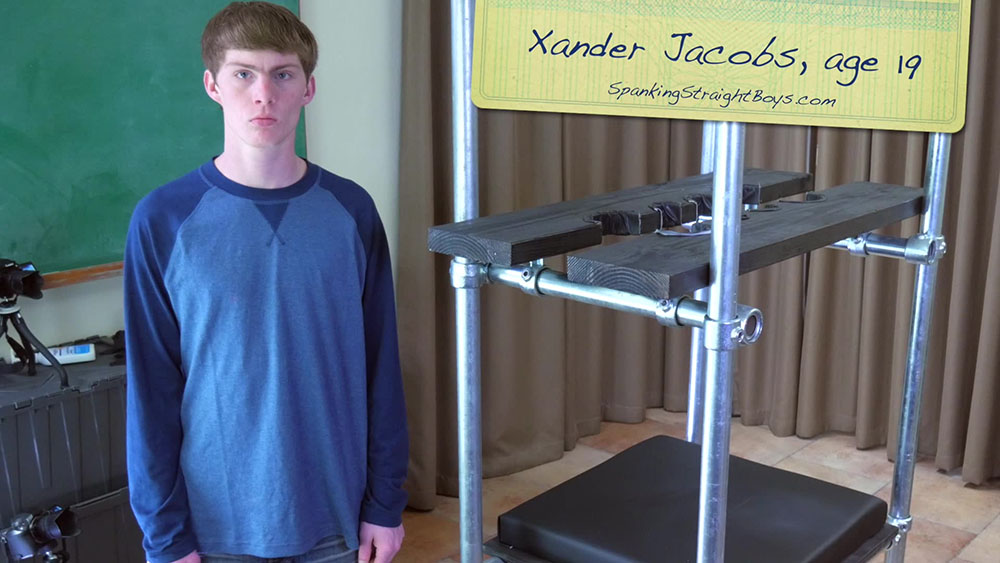 Xander didn’t know what was in store for him when he arrived. He knew there’d be more spanking, but he had no idea it would involve bondage or a hulking piece of equipment like the spanking tower. He couldn’t figure out what the tower was at first. He thought he’d be bending over it with his elbows resting on the cushion! He soon learned otherwise. 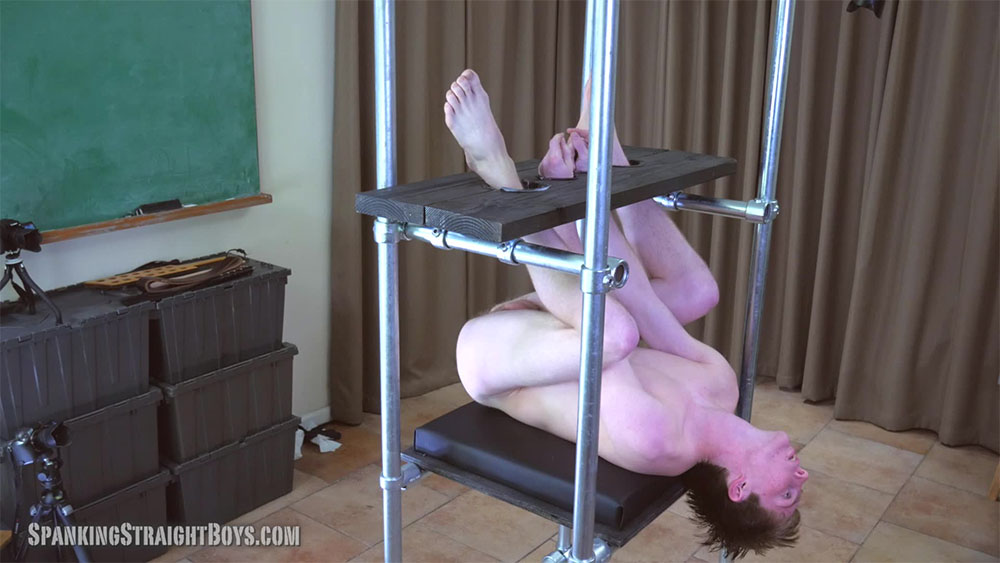 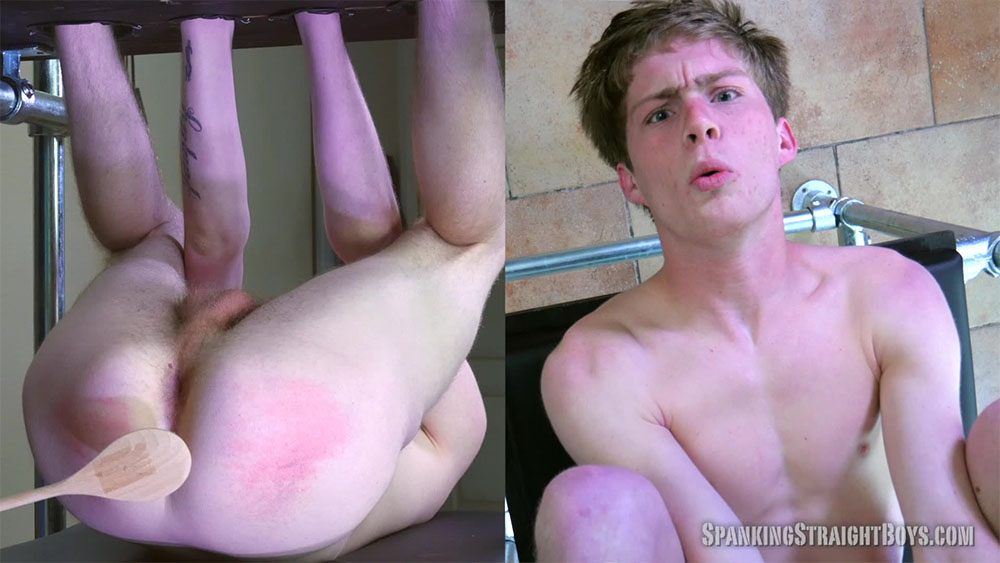 This is a hard spanking. Tom uses his hand, a wooden spoon, and a leather belt on Xander’s already-sore butt. He also uses a riding crop on Xander’s butt and feet. Xander struggles with all of it. Like the other boys Tom has had in this position, Xander says it hurts more because his butt is stretched tight. More than that, the spanking tower itself is uncomfortable because the occupant’s hands and legs are restrained in an awkward position and there is no headrest. Xander jerks and writhes about as his butt gets redder and redder. 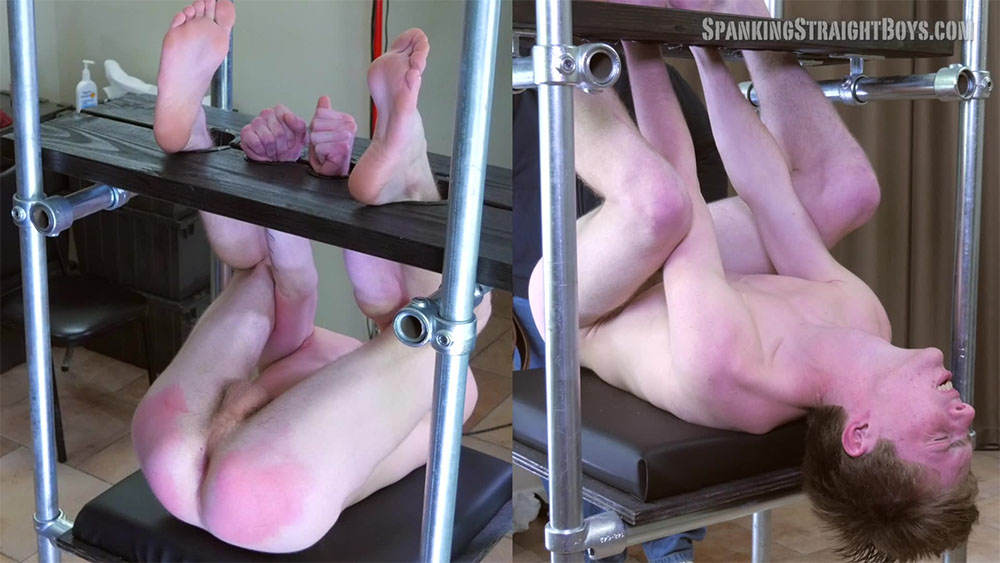 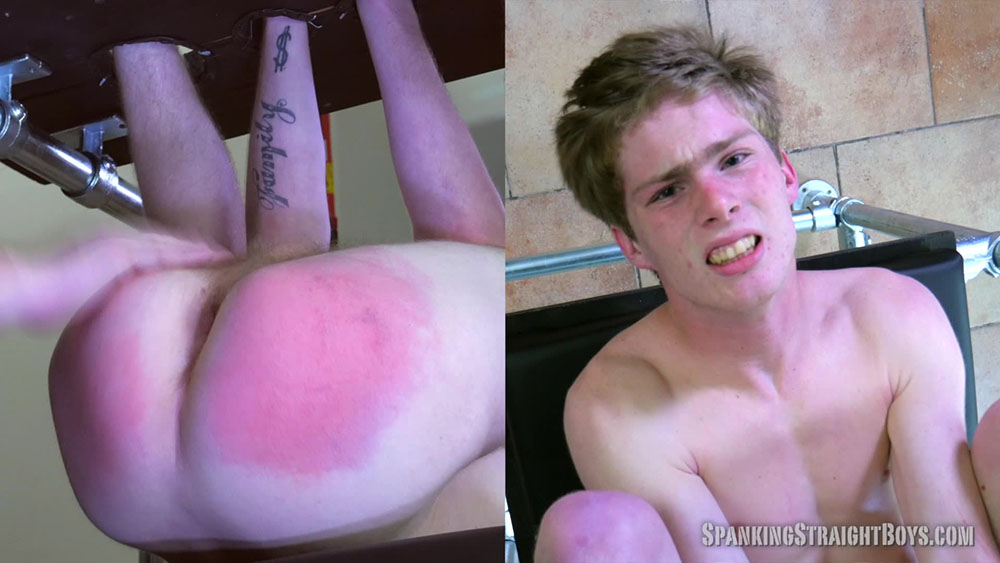