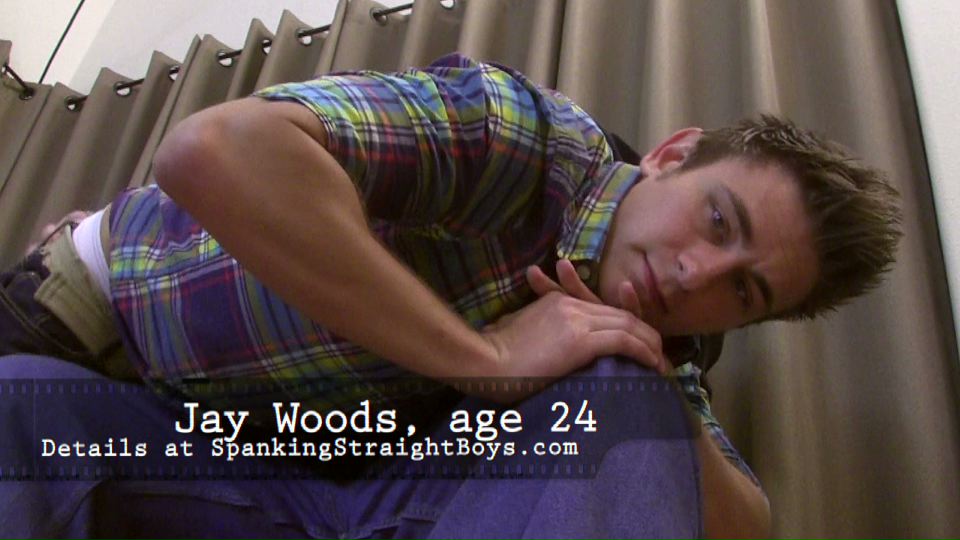 Jay is a 24-year-old straight boy with a firm, round butt and a huge dick. It has been six months since his first Spanking. Tom really didn’t expect to see him again after that much time, but Jay was in bad financial shape so he got in touch with Tom. Tom told him this spanking would be harder.

Jay is one of the boys who Tom thought might walk away from his first shoot if Tom had told him to go over the knee. However, if the first shoot isn’t over the knee, the second will is, so Tom puts Jay over his knee for this video.

Click on the Continue Reading tab below to see more pictures and the video preview.

Jay doesn’t handle being spanked well. His eyes become damp with tears early on. Tom spanks him by hand, with a ping pong paddle and with a metal ruler. Tom also uses a Wartenberg wheel. Jay’s butt is red and tender by the end of this video.

I likes very much this video, but several times I have told you that the Lads have be spanking naked and watch them in front and back side totally undress. Thanks.

Hi Armando – Not every video can satisfy every viewer. There are a great many viewers that want to see the boys spanked in various states of undress. As far as this particular video is concerned, this is just part one of the video. He does get naked in part two. The boys get completely naked in the vast majority of my videos.

It is only when a spanking or caning has been administered by a disciplinarian than a sinner understands what punishment is ,