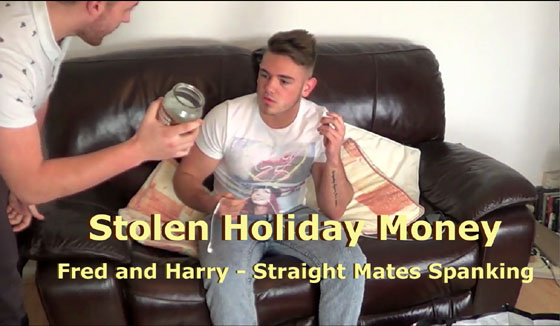 Stolen Holiday Money: Harry wants new clothes and shoes. He is only 18 and has not yet worked out that you have to earn money before spending it. So he decides to ‘borrow’ his flatmate and best friend Fred’s holiday savings and go shopping. Fred comes home and finds out his money has been spent and is incandescent with rage. 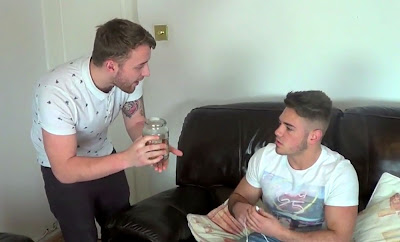 Harry can’t understand what the fuss is all about as he can pay it all back on Friday when he gets paid. Fred explains that he needs the money immediately to pay the deposit for his holiday. Harry confesses that is already spent the cash… 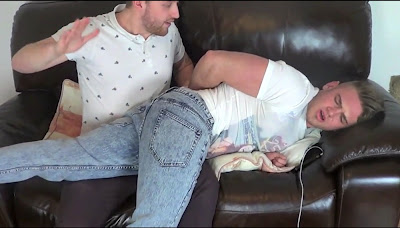 Fuming Fred grabs Harry in rage and drags him over his knee. He decides that since it is £300 Harry should receive 300 spanks. Harry is powerless in Fred’s strong grip and has no choice but to accept his deserved punishment.  What results is a very real spanking that shows how lads sort things out  when friends take advantage. 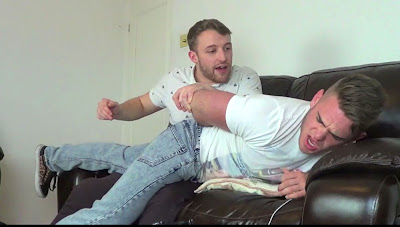 A protesting Harry is spanked on the seat of his jeans 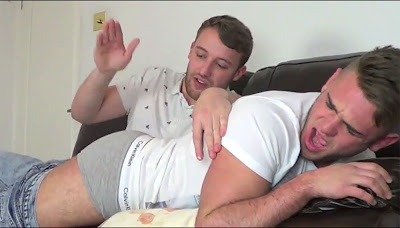 On his skimpy underpants 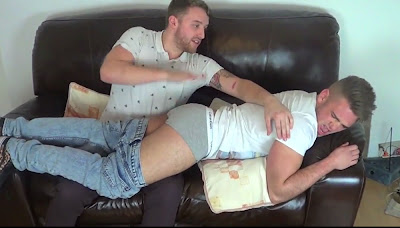 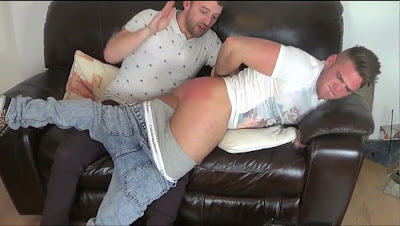 and his beefy bare bottom.. 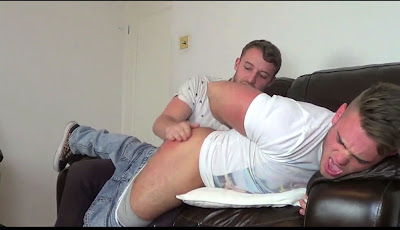 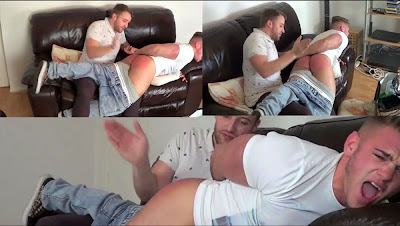 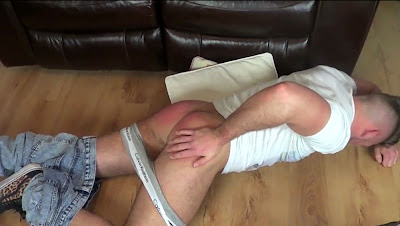 “So let me tell you more about this movie. Harry and Fred are real life best mates. There was a great moment during a break in filming when Fred said to Harry as he was over his lap, “how did we end up going from doing our GCSE’s (school exams in the UK) to this?” I fact, I may release some outtakes from this movie as they are pretty cute!

Plus stills and details about two other recent releases from Straight Lads Spanked:

Karl – Consequences of Cheating (Wait till you father gets home)

📂This entry was posted in Bailey Straight Lads Spanked