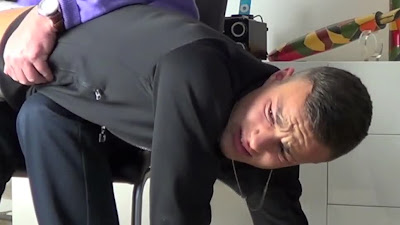 Scratched Car – Jonathon
Jonathon has been very naughty indeed! Not only did he borrow Stephen’s car without permission, he managed to scratch it as well! This is really going to affect Stephen’s insurance premium!

Jonathon tries to deny his crime when Stephen confronts him, but after being threatened with a tougher spanking, terrified Jonathon confesses all!

Stephen does not hold back and rips off his belt as Jonathon is told to lean over the table! He clutches  that table for dear life as the belt comes thundering down down on his bottom! The look of sheer pain on Jonathon’s face tells you exactly how much this is hurting!
The problem is that Stephen has hardly started his punishment!

Jonathon is then put over Stephens knee and has his already sore bottom soundly spanked.

As if that was not bad enough, Stephen has one of his friends stop by and Stephen decides to give his arm a rest and pass Jonathon over to this other guy! Jonathon’s bottom certainly does not get a rest as it is spanked further. Once his tight grey underwear is removed you can see how red his bottom is! The spanking continues though with Jonathon wriggling around and kicking his legs!

Jonathon will think twice before taking the car without permission again! 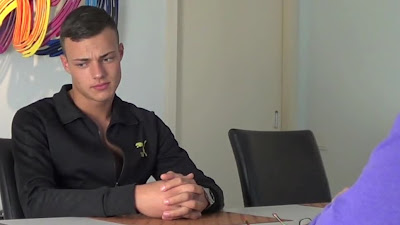 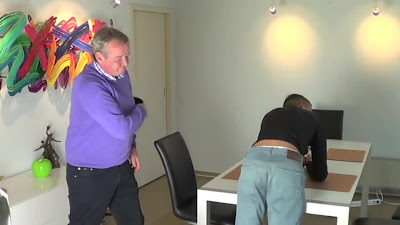 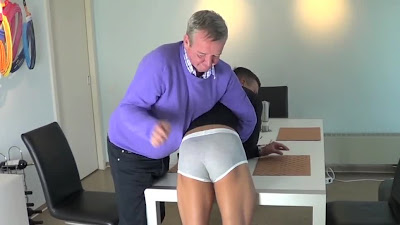 Video Preview Coming Soon!
At the present time the Magic Spanking Factory site is unavailable, so this video is available via Straight Lads Spanked.
Click here for purchase details

📂This entry was posted in Uncategorized